How can you possibly predict the unpredictable? 2020 has, for every person on the planet, been the most bizarre year imaginable – and now, as we look forward to 2021, it’s almost impossible to imagine what the future holds. The show must go on, nevertheless, and our annual PlayStation predictions are part of the New Year ritual here at Push Square. Here’s what we’re expecting from the coming 12 months.

E3 is over. Who knows what the state of the world will be next summer? Not me, that’s for sure. Nevertheless, even if it is safe to hold conventions in June – I don’t think it will be – I think E3 is done. You may recall, before the coronavirus pandemic ultimately pulled the plug, that many companies were backing out of E3 2020. I argued at the time that it may have been a blessing in disguise. But now I think the show is done for good: publishers have proven this year that they’re better off announcing games on their own terms, and there’s just no real purpose for this event anymore. COVID-19 will ultimately determine whether there’s a show in 2021, but I think moving forward this annual industry bonanza has had its day.

Starfield gets a full-price PS5 release a month after Xbox. The thing is, at the time of writing, Microsoft still hasn’t officially acquired Bethesda yet, and I believe Starfield is scheduled to release in 2021. With both Fallout 4 and Fallout 76, the company didn’t officially debut them until around six months before launch, so my guess is that this is almost finished. And, up until a few months ago, the firm would have been planning to release it on the PS5 – there was even talk that Sony was trying to secure it as a timed exclusive – therefore I reckon a lot of the work has already been done. The outcome? The game will still launch on PS5, it’ll just come a month late, with minimal marketing support, and you’ll obviously have to pay full price for it, rather than get it as part of a subscription. Better than nothing?

It’s a big year for Uncharted. Oh, you think Sony’s done with Uncharted? You’re absolutely off your rocker. This is one of PlayStation’s most popular intellectual properties, and it’s not like there’s a new one every year – heck, the previous instalment launched in 2017, which is a lifetime in this industry. A new Uncharted game is definitely going to be announced this year for both the PS5 and PS4, and I honestly wouldn’t be surprised if it launched in time for the holidays. I expect its marketing to be closely associated with the Uncharted Movie, which will have a rating below 50% on Rotten Tomatoes but will be relatively well-received by fans. Speaking of the movie, by the way: don’t be surprised if it’s available to rent exclusively from the PS Store at the same time as it’s showing in cinemas. 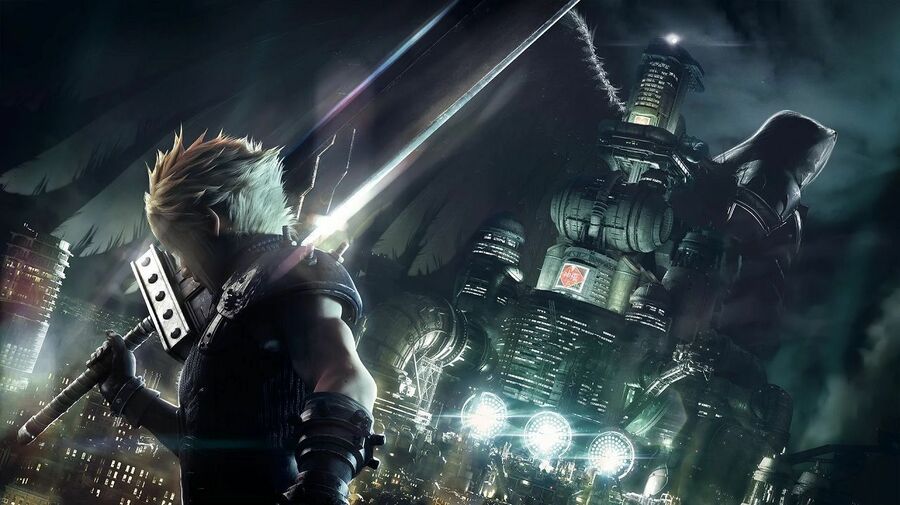 Final Fantasy VII Remake gets an expanded re-release on PS5 (and other platforms). I’m not sure what it’ll actually entail, but I think Final Fantasy VII Remake is getting some kind of enhanced re-release on PS5 in 2021. Maybe it’ll have a section where you play as Sephiroth or something — a real fan-pleaser. I just feel like Square Enix has been suspiciously quiet since Remake’s launch back in April. Obviously that team will have moved onto the sequel at this point, but I still can’t see it leaving Remake alone — not when the publisher can capitalise on other platforms.

Final Fantasy XVI gets a November 2021 release date, then it’s delayed into 2022. Look, I don’t want to be a downer, but Square Enix is totally going to sell us a Final Fantasy XVI release date that ends up being way too early. While reports have said that the game’s been in some form of development for at least four years, I think it’s still a while off. But that won’t stop the publisher from pumping out trailers and showing us gameplay well into the summer, before telling us all that it’s arriving in November 2021. A few months later, it’ll get delayed to Spring 2022, and we’ll all shake our heads in unison. Can’t wait to see more of the game, though.

We’ll see Kratos ride a giant wolf in God of War Ragnarok gameplay. Here’s my super specific prediction that’ll make me look like a prophet if I get it right. Although I’m not convinced that it’ll actually release this year, I do think we’ll see some God of War Ragnarok gameplay. And in this gameplay, we will, at some point, see Kratos ride on a giant wolf. Probably Skoll or Hati — the wolves that chase the sun and moon in Norse mythololgy — but let’s not get too specific. The game’s going to look insane, by the way. 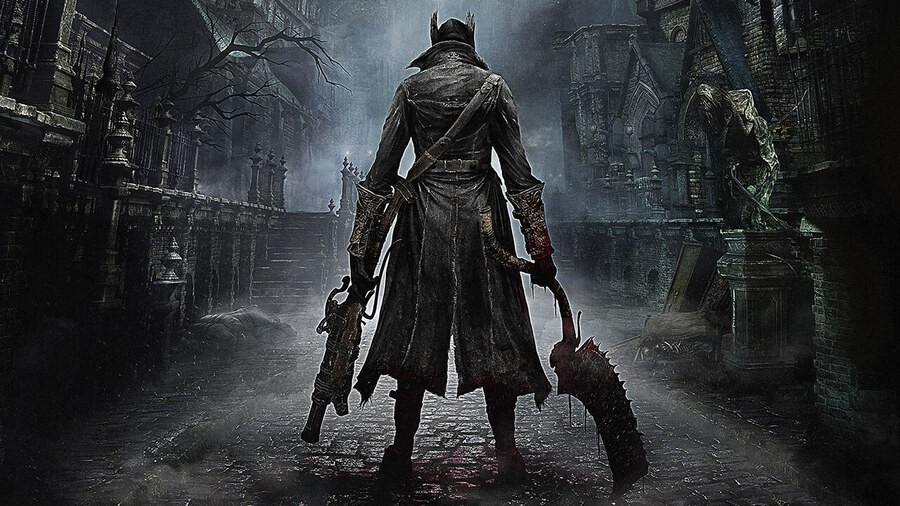 The Bloodborne remaster is real, and it’ll be announced and released in 2021. I’ll confess, I’m not the biggest fan of Bloodborne. I very much appreciate it — the combat, the art direction, the bosses — but it isn’t quite my cup of tea, personally. Even so, I understand the desire for a remaster (or even a sequel). This is one of PS4’s best loved games, and it deserves the full treatment. You want to know why Sony has been so quiet on this game for so long? It’s because it’s getting a PS5 remaster, it’s been in the works for ages, and it incorporates all the stuff you want; 60 frames-per-second, vastly reduced loading times, and beautiful 4K visuals. Book it, it’s happening.

Spyro gets his turn with a brand new game. Activision has been pumping out gorgeous remakes of its beloved franchises, but in 2020, it went a step further with Crash Bandicoot 4: It’s About Time. Given that Spyro’s retro remake collection followed the N. Sane Trilogy, I think a brand new title starring the little purple dragon is up next. I’d expect it to follow a similar pattern. This will be a numbered sequel following the events of Year of the Dragon, and its gameplay and structure will be akin to the original trilogy, albeit with some new features. I reckon Activision will announce this new Spyro game at some point in 2021.

MLB The Show 21 is released on multiple platforms, and there will be memes. San Diego Studio’s much celebrated baseball sim has been PlayStation exclusive for many years, but as we know, that’s changing with the next game in the series. The Show 21 will be multi-platform, making an appearance on Microsoft and Nintendo’s systems, as well as PC. My prediction is that the game’s quality will vary from platform to platform, and this will lead to “hilarious” memes. The game will be under particular scrutiny because the series has always been of such a high standard, and any flaws found in a Series X or Switch version will be picked to pieces and spread online. I’m sure the game will be another great sporting sim, I just can’t see the first multi-platform iteration getting by totally unscathed. 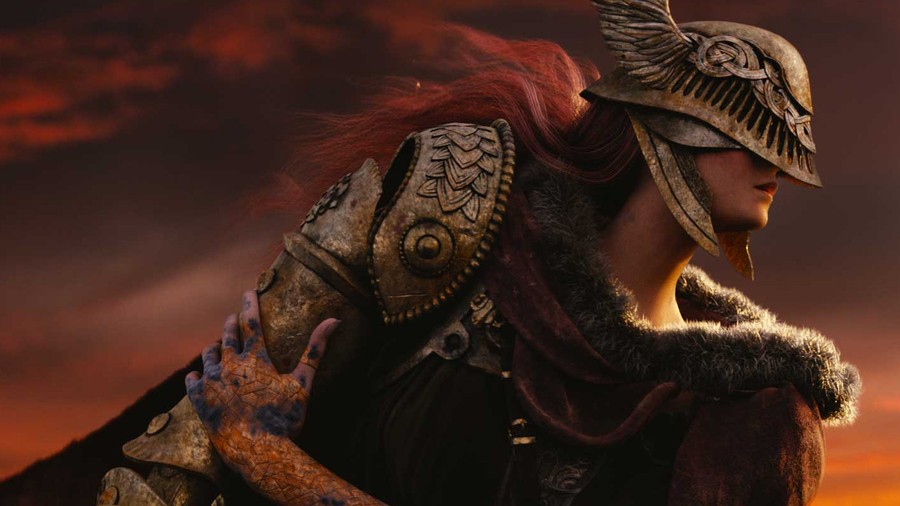 Elden Ring finally makes a comeback, but it won’t launch in 2021. This has to be the year, right? The latest title out of FromSoftware has been missing in action for far, far too long at this point. I reckon a proper unveiling will take place in the first six months of 2021, although Elden Ring still won’t be quite ready to hit store shelves. A release window of early 2022 will be confirmed before a final launch date is announced at The Game Awards. To add a little bit of extra spice to this prediction, the Chalice Dungeons seen in Bloodborne will return following a complete overhaul of their mechanics and design. Get it done, George R.R. Martin.

CD Projekt RED will release the first major piece of Cyberpunk 2077 DLC for free. It’s almost impressive how the Polish studio managed to absolutely destroy its reputation in the space of a single week. As a result, the developer will do almost anything to win back the hearts of its formerly devout followers — that includes handing out the first big expansion for Cyberpunk 2077 free of charge. I’m not talking about the small pieces of DLC that supplemented The Witcher 3: Wild Hunt at launch. This will be a large, story-focused expansion that introduces an all-new story to Night City. You won’t pay a penny to access it, and the PS5 upgrade will launch on the very same day.

Sony offers a new subscription service that houses PS Plus and PS Now under one roof. The Japanese giant has recently stated it has news waiting in the wings that provides an answer to Microsoft’s Game Pass service. This will be a new, optional subscription that combines everything PlayStation Plus has to offer with the complete PlayStation Now library. Sony will pledge to add more PS4 and PS5 games to the service on a speedier basis, but its first-party titles will not be part of the subscription from day one.

What do you think the future holds for PS5 and PS4? What are your big gaming predictions for 2021? What are you expecting to shock and surprise us this coming year? Lay it all out in the comments section below.

Hajimari no Kiseki is the steadying step forward that Trails needed

Hajimari no Kiseki is the steadying step forward that Trails needed