Assassin’s Creed Valhalla Vili or Trygve | Who should you choose as Snotinghamscire Jarl?

Sometimes in Assassin’s Creed Valhalla, the hardest choices are between friends. As Eivor travels to Snotinghamscire, the seat of Hemming Jarl, it quickly becomes apparent that they have to steer the fate of a kingdom once more and choose a successor from their old friend Vili and the worthy Trygve.

This is different from most of the other choices in the game, chiefly your puzzle over Hunwald and Aelfgar for who should be Lincolnscire Ealdorman, because no one’s at odds with one another.

Without bad blood to sort the good guys from the baddies, it’s a tough call to make. But ultimately, it’s Eivor’s decision who needs to step into the large shoes of Hemming Jarl.

Should you let Trygve sacrifice himself?

While your decision between Vili and Trygve is framed in-game as one choice, you actually have to make two.

First off, by the funeral pyre, Trygve will make his plan to follow Hemming to Valhalla known to Eivor and Villi.

You can either choose to let him go ahead with it and give up his own life, or persuade him to stick around and help with the future of Snotinghamscire.

Based on how easy it is to convince Trygve not to sacrifice his life, it’s probably not the right choice to let him burn himself on the pyre, and certainly not the “happiest” ending to the quest. 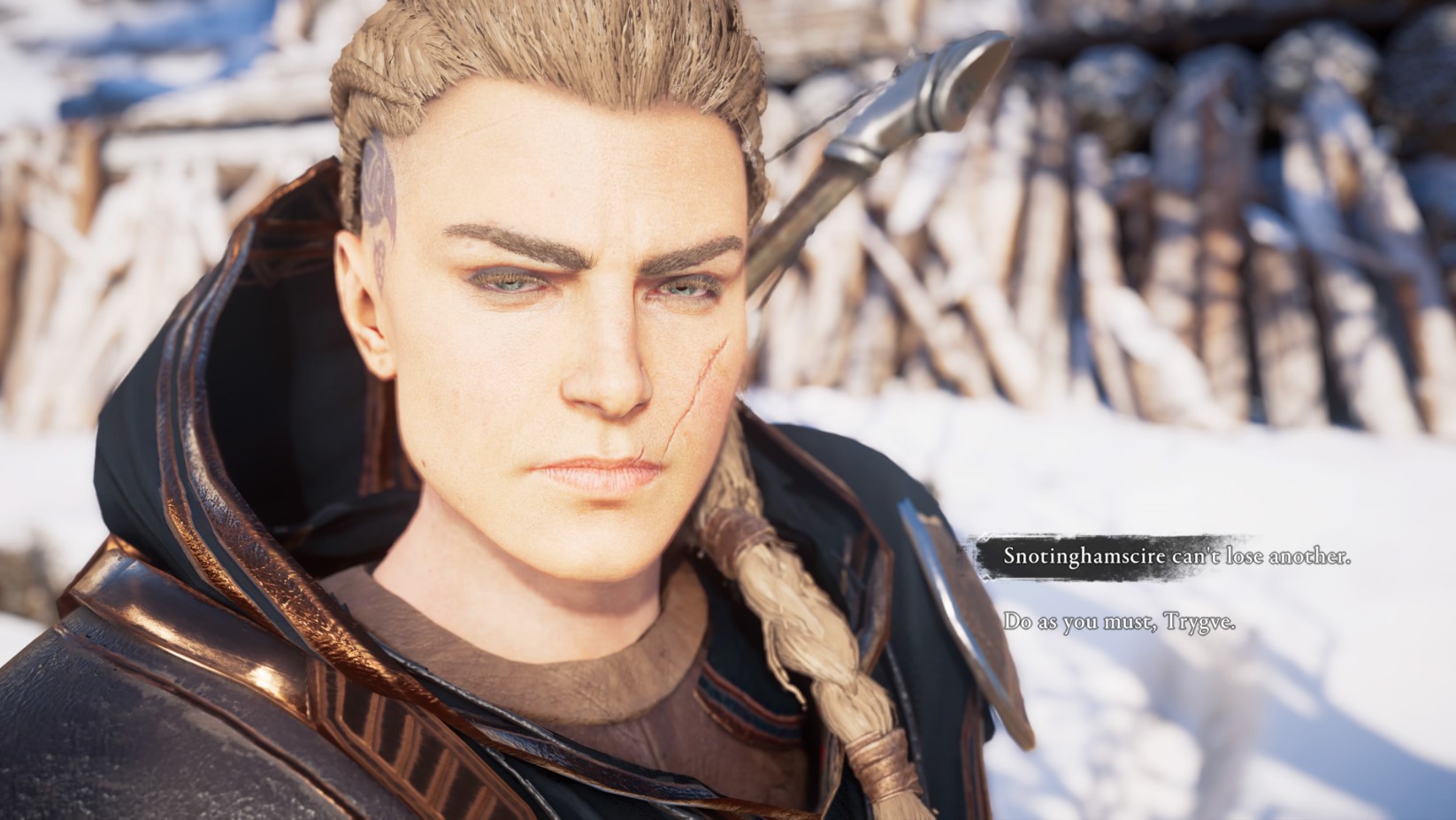 Also, if you let Trygve go ahead with his plan, then the choice of who becomes Jarl is taken away from you.

So when Trygve asks, say: “Snotinghamscire can’t lose another” to keep him around.

This does not mean that you have to choose Trgyve as Jarl. You can still make a choice between him and Vili later.

Assassin’s Creed Valhalla Vili or Trygve: Who should you choose as Snotinghamscire Jarl?

The crux of this choice boils down to the fact that Vili is unsure of whether he wants to take up his father’s mantle.

At multiple points throughout the quest, it’s suggested that Vili would prefer to continue his immature life of wandering glory.

To make matters more wooly, it’s heavily implied that Hemming Jarl would be pleased and proud of his son whatever decision is made.

However, in subsequent quests leading up to the end of the storyline, it’s easy to influence Vili into growing up and taking responsibility for the task he’s been tipped for.

If you choose Vili as Jarl:

Everyone’s happy, and Vili declares an alliance with the Raven Clan
Trygve sticks around to help Vili during the transition, acting as an advisor like he did for Hemming
Vili represents Snotinghamscire at your final showdown with Aelfred later in the game 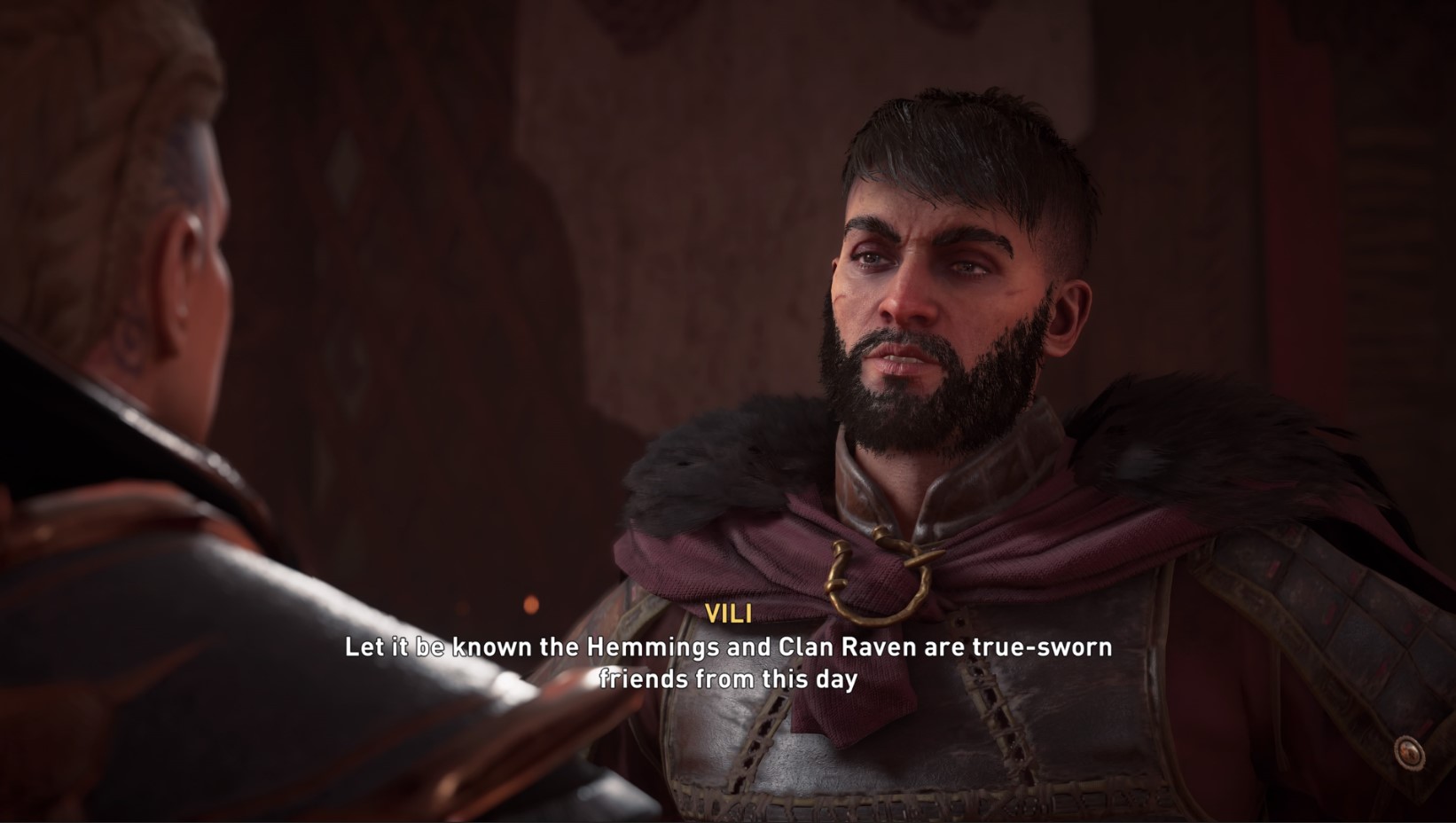 If you choose Trgyve as Jarl:

Everyone is still happy, and after a moment of stunned silence, Trygve also declares an alliance with the Raven Clan
Free of Jarldom, Vili joins up with the Raven Clan and take residence at Ravensthorpe
But Vili still represents Snotingham at the final showdown, come what may

Personally, I feel like choosing Vili as Jarl is the “best” choice, convincing him to accept the responsibility he’s due and secure the long-term future of the county.

That’s especially true when it’s him putting himself on the line for the Raven Clan either way.

By this point you’re well on your way to the endgame of Assassin’s Creed Valhalla, with your choices up to now influencing which ending to the storyline you see.

For more on Assassin’s Creed Valhalla, check out our page of the best weapons for the early, mid and late-game.