Best of 2020: Crusader Kings 3, and Lauren’s other GOTY picks

All this next-gen console nonsense is for nerds – The real MVP of 2020 is Crusader Kings 3.

Why worry about lockdown boredom, buying a console from a scalper or 4K vs Performance mode when you can play the best grand strategy on the humble PC? Let me tell you why.

First off, let’s get one thing straight: Crusader Kings 3 is better than its predecessor. Hundreds of hours of my life were spent playing Crusader Kings 2 but the latest iteration of the grand strategy behemoth is the best version going. Improved gameplay concepts aside, what I enjoyed the most was the ability to personalise the look of your leader and their family. Let it be known that Crusader Kings 3 has a better beard selection than the bloody Sims – the hat selection isn’t bad, either.

It’s no secret that I love grand strategy games and fawned endlessly over CK3 in my review. In a year where everything that could go wrong did go wrong, facing seemingly endless isolation and restrictions, and enduring a pregnancy that grew ever more complicated, CK3 was my release. Many of us play games as a means of distraction, as a way to bring a little joy and escapism into our lives, and nothing brought me more joy this year than manipulating my lineage so that I could rule with a giant, genius, Herculean son.

I eventually bred a leader so powerful, so self-assured that she wrote her own tagline: You are MAGNIFICENT. And she was right – together, we smashed through the patriarchy and embarked on several Holy Wars, spreading the dynasty’s influence as far across the map as possible. She was also the head of a religion – mostly based around my cat, Steve – that was present in almost every country, had a ridiculously high Intrigue rating and had like six beautiful Amazonian daughters – I miss my queen a lot.

Of course, CK3 isn’t without its issues. A Game Pass saving bug led to me losing years of progress in my attempt to rule the Mediterranean as Barcelona before ultimately restoring the Holy Roman Empire, and Paradox Interactive was slow to implement a workaround or patch. Thankfully, the Crusader Kings community was ready and waiting to help, and there are a bunch of mods to enhance your already tremendous grand strategy experience. Thanks to the latest update, there’s also the new Ruler Designer tool and you can bet that I’ve added myself into the alongside my armour of red sons.

While I was suitably impressed with the number of female leaders available from the get-go, my favourite leader remains Malcolm of Scotland. Who could forget classic Malcolm moments like when he stabbed his cousin in the face at the party because he made fun of him? Or what about that time he decided that all Scots would embrace Gaelic culture and change the language, only to change his mind and reunite us as Scotland once again? Alba gu Brath right enough. 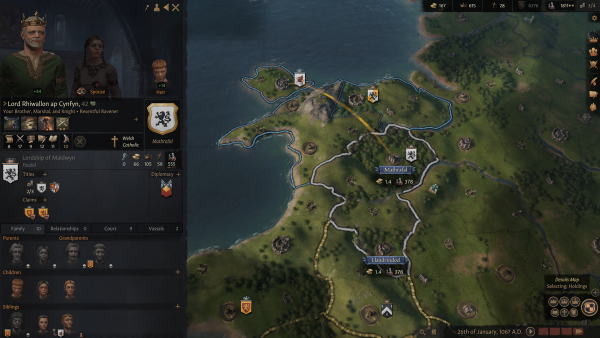 I’m no gonnae lie – it’s been a shite year. Cutting about as a bunch of Scottish rulers and reuniting the UK under a saltire has been an enjoyable fantasy escape from the pandemic and the impending doom that is Brexit. This is my final feature for VG247 before I fuck off on maternity for half a year and it’s quite quaint that building a dynasty is a theme in both my gaming habits and real life.

Quite unlike real life, there’s so much to do in Crusader Kings 3. Want to develop your culture and democratic standing in the world? Head down the Diplomacy Lifestyle and choose Dynasty perks that will help you grow in influence and host as many feasts as you can. Want to conquer every bit of land in sight? Then surround yourself with master tacticians, expand your coffers to pay for that gigantic army and crush your enemies. Want to become the head of a religion? It’s pilgrimage time, and you better make yourself chaste while you’re at it to appease the Pope before you oust them.

The bottom line is: You can take your Dynasty in any direction you want and create an entire lineage of angry warlords if you like, or search only for comely, herculean genius partners for you and your children. Unfortunately, as this is a grand strategy game with an unpredictable AI, your in-game life can end up as much of a shitshow as your real one. One untimely outbreak of the plague ended a dynasty for me and the ruler I was left with was shit, so I made the decision to switch to my GOAT and play The Witcher 3 on my shiny new OLED instead.

Speaking of games you can lose endless hours of your life to, it wouldn’t be a real GOTY list if I didn’t talk about Animal Crossing: New Horizons. 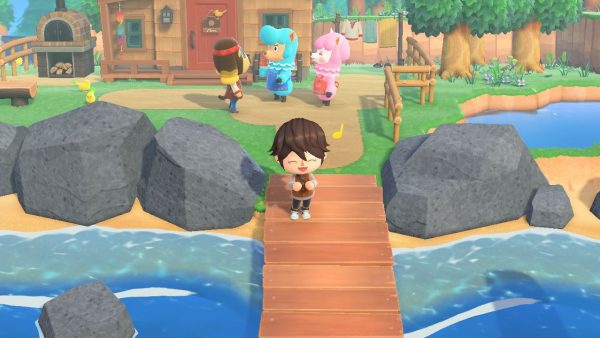 I’ve spent endless hours creating custom clothes, searching for all the fossils and visiting my friend’s islands to take part in recipes swaps throughout 2020. The Christmas event is shaping up to be a good one and I have a little Christmas market set up so that far-reaching pals can enjoy a little socially distanced get together on Redsonland.

Immortals Fenyx Rising was a surprise entry for me, having not particularly enjoyed Watch Dogs: Legion. As you might have guessed given my love for medieval feudalism sims, I love a bit of history, and Greek Mythology is right up there. 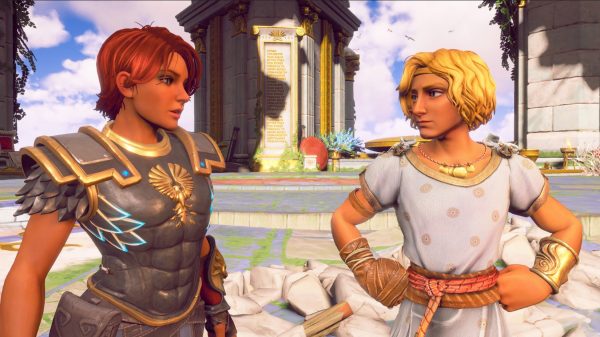 There is so much to do in Immortals Fenyx Rising – it’s as big a game as you want it to be. You could spend hours hunting down animals to tame and ride around the map, or seek out and complete every Vault of Tartaros you come across if you like punishing yourself. I really love the cartoony aesthetic and the dual narration from Zeus and Prometheus is spot on. All it was missing was Phil from Hercules and it would have been a 5/5 from me.

Whatever you’re planning to do over the festive period, you should at least install Crusader Kings 3. It’s on Game Pass for PC, there’s literally no excuse. Have a great Christmas and see you all next year when I’m a wizened old maw.

If you’re after something else to read, you can check out what the rest of the VG247 team picked for their GOTY choices.