Best of 2020: Ghost of Tsushima, and Sherif’s other GOTY picks

It’s probably beyond trite at this point to say that 2020 has been a wild and weird year. This goes for most of us, but for me, games often existed in their own sphere, away from whatever real-world disasters have befallen us that year. That is to say, I usually have a pretty good idea what my game of the year is each year, well before we write these.

I can’t emphatically champion any of the games I played in 2020, which is rare for me. But I can tell you that I enjoyed my time the most with Ghost of Tsushima this year. Stripped down to its core elements, Ghost of Tsushima is an old open-world game in modern wrappings. Its world design is three Assassin’s Creeds ago, its repetitive objectives are as surprising as they are in any of Ubisoft’s open-world games, and its story is one that… didn’t really move me in any way, despite the talent of its actors.

And yet, I followed every Fox to its den, cut down all bamboo strikes and bathed in every goddamn bath across the island. There is no simple answer as to why it kept me hooked, no singular mechanic or revolutionary feature that made it easy to overlook its flaws.

I just think that despite all those shortcomings, Tsushima somehow never lost its focus.

I believe Sucker Punch’s goal was to create a Samurai fantasy, one that doesn’t criticise the mythos or offer any commentary on its perception, but to simply allow players to embody that myth, even if what it’s based on never quite existed in the way we imagine. In that, Ghost of Tsushima was incredibly successful. I never got bored of the game despite my misgivings about its many, many outdated mechanics. I would simply turn it on, run into a group of enemies, cut down as many as I could with my fully-levelled Iaijutsu skills and enjoy the combat dance with the few who remained.

Combat wasn’t Nioh-level deep or Souls-level precise, but it was competent – and remained interesting, with enough skill and danger to make it exciting every time. Tsushima’s exceptional soundtrack moved me more than any of its cutscenes, and cresting a hill to watch the sun set on its many stunning landscapes never got old.

Tsushima truly was more than the sum of its parts, and I loved it for that, even if it never reached the white-knuckle highs of Japan’s best action games, or the cinematic flair of Sony’s other first-party output.

I’ve been looking for an excuse to put Mortal Kombat 11 on one of those lists, and Aftermath provided the best one. It’s hard to imagine a fighting game staying relevant with the casual audience (me) a couple of months after release, let alone over a year later.

But Mortal Kombat has always been the exception, because it consistently offered casual fighting game fans more than enough to keep them hooked, in a bevvy of modes designed to keep them away from the ruthless arenas of online fighting games.

This year, NetherRealm did something no other fighting game would dare: release a story expansion alongside its latest character pack. It would have been fine for that new campaign to be a rehash of some old locations, because that would still have been enough reason to bring me back anyway. But Aftermath is a full-on story expansion, the likes of which you just never see in this genre.

It was one hell of a ride, too, full of fanservice and the same level of B-movie quality seen in the main game. Think about that, a fighting game story so successful it got an expansion. Of course, you’d have to really care about those characters to want to spend more time with them, an area Mortal Kombat has covered pretty well, too.

The extra characters were the cherry on top, something that kept me logging in after I finished the small campaign. I hope the experiment was a success, because I want to see it continue, both from NetherRealm as well as other fighting game developers.

I like Doom Eternal a lot. I think the decision to build the entire game around exacting, resource-based combat that requires a lot of skill to execute is bold, and should be lauded for taking the risk of alienating so many of those who consider Doom 2016 to be a power trip. 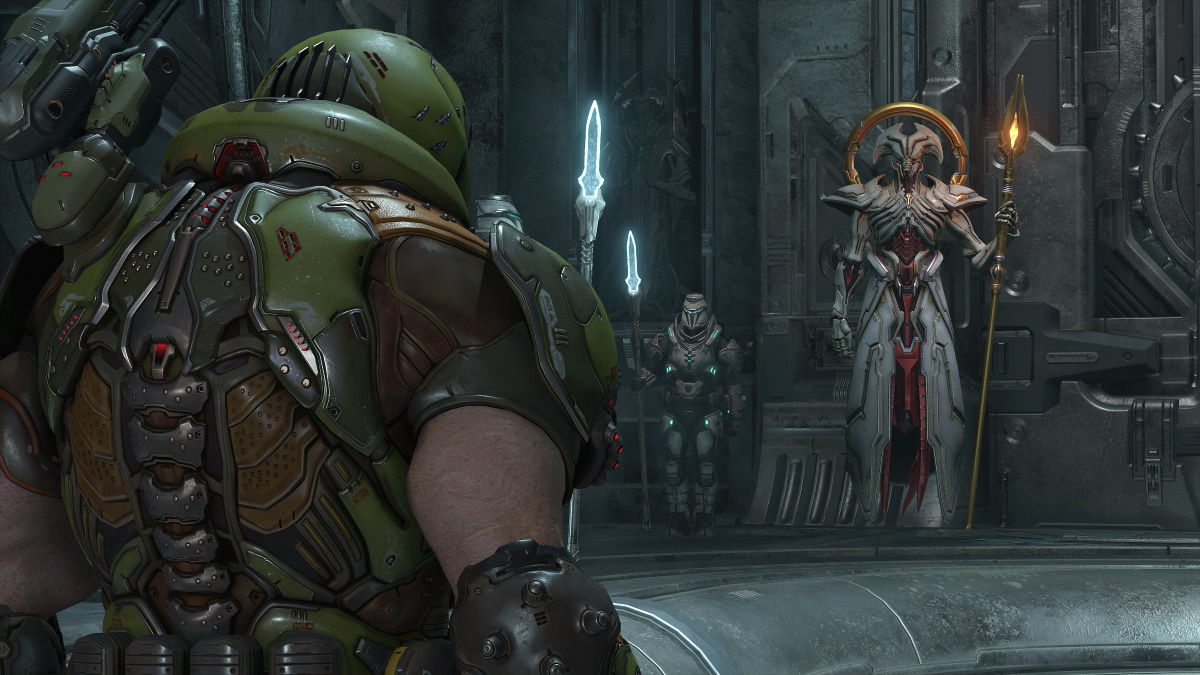 The Souls fan in me loved having to pull out the right tool for every job, to dance around attackers, juggle weapons and manage resources on the brink of death. Some of Eternal’s Slayer Gates are up there with my favourite challenging encounters of any game. I wasn’t even opposed to the bigger focus on narrative, both in the heaps of lore and backstory itself Eternal dumps on you every five minutes, and in the way it chose to flesh out its concepts and characters.

But – and you probably saw this one coming: there’s also such a thing as taking things too far.

For me, Doom Eternal’s combat challenge tipped over when the Marauder showed up. I am not going to write an essay about why I hate him, but the Marauder, along with some of the more story-heavy sequences, are all a sign that id Software needed to reign things in a little.

I enjoyed my time with Doom Eternal for the most part, but I wasn’t screaming to anyone and everyone that they need to play it. Part of me was glad it was over when it ended, whereas the 2016 reboot had me jumping back in immediately on a higher difficulty. So much of what Eternal introduced will be refined in the eventual sequel, so long as id moderates its content a bit.

Horizon Zero Dawn is not a new game, but like most open-world games of its ilk, I excitedly got it at launch and proceeded to fall off it fairly quickly. The 30fps cap on PS4 didn’t help, either, so I just, well, drifted off. But I’ve always been fascinated by its world, and wanted to go back at some point to see whether it succeeds at answering the many questions it poses about its fiction. 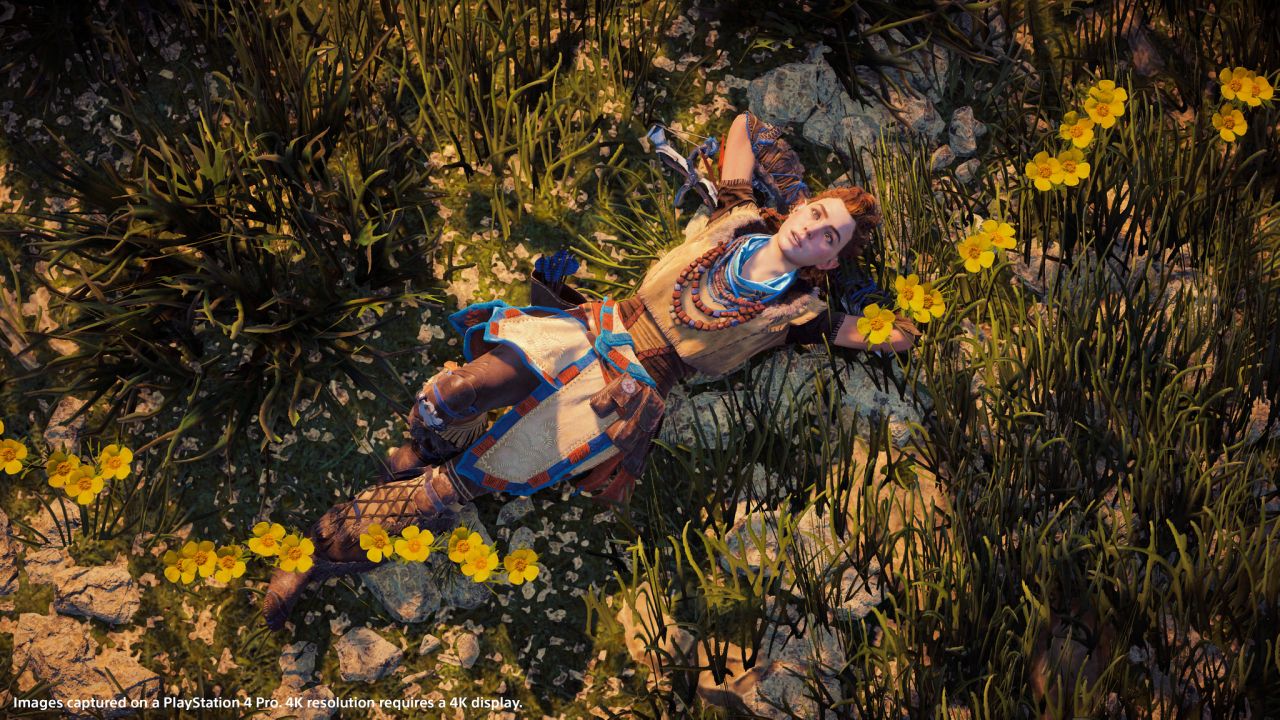 This second chance came when the PC version dropped in August. Though the PC port’s shortcomings were needlessly frustrating, I powered through just to reach the narrative’s conclusion. I ignored most of the side quests, and didn’t even bother upgrading my gear beyond what was necessary.

I finally reached the end that time and was floored at how meticulously the game’s various mysteries – with one exception – are satisfyingly resolved by the end. It actually made me less excited about the sequel, since much of the hook for me was unravelling those mysteries.

Nevertheless, it’s a fascinating story with incredible world-building. At the end of it, I was happy to have given Horizon Zero Dawn another shot, but I have not changed my mind about its repetitive open-world design or its milquetoast characters. I am glad, however, to have been along for the ride – finally.

This is the last of our game of the year lists this year. If you missed the others, you can go back and check Alex, Tom, Lauren, and James‘ GOTY picks.