Best Of 2020: The Minds Behind Animal Crossing: New Horizons

This feature was originally published in March 2020.

We recently we took a brief look at the history of Animal Crossing, from Japan’s Animal Forest for Nintendo 64 and its GameCube conversion up to and including the latest entry on Switch, Animal Crossing: New Horizons.

Obviously there are many unsung heroes when it comes to the development of any video game, with various familiar names contributing to the series over the years in different capacities, as well as hundreds of Nintendo staff that aren’t so well-known or public-facing. Still, the people below are the principle players responsible for the series we know and love, from the initial entry up to the brand-spanking new Animal Crossing: New Horizons.

What’s that? You hadn’t heard there was a new Animal Crossing out on Switch? Sounds most unlikely, but you should probably read our review of the game, quick-smart! (SPOILERS: we quite like it.)

The principle people behind the Animal Crossing series 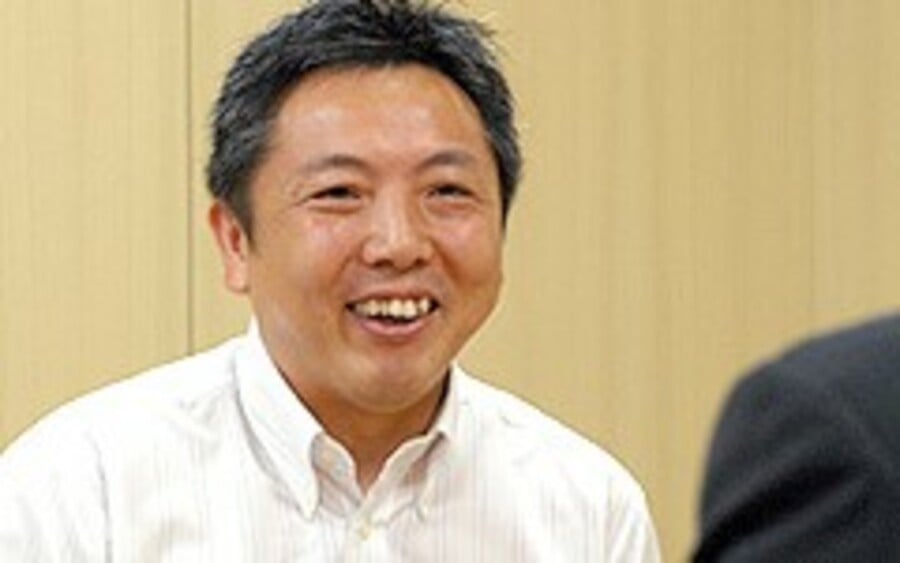 As we said above, many people have contributed to make Animal Crossing what it is today, but the person perhaps most directly responsible is Katsuya Eguchi.

Euguchi joined Nintendo 1986 working as a designer on Super Mario Bros. 3 before moving on to direct Star Fox and Wave Race 64. He took on the role of Chief Designer for Yoshi’s Story before getting down to work on creating Animal Crossing based on his experiences of moving from his hometown of Chiba to Kyoto when he joined Nintendo over a decade earlier.

Co-directing the first Animal Crossing with Hisashi Nogami (below) with Takashi Tezuka on producing duties, Eguchi put down the foundation that the series has been building on for nearly two decades now. He would move on to producer roles on subsequent instalments (and on many other games besides), but he’ll forever be tied to this most delightful of Nintendo franchises. 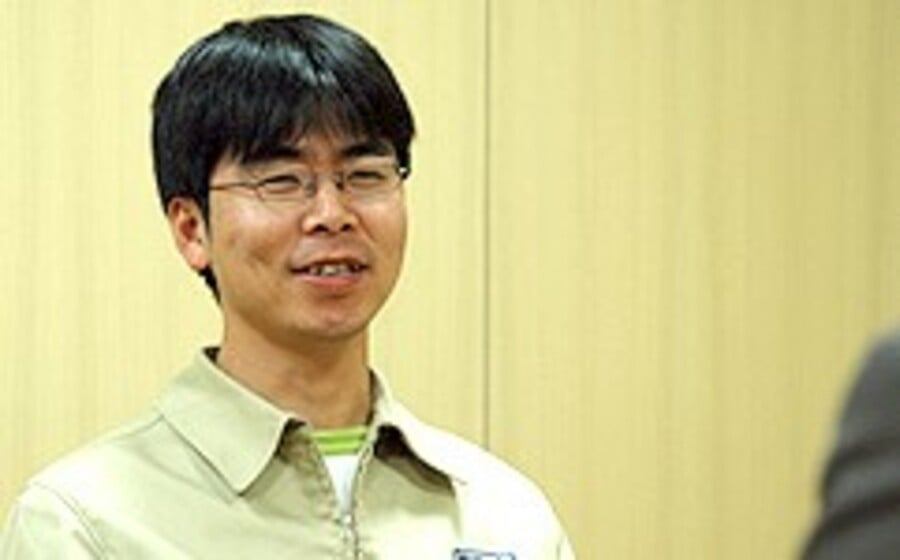 He also produced Splatoon and its sequel, which we’ve spoken to him about. Thoroughly nice chap, and someone who has left an indelible mark on the series since the very beginning. Speaking with the late Satoru Iwata in an Iwata Asks interview for City Folk, Nogami recalled how Iwata’s approval during the development of the original game gave the team encouragement to persevere with an idea which wasn’t quite like anything else available at the time:

At that time, you were not yet President of Nintendo, but the fact that you had thought it was interesting really spurred us on in developing the title after that. Those of us working on it had thought it was interesting, but we were still at a point where we weren’t really sure about whether anyone would want to play a game that wasn’t quite a game…

It seems to have caught on, no? 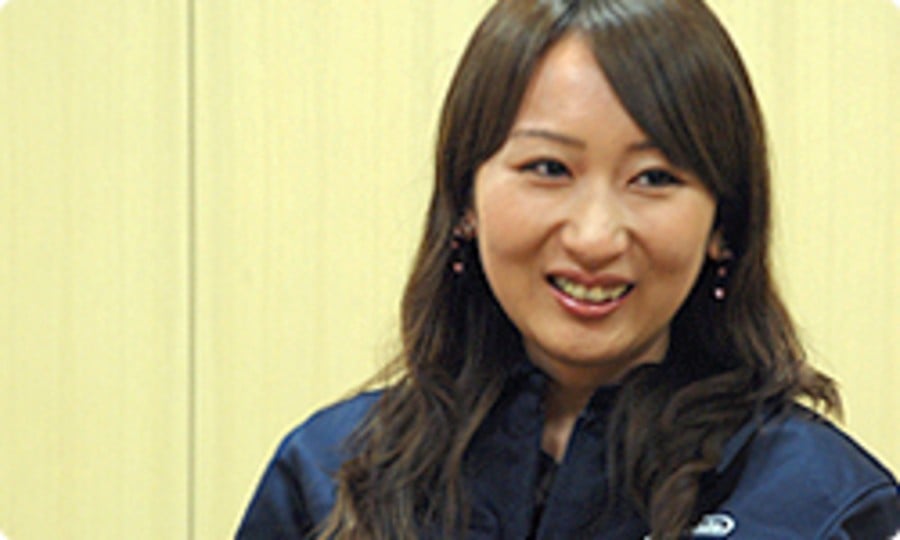 As noted last year in our look at the most important figures in Nintendo history, there’s a significant lack of women in higher profile developmental roles at the company, but Aya Kyogoku is certainly one of them. She began as a script writer on the Legend of Zelda series and was responsible for much of the dialogue in City Folk. After taking on the co-directing role with Animal Crossing: New Leaf (with Isoa Moro), she and producer Eguchi hired a large number of female staff to bring the gender balance of the development team to an even 50-50 split. This diversity contributed to the most successful series entry to date.

Over the years her prominence has continued to grow and she was the sole director helming the latest entry for Switch. Within the last year she’s been promoted to Manager of the production group responsible for both the Splatoon and Animal Crossing series and under her watchful eye we’d say the future of the series is in excellent hands. 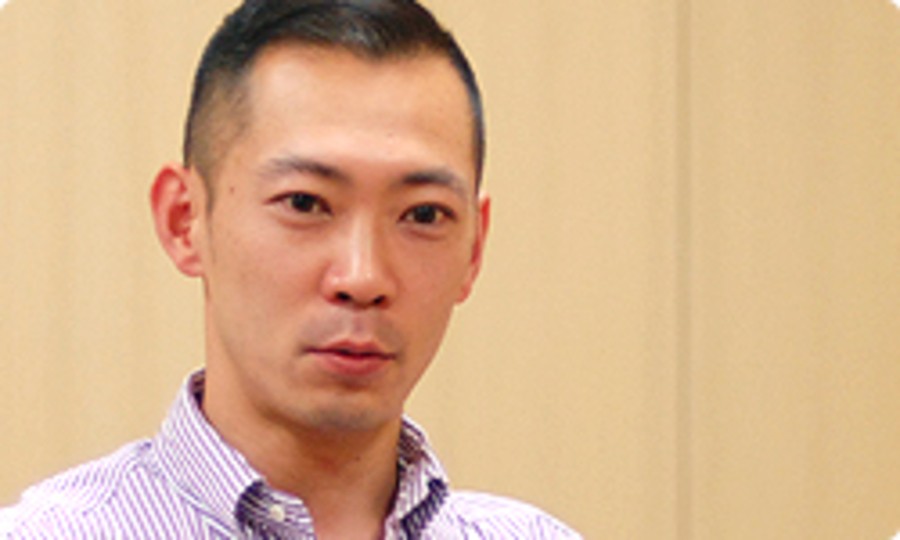 One of several composers who has worked on the series, Totaka is without doubt the most prominent thanks to his beloved namesake character who has appeared in every iteration thus far: the guitar-toting canine and musical chameleon K.K. Slider. While it isn’t apparent from his English name, everyone’s favourite good boy performer is named Totakeke in Japan (in fact, he introduces himself as such in the first game saying that his more familiar moniker is his Saturday night stage name).

Totaka’s ‘appearance’ in the game tends to overshadow the work of multiple other Nintendo composers who have worked on the series including Manaka Kataoka, Asuka Hayazaki, Toru Minegishi, Shinobu Tanaka and plenty more of Nintendo’s audio department. Still, Totaka will forever be associated with this series, K.K. and the song he has sneakily inserted into dozens of Nintendo games over the years. The appearance of infamous Easter Egg Totaka’s Song in Animal Crossing is perhaps the most obvious of the lot. It’s called K.K. Song and Slider will usually play it on request. 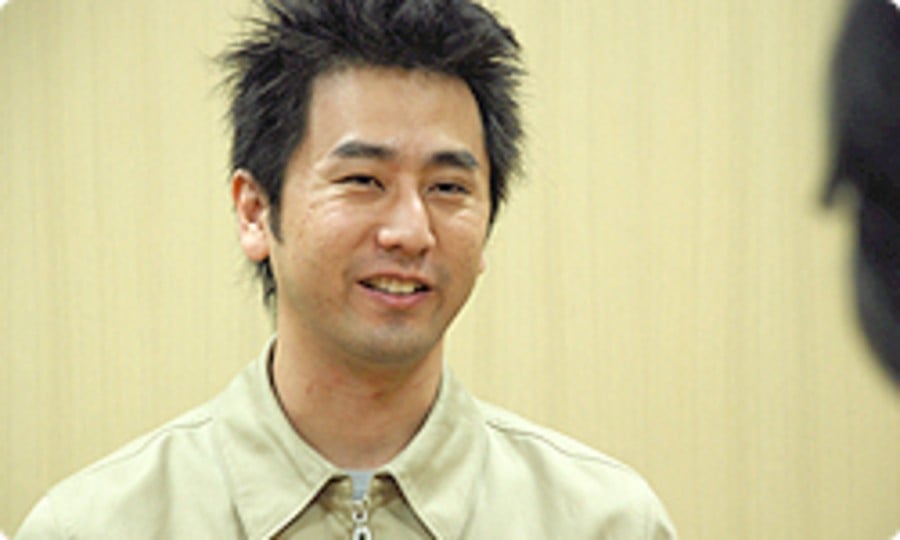 After acting as System Director on Wild World, Isao Moro graduated to subdirector on City Folk and co-director along with Aya Kyogoku on New Leaf. In collaboration with Kyogoku, it was Moro who fashioned the finest Animal Crossing experience to date (well, until New Horizons came along) and introduced the world to the wonders of mayoral duties, fan-favourite administrator Isabelle and the ability to customise not only the interior of your home, but also the town itself with bridges, fountains and a wide variety of public works projects.

The spin-off game Animal Crossing: Happy Home Designer, which debuted several quality of life features that would find their way back into New Leaf via the Welcome amiibo update, would be Moro’s last directing gig at Nintendo. He left the company in 2018 and relocated to the island of Okinawa where he teaches programming. 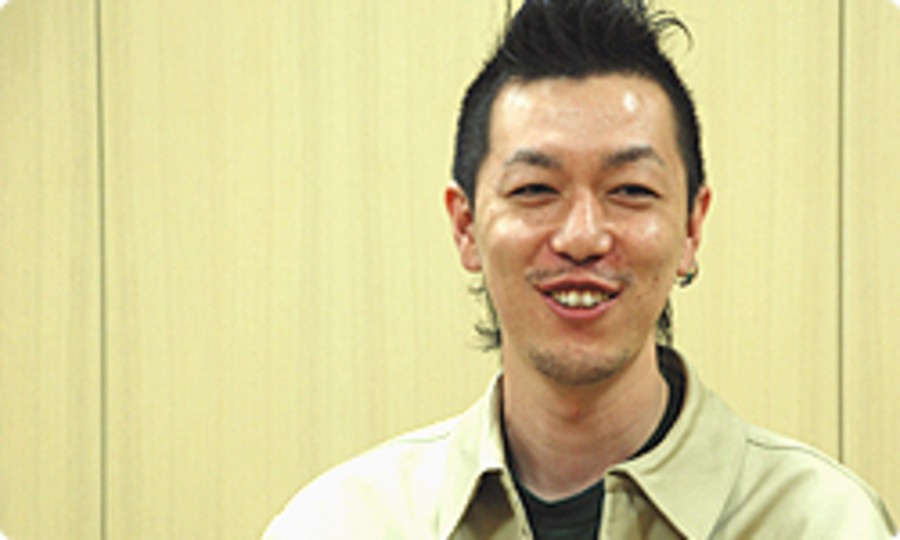 Kobayashi began working on character animation for the first game and graduated to design director on Wild World for Nintendo DS, a role he returned to for the Wii entry. He took on the Art Director role for the gorgeous New Leaf and over the years has steered the series in a very specific direction in terms of look and feel. He has also worked extensively on the Legend of Zelda series, most recently doing animation work on the rather lovely Breath of the Wild.

Much like its systems, there’s an elegant simplicity and beauty to Animal Crossing’s visual presentation and Ryuji Kobayashi is one of the people responsible for that. 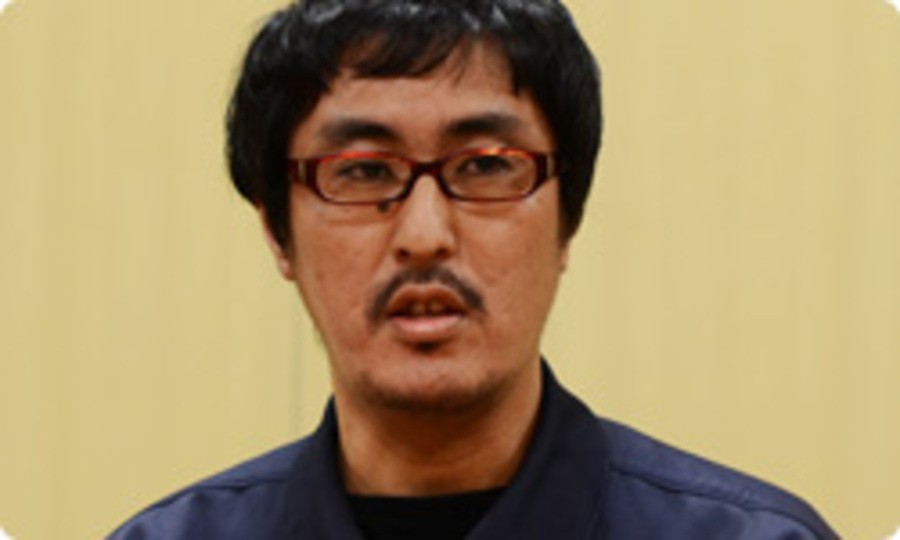 Another veteran staff member with nebulous sounding credits on the series, Koji Takahashi has been responsible a broad number of things across several series entries, notably the design of characters in Wild World and coordinating design for Animal Crossing: New Leaf, a role he also took on The Legend of Zelda: A Link Between Worlds.

One area Takahashi worked on was choosing the right characters for the right jobs in New Leaf, which introduced Cyrus and Reese the alpacas and Leif the sloth. According to the Iwata Asks interview on the game, finding the right fit wasn’t always easy:

Well, we weren’t indiscriminate in our search. We tried to find animals that fitted their in-game function and suited the shop where they would appear. That’s why we thought that an animal that lives in the forest would work well in the gardening center, so we settled on the sloth.

In the same interview Takahashi mentions the hard work that goes into the growing list of items available in each entry, and it’s clear that his efforts haven’t been in vain, with each game adding to the list of items and activities to enjoy in a way which makes returning a thrill, even if you’ve played every last game to death. 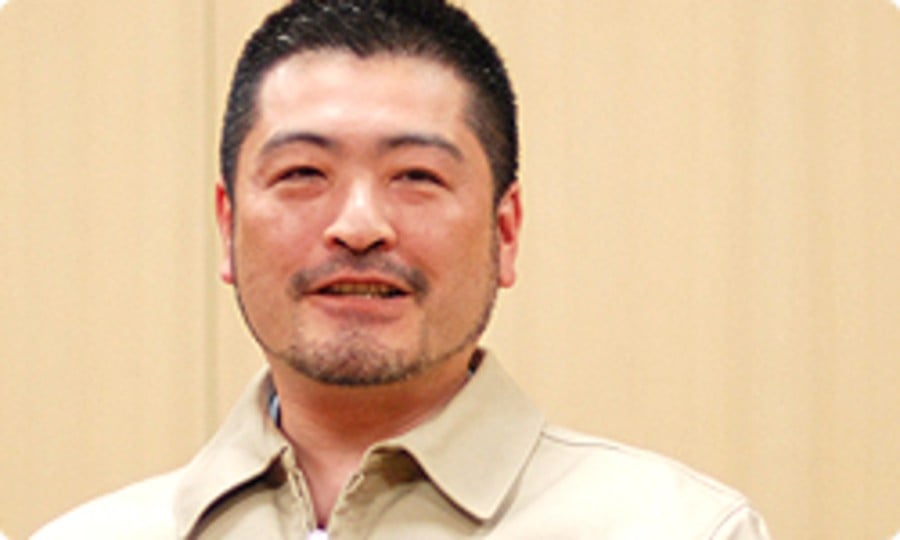 Makoto Wada is credited with script work on Animal Crossing, although given Nintendo’s habit of doling out director credits across the spectrum, we wouldn’t be surprised to find out he had one of them somewhere for this series, too.

He’s directed game like Super Punch-Out!! and Mario Kart DS, but he has worked on the script of multiple Animal Crossing games including the original and New Leaf. According to an Iwata Asks interview, he was responsible for the lines of Mr. Resetti, the gruff, curmudgeonly mole who would get’s most upset if you turn the game off without saving properly. Without him, we’d be without those fabulous rants. 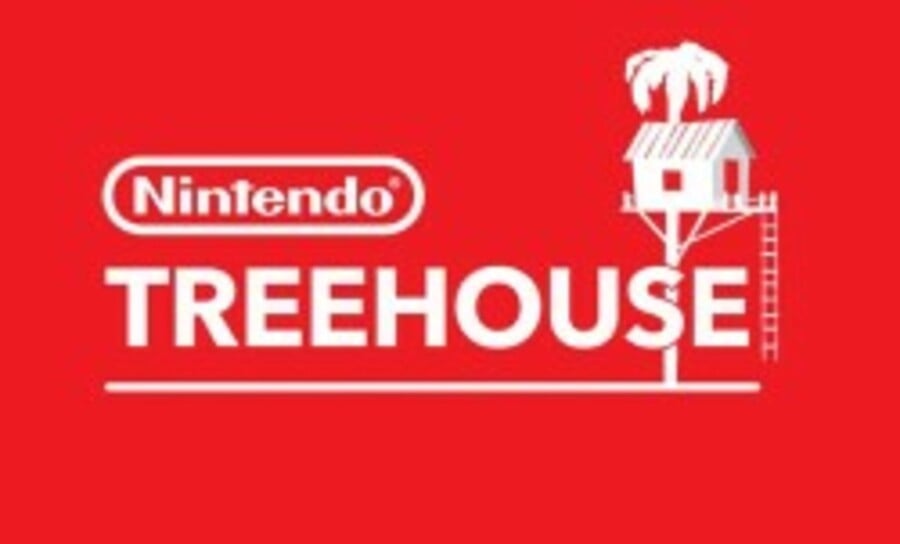 Okay, we’re cheating here by lumping Nintendo of America’s entire in-house localisation team into a single entry, but we couldn’t finish this list without doffing our collective caps to the sterling work the Treehouse has done with every single entry in the series. The easy-going nature of the games belies the colossal about of text and translation work required to bring an Animal Crossing game to the West and while the original writers obviously deserve recognition, the localisation team is equally deserving of thanks for capturing the spirit of the original script.

More than that, the Treehouse team has fed back into the series from the beginning when Nintendo of Japan ended up reincorporating holidays from original GameCube localisation of N64’s Animal Forest into an updated Japanese version. Since that time the teams across different sides of the globe have collaborated much more closely from the beginning of each new project.

If you can’t get enough Animal Crossing content to satisfy your insatiable thirst for all things Nook, our ranked rundown of the best Animal Crossing games puts every series entry and spin-off into best-to-worst list form, so feel free to check that out and let us know how you’d amend our picks in your own personal ranking.

The secret to Dead Space’s intense horror? The way it controls your breath

Knight vs Giant: The Broken Excalibur Embarks on a Journey to PS5 in 2023

The Last of Us: Part 1’s PC Release Date Delayed a Few Weeks

The secret to Dead Space’s intense horror? The way it controls your breath

Knight vs Giant: The Broken Excalibur Embarks on a Journey to PS5 in 2023

The Last of Us: Part 1’s PC Release Date Delayed a Few Weeks