Brace for a Cold Sun in New Season of Warface: Breakout

There’s a cold front coming, and you’ll have to fight if you want to make it through the winter. Cold Sun is the third season of Warface: Breakout, and it’s full of new and exclusive rewards to unlock, features to try, and frosty locations to master.

Outskirts is a new map available with Cold Sun. Situated far away from the city streets at the foot of a large mountain, drop into this snow-covered village for a shock of sub-zero action! Your tactical skills will be put to the test in this cold and unforgiving environment, so be on your guard… Make sure you’re geared up for winter battles with a host of new seasonal rewards themed around Cold Sun, available to earn for a limited time only. Battle to progress and unlock them, then customize your loadout and look with new armor, weapon skins, avatars, challenge cards, victory poses, and bomb skins! We’ve also added an extra customization option in the form of weapon trinkets. Throughout this season, several new quality of life changes and features will be introduced. The reimagined weapon scope system is available right now and lets you see what’s going on just outside of the scope, allowing you more awareness and giving enemies a harder time in getting the jump on you! And finally, with Christmas just around the corner, you can certainly look forward to a few presents in Warface: Breakout! Battle over the holidays to unlock festive skins and other rewards, enjoy the holiday cheer as Outskirts gets a Christmas makeover, and fight for survival in an all-new game mode: Team Deathmatch! Keep an eye out in-game and via official channels to find out when Santa’s dropping these gifts. Warface Breakout is available to buy from the Microsoft Store on Xbox One and Xbox Series X|S, with the Cold Sun seasonal update available as a free download. The Cold Sun Cosmetic Pack is also available to buy now, featuring the Freestyler (Reapers) and Icecap (Wardens) legendary character skins and a trio of exclusive weapon skins. 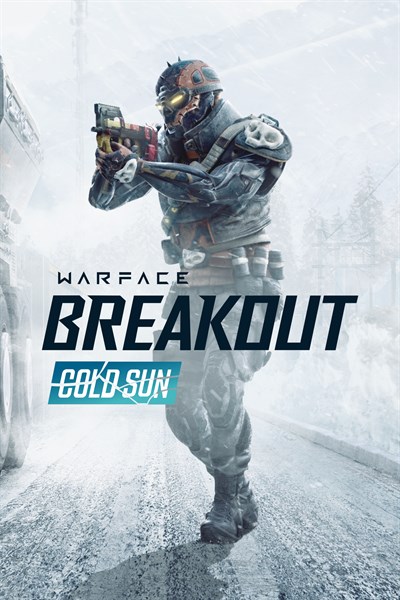