Square Enix has posted a new trailer, screenshots, and details for Bravely Default II, detailing several new classes and Asterisk Holders alongside the icy region of Reimdahl. This follows previous monthly updates on the lands of Savalon/Wizwald and related characters, as well as information on the main cast and early jobs.

Find our translation of the information below, alongside the new trailer and screenshots in the gallery. Bravely Default II is set to release for Nintendo Switch worldwide on February 26. A free demo is now available.

The Land of Deep Snow: Reimdahl – An extremely cold theocracy shrouded in snow and ice. An existing legend states that a dragon saved the country about 1000 years ago; that led to the founding of the Reimdahl Orthodoxy religion which reveres its savior as the God Dragon. The current supreme priest of the religion is the Oracle Asterisk Holder Domenic. It is said in the country that evil fairies morph into humans, so the Inquisitor Helio sets out to find these fairies and send them to Divine Judgment. 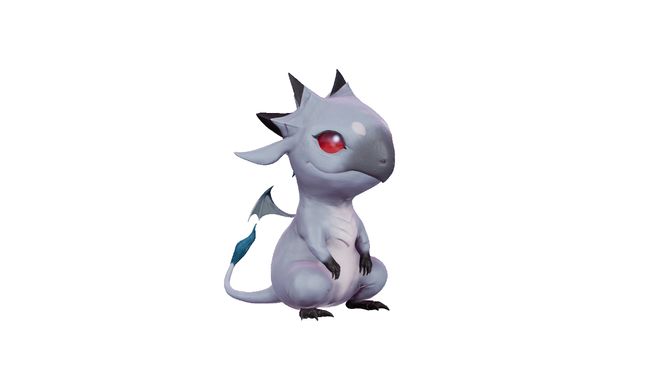 Gwilym – A small lizard-like creature that suddenly appeared when Seth’s party heads towards Reimdahl. Able to speak human language, it claims to be the son of the God Dragon and had also met Adelle before. 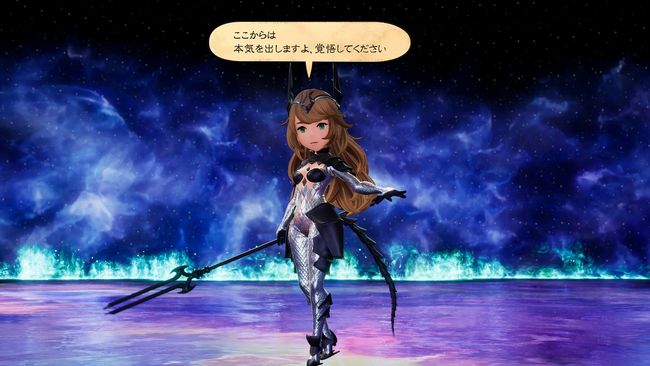 Dragoon Asterisk Holder: Martha Lancer – A spearwoman from the Lancer family which has assumed the “Dragon Shrine Guardian” position for generations. The Dragon Shrine is said to be a holy site where the God Dragon lives. She has a duty to guard the place just like her title. 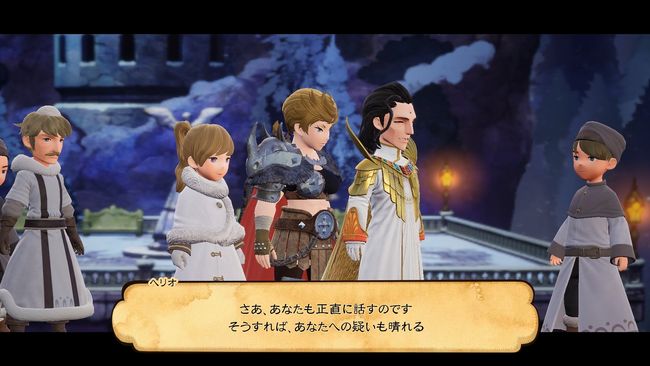 Priest Asterisk Holder: Helio – A man recognized by the supreme priest Domenic and appointed as the Reimdahl Orthodox Inquisitor. His duty is to find out fairies that disguise as humans and wreak havoc, and bring them to Divine Judgment. 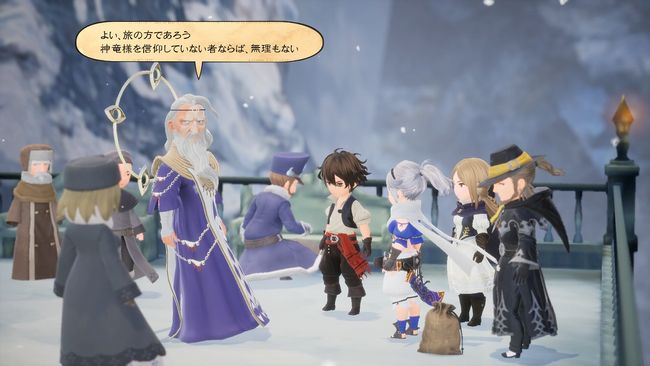 Oracle Asterisk Holder: Domenic – The supreme priest of the Reimdahl Orthodoxy. He considers his own words as those of the God Dragon, and he declares that the tranquil atmosphere in Reimdahl is proof of people’s faith. 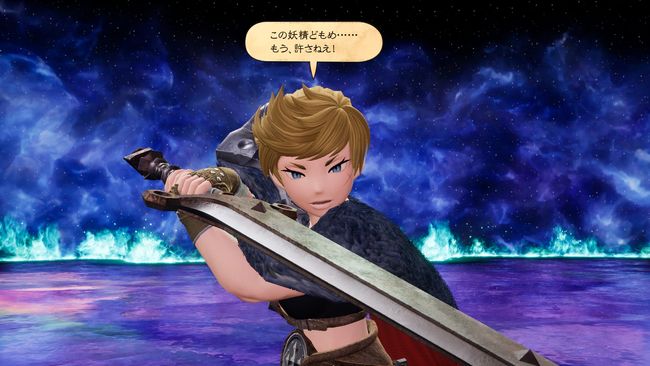 Swordmaster Asterisk Holder: Gladys Kelly – A Reimdahl Orthodox monk whose parents were both killed by fairies in the past. With a strong desire for revenge, Gladys accompanies Helio in finding fairies that deceive humans and sending them for judgment. 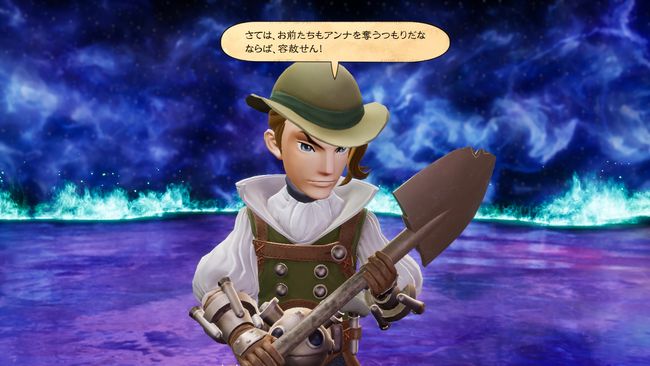 Salve-Maker Asterisk Holder: Glenn Booth – Chief of the Enderno village, located nearby Reimdahl. He wants to obtain the Moonlit Night Herb to rescue Grin, his younger brother who went into a continuous slumber after he grieved the loss of his wife.

Dragoon: Excels in using Spears, they can use the Jump ability to leap up high and assault enemies from the air. Swordmaster: Physical attackers who excel in using Swords. With a unique stance, they can launch a powerful counterattack or even dominate enemies with pursuit attacks. Priest: They support other party members by summoning various spirits. They can also imbue continuous HP regeneration. Salve-Maker: Experts at unleashing the power of tools. They can combine items to produce another item with varying effects, such as Love Potion and Stinky Liquid. Oracle: Magicians that can control law beyond logic. They can make battles more advantageous by changing a target’s element or speed stat. 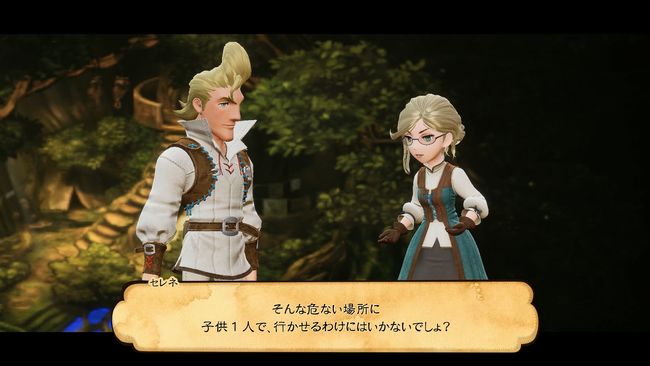 Subquests: A variety of subquests can be taken from civilians in the middle of the main story. Their requirements vary from obtaining items to defeating monsters. Clearing some of these subquests may reveal more sides of the game’s world and characters, including the protagonists or even defeated Asterisk Holders like Dag and Selene. 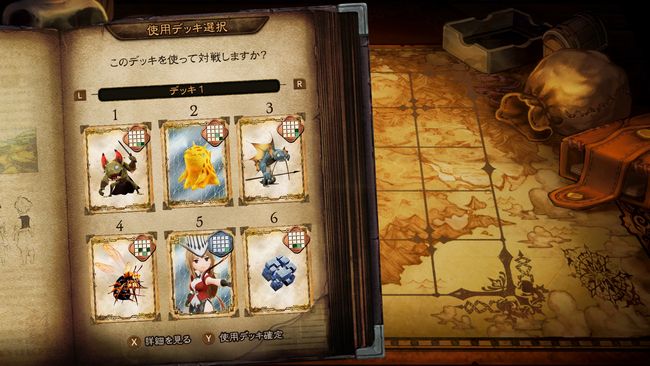 Bind and Divide card game: A popular versus card game in the Excillant continent. Each player freely constructs a deck with any 6 cards from Monster cards (which can possess territories) to Job and Character cards (which have special effects that buff or nerf specific monsters). Players draw a card and gain territories every turn. The player with the biggest territory after the final turn wins. The B&D card game is also available to play in the Final Demo.

Scott Pilgrim vs The World: The Game review

Get a Free Resident Evil Village Avatar for Your PS5, PS4

Get a Free Resident Evil Village Avatar for Your PS5, PS4