It’s true that there’s no shortage of retro-inspired, nostalgia-drenched Switch games to enjoy these days. It’s something of a golden age for anyone who loves the pixel aesthetic, tight controls, incredible chiptunes and purity of classic NES games from the ’80s and early-’90s. Now there’s a new kid on the block, and despite the competition (and contrary to the stealthy nature of the Ninja), Cyber Shadow has stood out very prominently on our radar ever since it was announced back in March 2019.

Hunziker has been working on Cyber Shadow for several years, and we recently spoke to him to find out a little more about the history and development of the game, and how Yacht Club has helped guide it to Switch…

Nintendo Life: First up, can you tell us a little about Mechanical Head and how you got started on the Cyber Shadow project?

Aarne Hunziker AKA MekaSkull: Little by little the project snuck up on me. First I sketched a picture just for fun, then later started a “training” project on the side, spending maybe an hour or two a week on it. One day, I noticed I was making the game full-time! Like a frog in boiling water who doesn’t jump out if the heat is applied slowly.

The game has been in development for quite a while – how long exactly? How has it changed and evolved in that time?

The first picture was drawn eight years ago but development started five years ago. Initially the game was supposed to be in 4:3 aspect ratio, very short, a few enemy types in each level. It was supposed to be a one-year project. The more I learned the more I wanted to accomplish, so the scope kept growing. Like a mad scientist I become addicted with my creations and the looming possibilities if I learned even more.

Cyber Shadow appears to channel games like Ninja Gaiden, Castlevania and Mega Man. What would you say is the biggest retro gaming influence on the project?

I was always fascinated with some NES games in how they could suggest detail with their limited palettes. Specifically, Shadow of the Ninja and Batman on the NES were huge inspirations. The way their art shows some aspects in the light and then fade into darkness felt so striking to me. As for gameplay, Mega Man accomplished so much with just jumping and shooting, so I wanted to do something similar with just jumping and slashing. 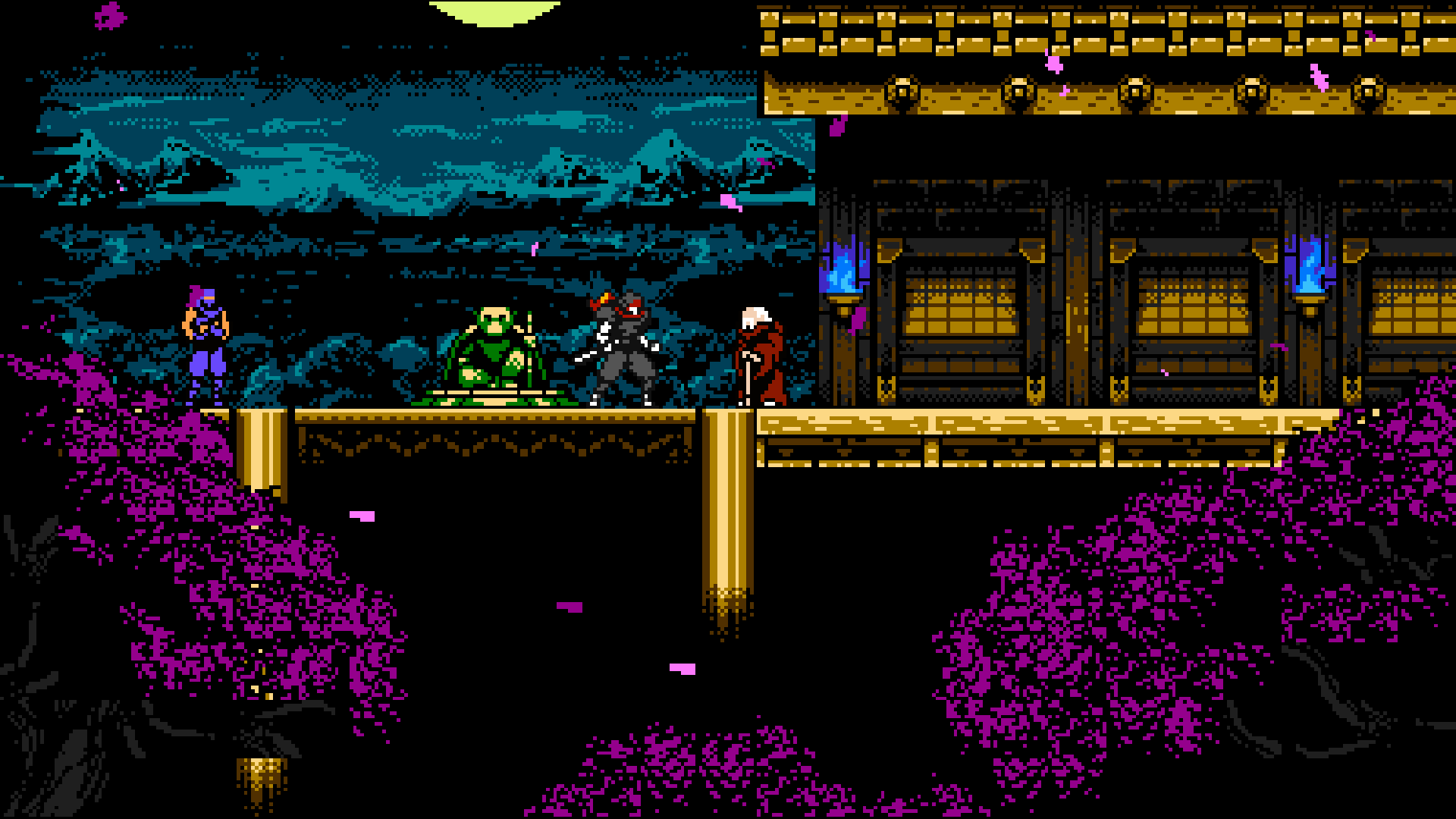 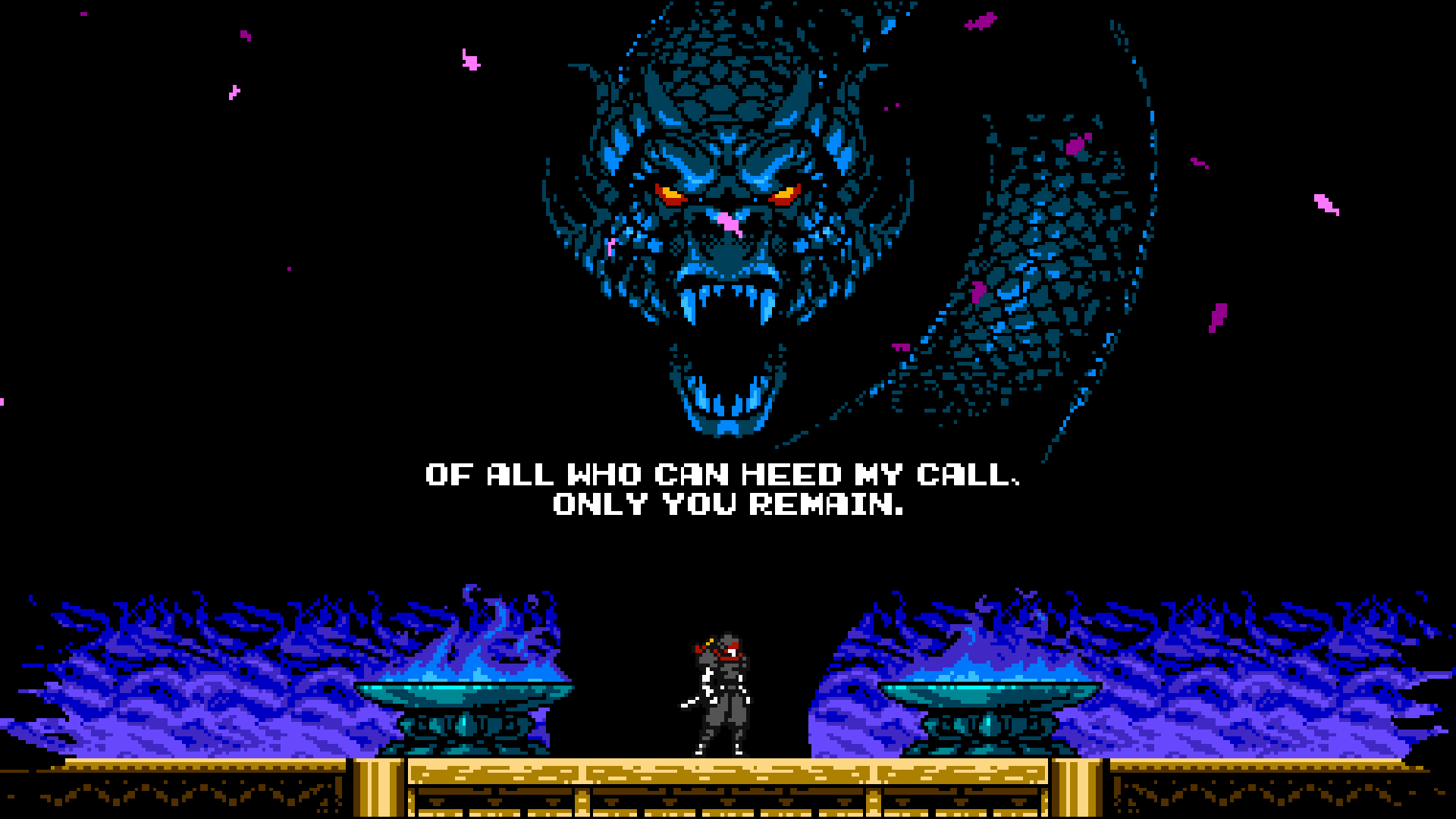 Outside the world of games, were there any other influences you had in mind throughout development?

The comics I read as a kid had similar restrictions as NES games. A limited pre-defined palette and majority of the art defined in black ink. Transformers and Teenage Mutant Ninja Turtles specifically had art that I keep going back to study even to this day. For anime influences there’s Detonator Orgun, Cyber City Oedo, Silent Mobius, Bubblegum Crisis, etc. The list goes on…

“Authentic 8-bit presentation” with “modern touches” sounds similar to the approach Yacht Club took with Shovel Knight. Can you tell us a little about that philosophy and how Cyber Shadow pushes the boundaries into ’8-bit+’?

Following the rules and restrictions of an 8-bit game is such fun that most art in the game is very much possible on a real system. Where rule bending does happen is the number of sprites on screen and the use of parallax scrolling that doesn’t rely on splits. The SFX are also all made in Famitracker.

Story seems to play an important part in the game. Was it challenging to present a cinematic narrative within the confines of the 8-bit style?

The story of the game is somewhat vast but only partially shared in the game itself. I felt it necessary to limit the story output to an amount that I could pull off with enough confidence. The retro-style helped me in this case as it doesn’t naturally demand a lot of story, yet it’s possible to get quite intricate with it if you want. I hope I get to expand on it with what I’ve learned so far. 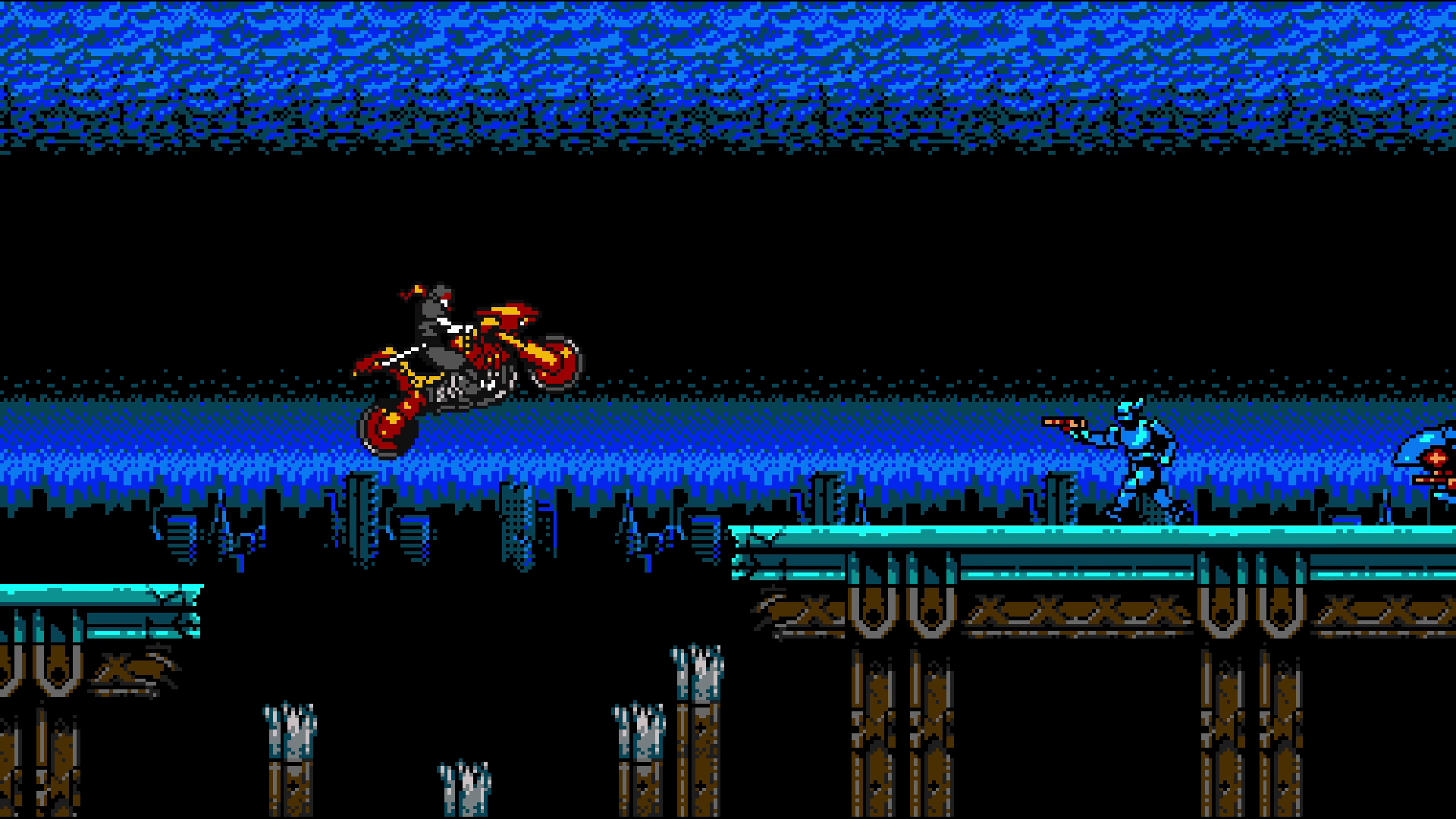 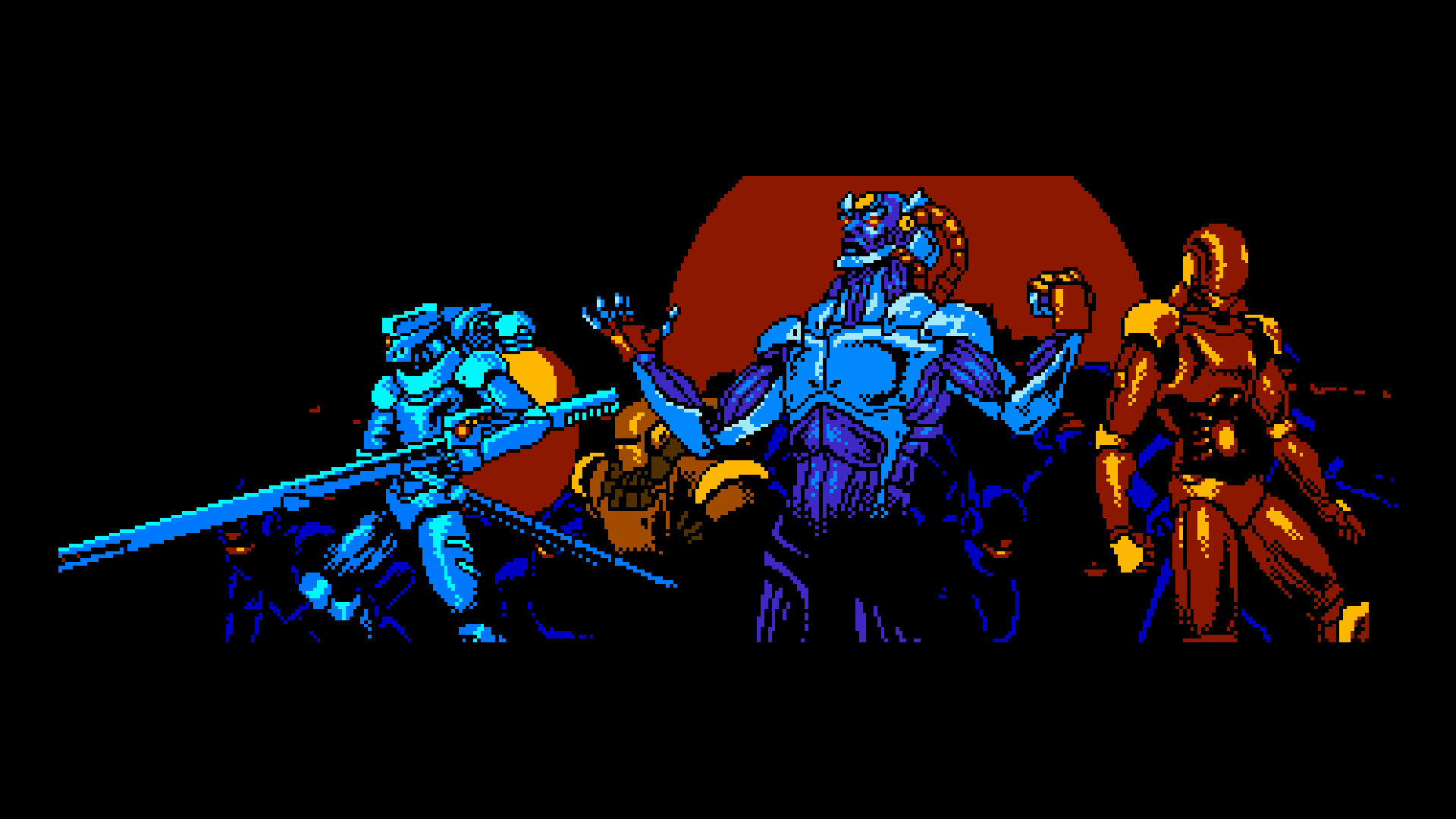 This looks like a huge project for a one-person team! How did Yacht Club get involved, and how have they helped and contributed to Cyber Shadow?

Birds of a feather… Guess it was meant to be? Making a game is one thing but releasing is another. My initial plan was to have a very limited release but now with Yacht Club Games, it is on the Nintendo Switch. I couldn’t even dream about this when I started. On top of taking care of all the heavy lifting outside coding the game, I got lots of guidance on level design specifically and I did my best to live up to their high standards. The game is now far more polished than what I could’ve accomplished just by myself.

My initial plan was to have a very limited release but now with Yacht Club Games, it is on the Nintendo Switch. I couldn’t even dream about this when I started.

Can you tell us a little about the music? How did composer Enrique Martin go about finding that authentic sound and keeping it fresh?

Enrique’s methods are shrouded in mystery but I’ve heard of some very cool gear he has stashed away. He’s a huge Ninja Gaiden fan and an avid retro game collector and years ago showed interest in making music for Cyber Shadow. His first test track really nailed the atmosphere and started to shape the game itself. Some levels inspired him to make music and some of his music inspired me to make new levels. The freshness aspect of it is keeping in mind how the retro age game music was not necessarily inspired by other game music, but by attempts to capture sounds from outside gaming with the tools they had available.

How was the experience of bringing the game to Switch? Will there be any differences with the Switch version?

From my side it was very easy thanks to the efforts of Yacht Club Games and MP2 games who just made it work. I can’t comprehend how it happened, must be dark magic. The Nintendo Switch version supports Shovel Knight series Amiibo. Each one can change Shadow’s color palette and summon a helper to hover around and offer their assistance. Also there’s a fairy big secret hidden somewhere… 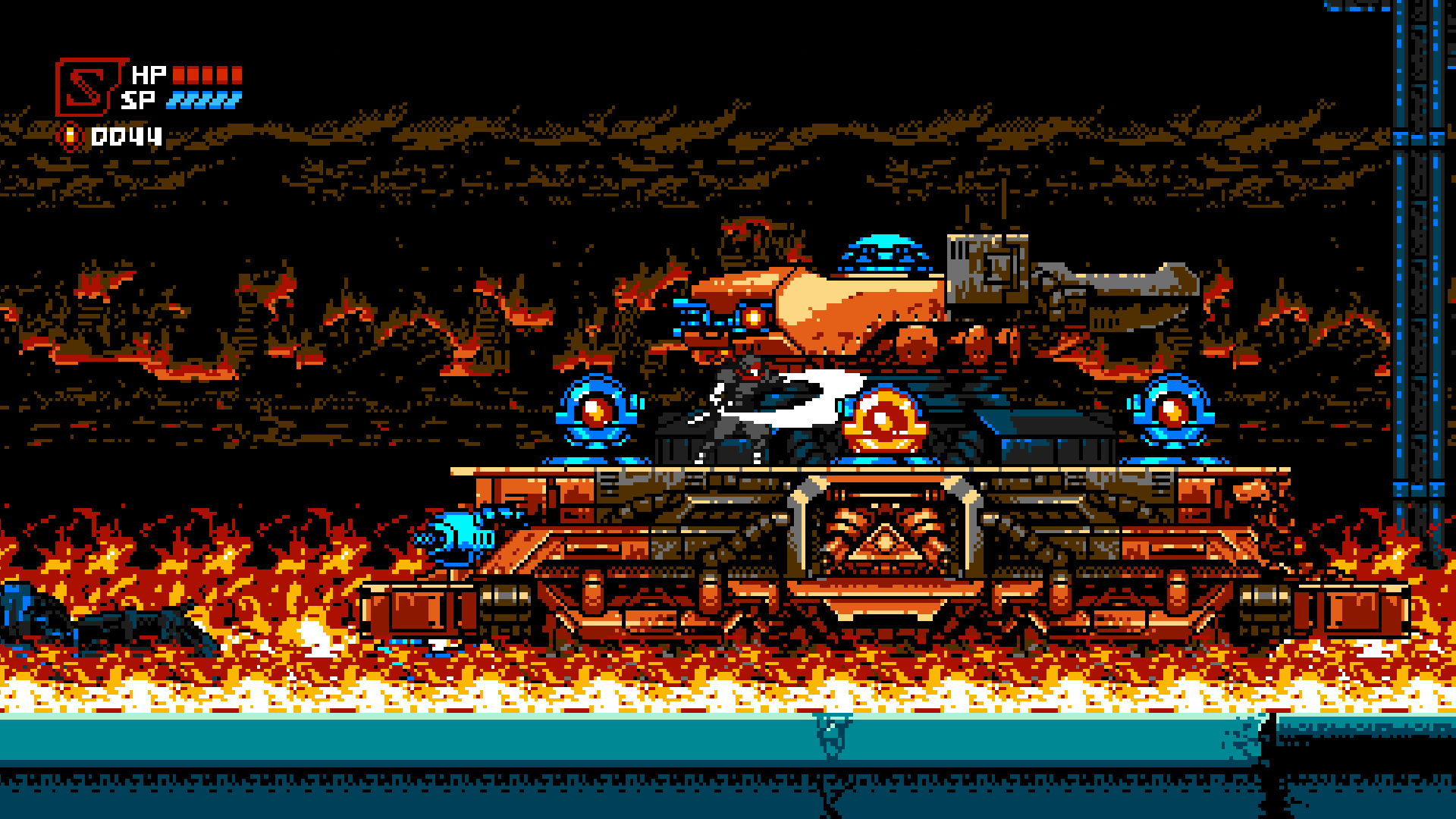 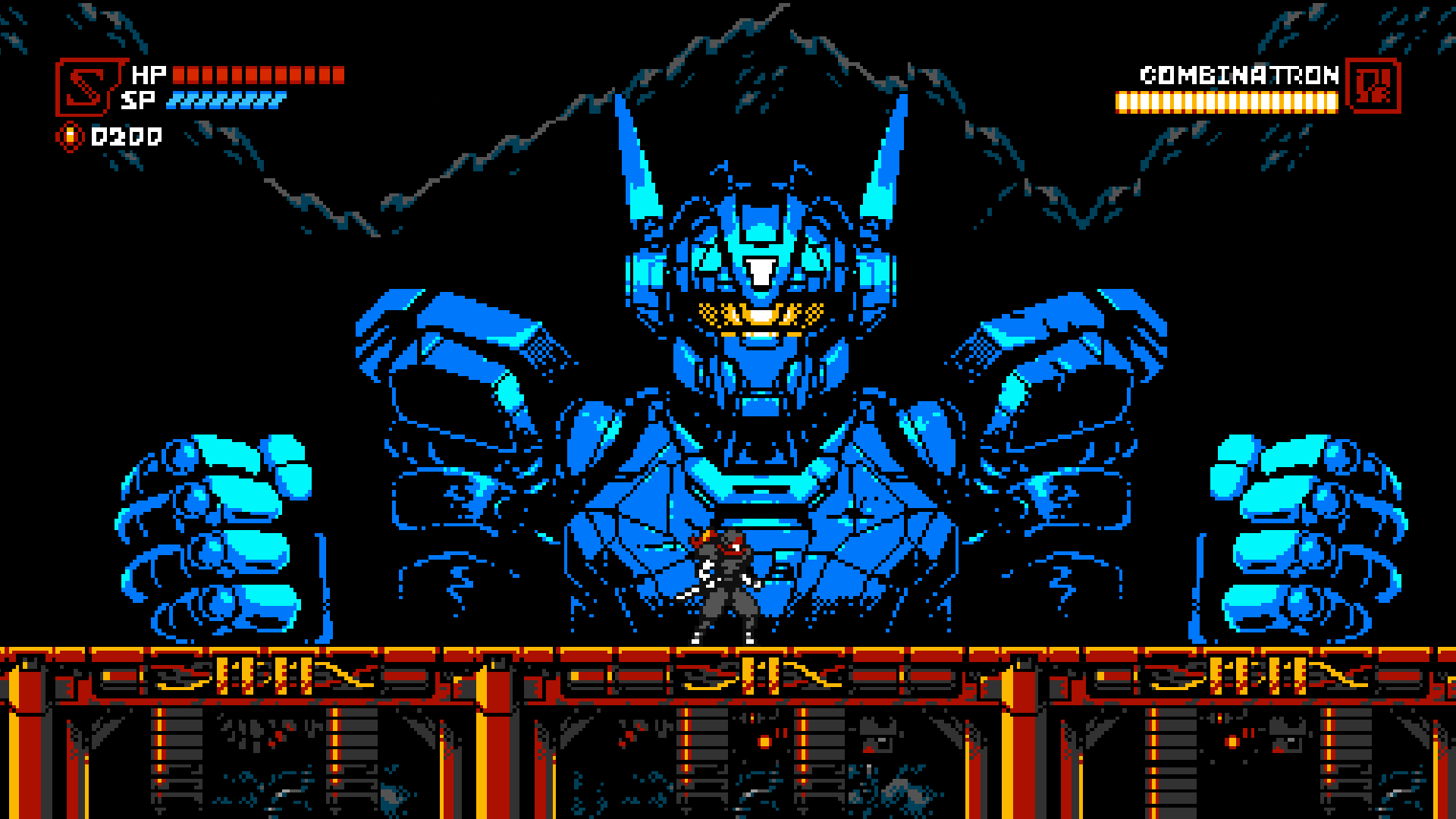 It’s up to the players. If there’s demand, my body is ready.

Finally, how does it feel to be near the end of this long journey? Is there anything else you’d like to mention that we haven’t touched on?

The development has taken such a long time it became ingrained in my day-to-day. Now that it’s done I find myself feeling a bit empty, yet filled with passion to continue with all the new skills I’ve learned and new friends made along the way.

For speedrunning fans, the current fastest time the game has been completed is just a hair under two hours by the magnificent QA people of Indium Play. Under three hours is already a feat! Please enjoy the game and consider reaching out to friends who may feel isolated and lonely in these trying times.

Many thanks to Aarne — you can follow him on Twitter. Cyber Shadow launches on Switch on 26th January. Keep a close eye out for our review soon.

Why we're so excited for Resident Evil: Village and its very tall lady

Why we're so excited for Resident Evil: Village and its very tall lady