Cyber Shadow is slashing, dashing, and leaping its way onto Xbox One and Xbox Series X|S and with Xbox Game Pass on January 26! We’re proud to have collaborated with Mechanical Head Games to create a platforming experience that returns to the simple yet challenging old-school fun in the 8-bit era of gaming (with an added convenience or two!)

In Cyber Shadow, you will rise from the depths of a desolate world where mysterious synthetic life forms have taken over. As Shadow, you must unlock the secrets of his clan’s ancient powers and defeat nefarious enemies before it’s too late. Dash, slice, and leap through masterfully designed levels filled with vigorous close-quarters combat and defeat over a dozen challenging bosses to rescue your clan and unlock Ninjutsu skills and abilities. We’d like to unveil a few of the characters you’ll meet on your ninja action-adventure: Cyber Shadow cuts to the cybernetic heart of what we love about pixel-perfect platformers and we can’t wait to share it with you! 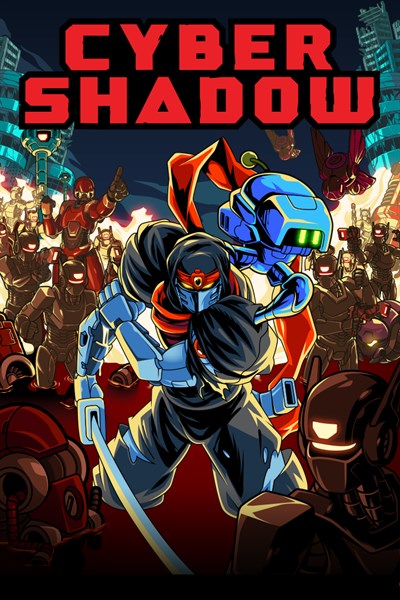 The world has been taken over by the evil Dr. Progen and his merciless synthetic army. A desperate plea for help sets Shadow, the sole survivor of his clan, on one last mission to uncover what started the path to perpetual ruin. Your robotic companion, L-Gion, is your only guide through the ruins of Mekacity. How far will Shadow go to protect his clan and the one he loves? Is there more to their bond than meets the eye? Only you can unlock the secrets to your clan’s ancient powers. Hurry before you run out of time! The road to redemption awaits in Cyber Shadow, the quintessential Ninja Action game.

Vicarious Visions being merged into Blizzard

Vicarious Visions being merged into Blizzard