When you consider how few main Dynasty Warriors / Musou entries have come to Nintendo platforms, it’s almost strange how much influence Koei Tecmo’s hack-and-slash series has upon the Switch library. Developed by Omega Force, their main Nintendo output has mostly been spin-offs outside of 8: Xtreme Legends and strategy focused Dynasty Warriors 8: Empires (which remains Japan-exclusive on Switch). With Hyrule Warriors: Age Of Calamity bringing in 3 million sales after a week and Persona 5 Strikers exceeding sales expectations in Japan alone (and finally coming to the West in February), they’ve given us some remarkable games and for this feature, we’re taking a look at how it all began.

Contextually, this recent reputation is quite fitting when you consider that Dynasty Warriors was a spin-off series too, coming from turn-based strategy series Romance of the Three Kingdoms (for brevity, let’s call it ROTTK).

Early entries could be found on NES/SNES, ROTTK IV being the last one, but like many third-party developers, Koei mostly drifted away from Nintendo during the N64-era. It only truly returned in 2007 with ROTTK XI’s Wii release and even then, support is very sporadic. ROTTK XIII also arrived on Switch but like 8: Empires, that port remained Japan-exclusive.

Let’s not forget Samurai Warriors either, which replaces Dynasty Warriors / ROTTK’s ancient Chinese setting for Japan’s Sengoku period. Early entries skipped Nintendo consoles but come 2010, Samurai Warriors 3 launched on Nintendo Wii, an entry we quite enjoyed back then. 4 and Spirit of Sanada are also on Switch but, you guessed it, only in Japan. Remarkably, this led to yet another sub-series with three-man teams called Warriors Orochi, merging Dynasty/Samurai Warriors into one. We’ve received better Western support for Orochi and they’re fun games but, generally, we didn’t think that highly of them. 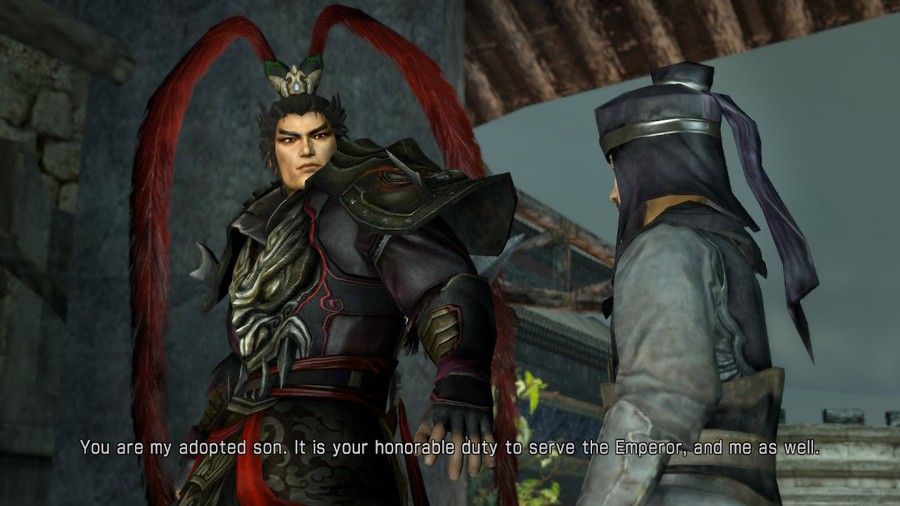 You could easily get lost in Koei Tecmo’s near-endless entries in the series but ultimately the crossovers are what have held the most mainstream interest, all retaining that core Dynasty Warriors gameplay. For those unfamiliar with that gameplay, it usually sees you controlling one singular (practically superhuman) fighter across a large battlefield, taking over outposts occupied by enemy hordes. Doing this means crushing their commanders and defending these locations once captured. Most games suffer from repetition issues and arguably shallow combat but there lies an undeniable satisfaction in sending countless waves of enemies flying around you.

We’ve seen plenty of less notable crossovers like Fist of the North Star: Ken’s Rage 2 and One Piece: Pirate Warriors 3, but from a Nintendo fan’s perspective the real fun began in 2014 with Hyrule Warriors on Wii U. Within this non-canon entry, we found a story that celebrated The Legend of Zelda’s history with high levels of fan service. Thanks to an evil sorceress called Cia who seeks to revive Ganondorf, Hyrule Warriors merged Zelda’s different timelines and let us pick from a wide cast of characters including Link, Zelda, Midna, Darunia and Impa. Showcasing more action-packed gameplay, Hyrule Warriors opened up new possibilities for Zelda fans and remains an entertaining tribute. Despite the window dressing, however, it’s important to remember that it’s a Dynasty Warriors game with Zelda trappings, not the other way round.

We got two later iterations of it, ported to 3DS with Wind Waker content and a Definitive Edition arrived for Switch, but for Nintendo this ride was far from over. Fire Emblem Warriors arrived a few years later and it built upon the foundations set before. As a series that helped pioneer the tactical RPG genre, seeing this aspect disappear was certainly unusual but Omega Force tried capturing that spirit of Nintendo’s series within a wider action setting, letting you issue orders to allies across the map and incorporating Fire Emblem’s famous weapons triangle. 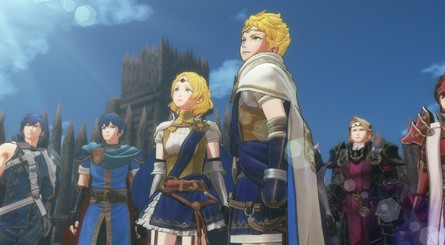 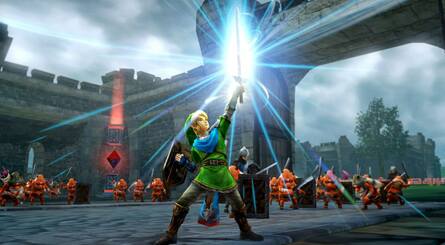 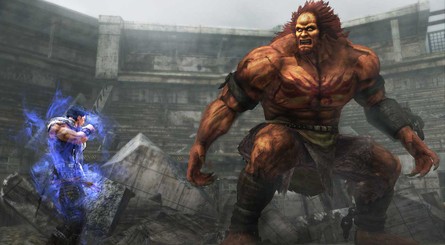 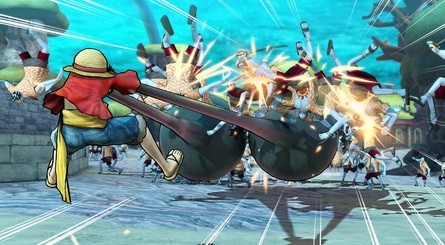 This wasn’t the perfect experience sadly and though it was certainly enjoyable, a messy story and unusually weighted roster took the shine off for some. Excluding the original characters, Warriors had a chance to draw from Fire Emblem’s rich history that, at the time, spanned across twelve main entries; it ended up drawing almost exclusively from just three: Shadow Dragon, Awakening and Fates. The only exceptions were one-offs — Lyndis from The Blazing Blade and Celica from Shadows of Valentia — making it a missed opportunity to celebrate the wider series.

By merging more traditional gameplay elements of these franchises with Dynasty Warriors’ signature gameplay, these crossovers presented a new set of opportunities

Despite these early flaws, a consistent trend had formed. By merging more traditional gameplay elements of these franchises with Dynasty Warriors’ signature gameplay, these crossovers presented a new set of opportunities. Letting publishers market something deeply familiar but remarkably fresh, Nintendo spotted a winning formula early that they’ve built upon since. Better yet, they weren’t alone.

Atlus was already known for releasing spin-offs that are also sequels (hey Persona 4 Arena!), so it wasn’t surprising that they found potential in this approach, too. Initially envisioned as a “Persona Warriors” game that covered multiple entries, they eventually settled on a direct follow up to Persona 5 (sorry Royal fans, that new story isn’t referenced) and Japanese Switch owners received Persona 5 Strikers back in February. Taking place six months after P5, the Phantom Thieves of Heart have reformed as they investigate a new wave of mysterious incidents, now travelling across Japan. 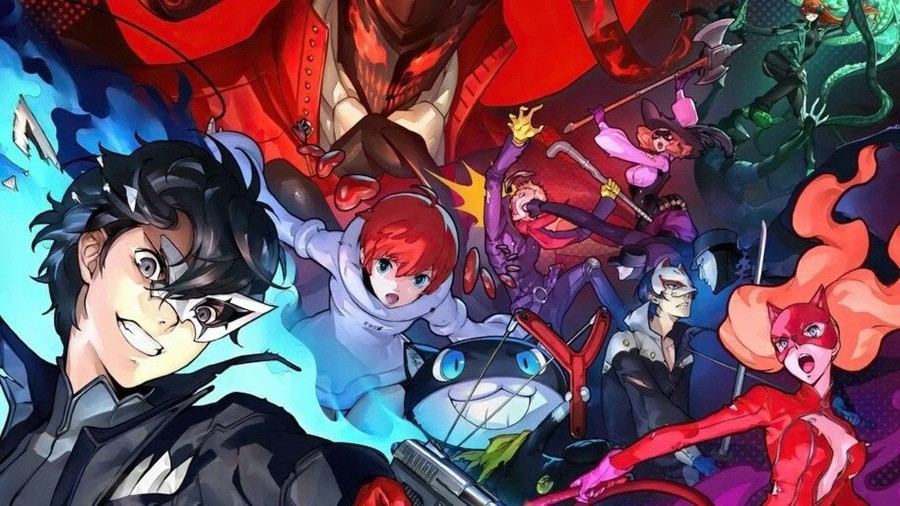 Like Fire Emblem Warriors, Strikers ditches the turn-based approach of its parent series for hack-and-slash gameplay but keeps core elements, such as Persona fusions inside the Velvet Room. Although the original game hasn’t come to Switch — a fact that remains a major point of contention with some fans — next year’s western launch for Strikers remains eagerly anticipated. Interestingly, Atlus has also teased additional “exciting plans” for the series’ 25th anniversary in 2021, so whilst Switch ports are a possibility, another Strikers game could be on the cards too.

It makes quite a contrast with Age of Calamity then, which adopted a similar mentality but took the prequel route instead, unlike Hyrule Warrior’s non-canon approach. Set 100 years before The Legend of Zelda: Breath of the Wild begins, this recent entry details what happened during the Second Great Calamity and Calamity Ganon’s eventual revival. It builds upon Hyrule Warriors’ foundations well, keeping basic combat in place but adds numerous features that bring gameplay elements of Breath of the Wild into play, such as cooking, discoverable Koroks and Sheikah Slate abilities.

It made for an experience unlike anything we’ve ever seen in the official Zelda canon, expanding upon Breath of the Wild’s rich world with a high level of polish. Although it also falls into that repetition trap and can struggle with performance (especially during co-op), we thought it was great and Age of Calamity is one of the most accessible entry points for the genre yet. Not only does it set a high bar for these crossovers, it felt right at home within the Legend of Zelda series, becoming the fastest-selling Musou game of all time.

Combined with Persona 5 Strikers’ early success in Japan and positive previews, both games have built upon strong foundations which marry elements from other series with the best of the Warriors gameplay, and it bodes well for this format. As for what comes next, we could speculate forever about third-party crossovers. Nintendo doing ‘Super Mario Warriors’ or ‘Animal Crossing Warriors’ seems extremely unlikely, though Star Fox or Kid Icarus could potentially fit the bill. Whatever’s next in the pipeline, if Omega Force can continue creating such polished experiences, we’ve got plenty to look forward to.