With excellent ports of Fatal Fury First Contact, King of Fighters R-2, Samurai Shodown! 2, Gals’ Fighters and The Last Blade soon to be joined by the magnificent SNK vs. Capcom: The Match of the Millennium, there’s an uncomfortable feeling that SNK’s Neo Geo Pocket library has already been picked clean before the collection’s really even started.

The amazing SNK vs. Capcom: Card Fighters Clash is still conspicuous by its absence (and is guaranteed to utterly destroy at least one writer’s productivity levels should it ever resurface on the Switch) but once you’ve got all the fighting and fighting-related games out of the way, what else does this portable Neo Geo have to offer?

The answer to that question is “Quite a lot, actually”. Here are five of our personal Pocket favourites that go beyond the expected punch-exchanging fare, have already been released in English, and would all deserve a very warm welcome if they made the leap to a new Nintendo home. 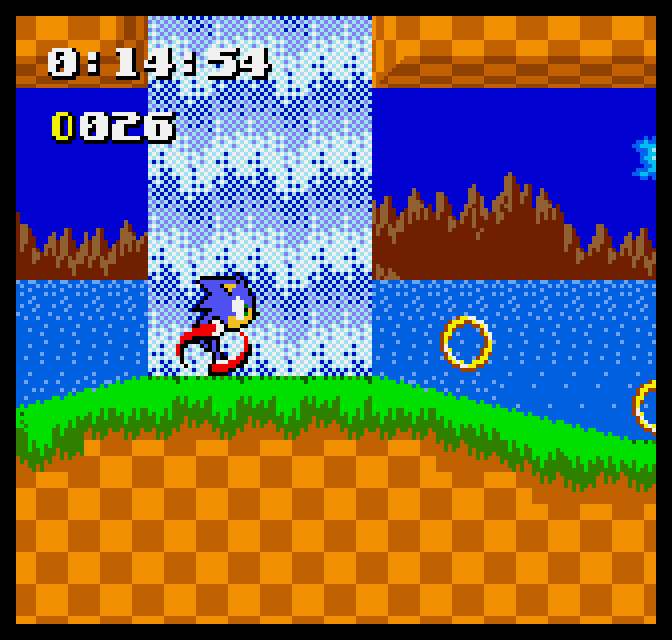 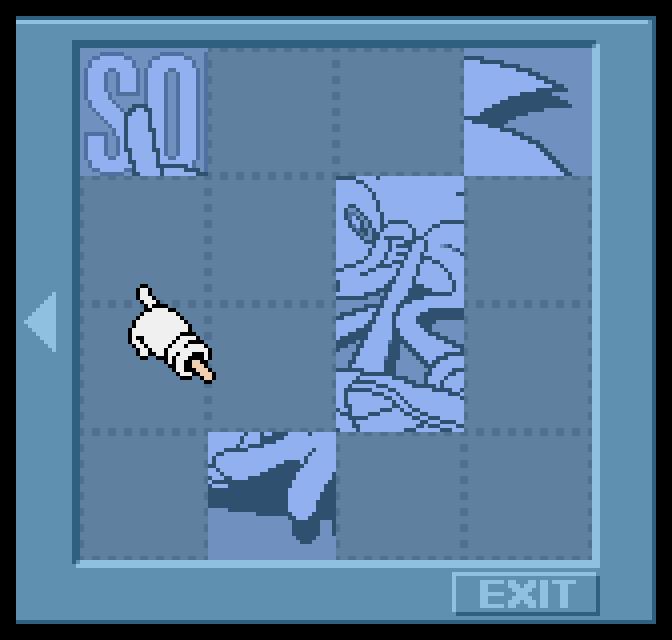 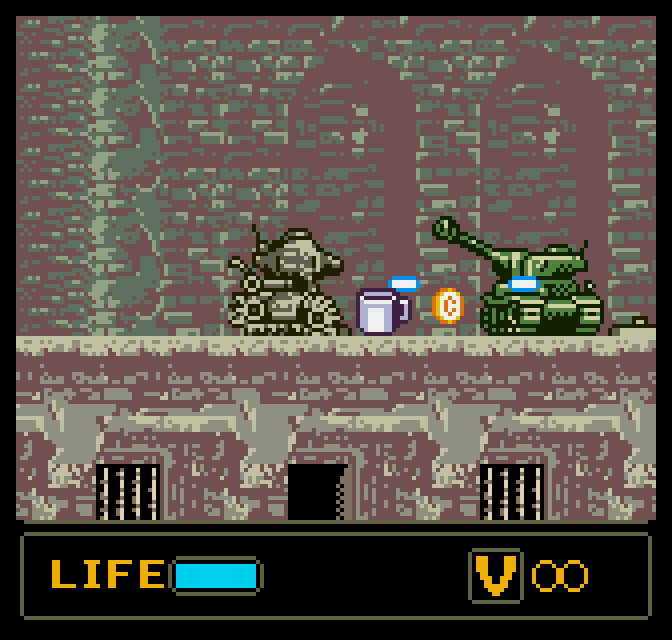 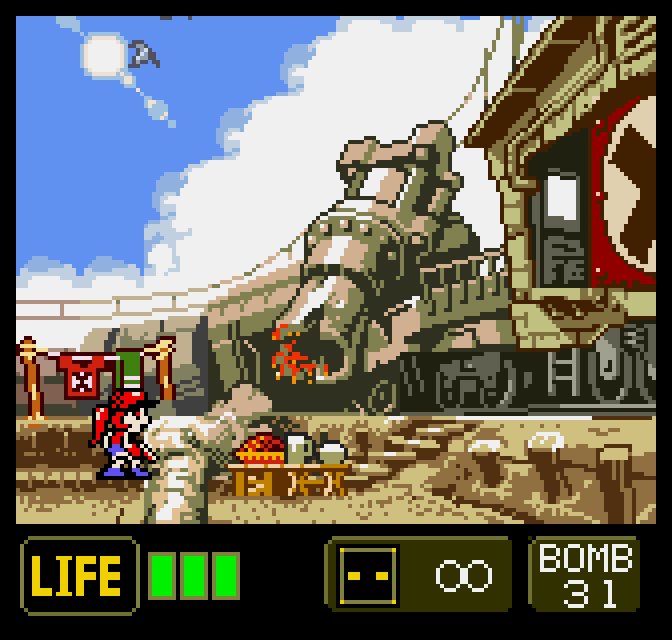 A Frankenstein’s monster of level art borrowed from the original Mega Drive Sonic quadrilogy combined with remixed music from Sonic 3, Sonic Jam’s menu design, and Sonic Adventure’s slimmer, green-eyed hedgehog should feel like nothing more than a hastily taped-together reminder of older, better, games, but in practice, Sonic’s SNK outing is at least as much fun as any of his other battery-powered adventures and in places, some of these unexpected blends of old Sonic with a different sort of old Sonic feel downright inspired. The all-new level layouts mean there’s something new and fresh in here even for those who can play the originals with their eyes closed, and the addition of hidden collectable puzzle pieces on each level, (as well as all the usual Chaos Emerald business) mean there’s still plenty to come back for even when you’ve mastered the fastest route through these new-old zones. Could this see a release on Switch? Well, Sega and SNK seem to have forgotten about this groundbreaking title (alongside the 1998 Game.com version of Sonic Jam, it was one of the first times that Sonic had appeared on non-Sega hardware), but hopefully, they can fix this issue with an eShop release – it would sell by the bucketload, for sure.

Metal Slug’s always welcome wherever it goes, and this pair of Pocket exclusives is no exception to that happy rule. Everything you’d hope to find from a game bearing the series’ esteemed name is present and correct, from the underwear-wafting hostages to the titular Metal Slug, the horizontal shmupping of the Slug Flyer, and an array of comically-overpowered weaponry, while the lavish animation leads to guards expressing amusingly exaggerated shock when they spot you, gently floating into view on a belt-tied propeller, or lazily snoozing under a newspaper. The greatly expanded range of missions (some skippable) make both of these games a substantial single-player experience, and the inclusion of a short health bar gives the much-loved formula not only a new format to play on but a small new twist, too. Oh, and like so many of the NGPC’s better games, these are now worth a pretty penny on the second-hand market, so an eShop release would be very, very welcome indeed. 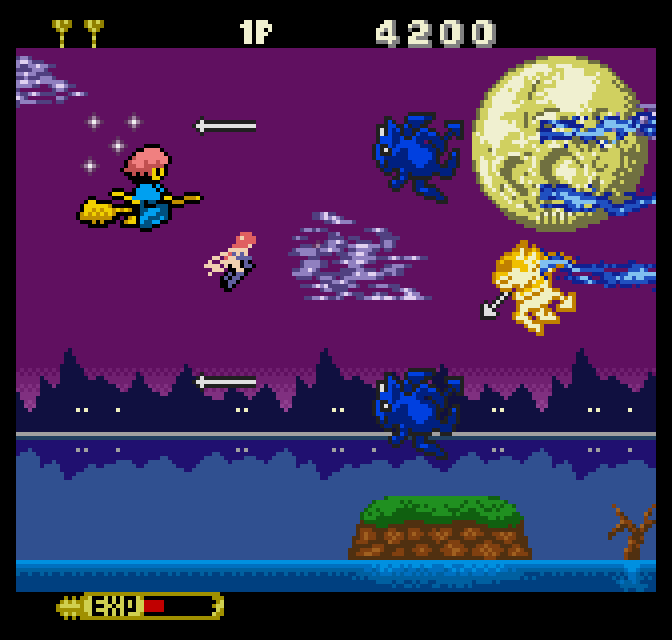 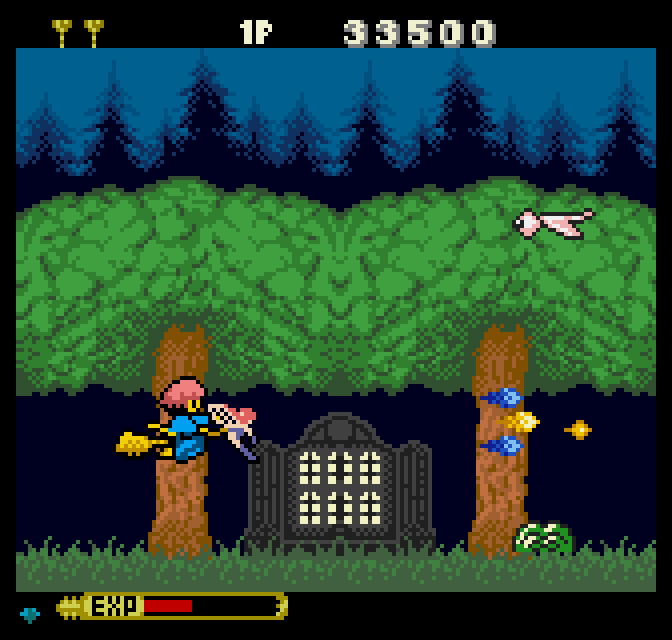 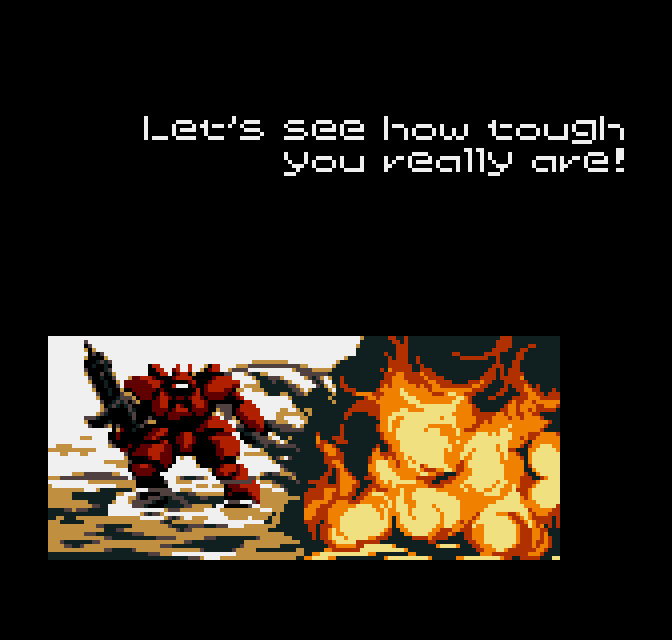 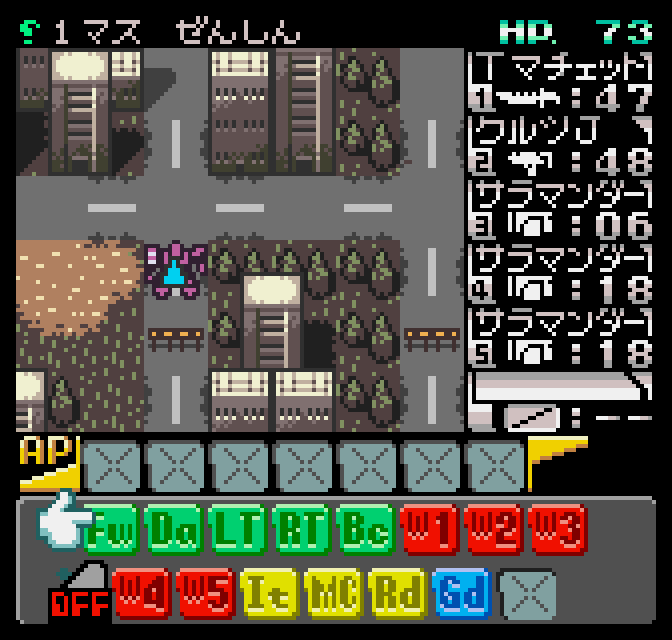 Having an arcade-quality shump in your pocket may not sound like a huge selling point on a powerful portable system like the Switch, but this ambitious de-make of Cotton’s most famous adventure possesses a colourful, timeless charm that’s well worth experiencing in its own right. Even in this miniaturised form, the game remains a fun, challenging title, and a perfect fit for some casual on-the-go gaming – and collectors seem to agree. A complete physical copy of this game is now so ridiculously expensive you could buy a brand new Switch (maybe even two) and the entire Neo Geo Pocket Color Selection to go with them, and after all that, you’d still have spent less money than one boxed second-hand copy of this game would have cost you.

This is another title released in almost legendarily low numbers in English (and not a great deal more in Japanese) meaning that copies tend to be hard to find, and when they are available they consistently command eye-watering sums of money – a real shame, as Sacnoth’s (Koudelka, Shadow Hearts) take on mech strategy gaming is an imaginative one. In this near-future setting, each highly customisable “TS” (Toy Soldier – Faselei’s term for mechs) unit must be “programmed” using a limited selection of chips to move, shoot, and step to the side before everyone’s actions – friend and foe alike – simultaneously play out on the battlefield. As one of the system’s most desirable titles, this would make for a brilliant addition to the Switch eShop. 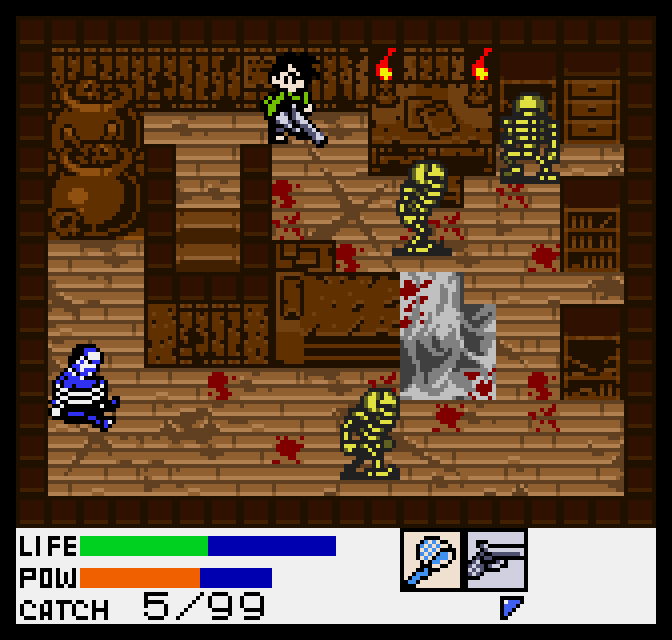 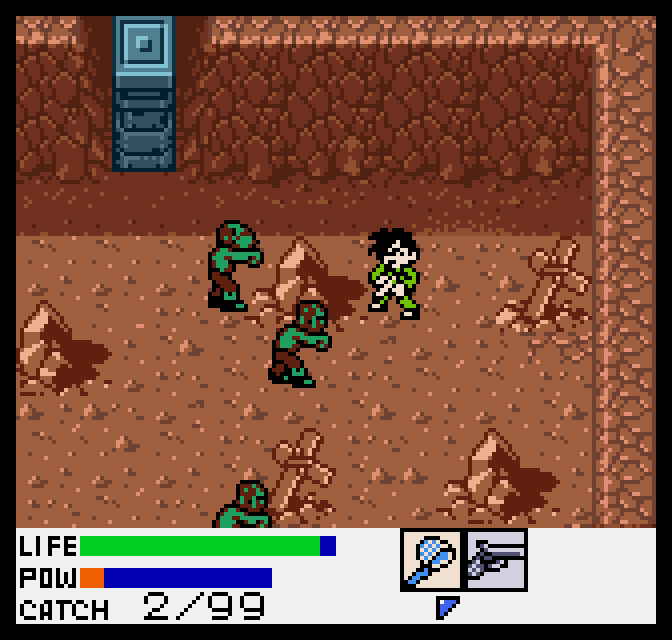 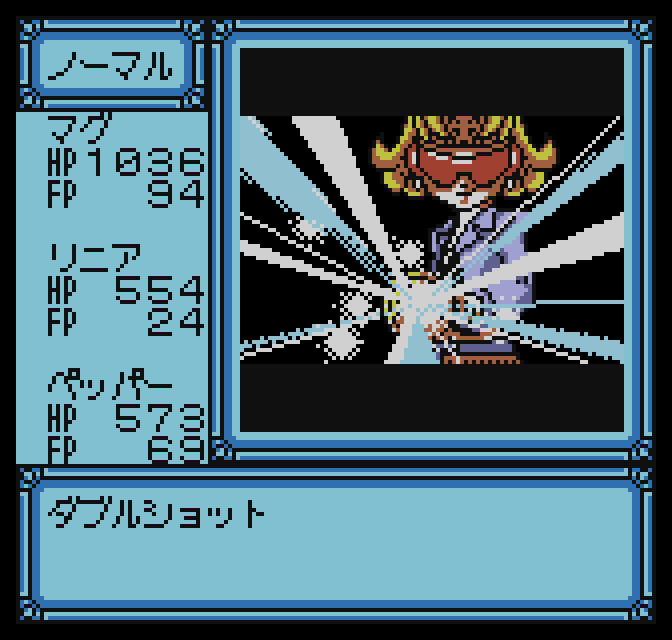 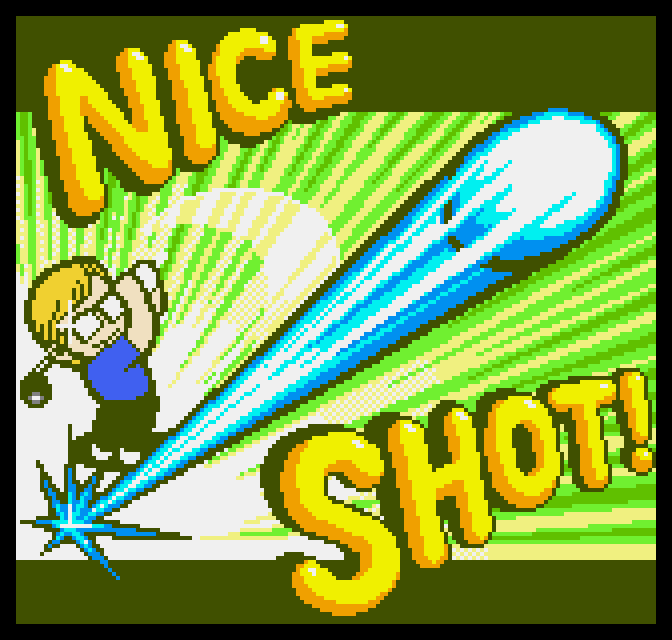 A ghoulish action RPG liberally sprinkled with skulls and other macabre imagery would stand out from the crowd on any format, but here especially, it really feels like the spine-tingling blast of undead air it should. This Pocket exclusive is based on SNK’s little-discussed arcade light gun game Beast Busters, and Dark Arms really tries its hardest to match the gruesome gore of its coin-guzzling inspiration with a vast horde of ghosts, zombies, and other unholy fiends to be found roaming bloodstained rooms and abandoned tombs. Underneath all the grim graphics is a great RPG with a day/night system that affects the areas you can visit as well as the monsters within them, and weaponry that can be enhanced or even evolve into ever more outlandish forms by feeding it enemies captured in the field.

Those five above are still a long way from exhausting the Neo Geo Pocket’s supply of hidden gems: in English, there’s a broad range of adventure, puzzle, and arcade-style sports releases to suit all tastes, such as Dreamcast roguelite Evolution’s surprisingly faithful port, Biomotor Unitron, Neo Turf Masters and the complimentary Dive Alert games.

Looking to Japan, arcade train ‘em up Densha de GO!! 2, Mizuki Shigeru’s (of GeGeGe no Kitaro fame) Yokai Shashinkan, and Ogre Battle Gaiden, an exclusive entry in Quest’s highly regarded Ogre Battle series, are just a few of the treasures waiting to be rediscovered. Perhaps we might even see SNK vs. Capcom: Card Fighter’s Clash 2, which was never localised for the west?

The system may not have had the biggest software library and with some of its more popular titles already having literally arcade-perfect ports available to buy on the Switch (or in Cotton’s case, an upcoming reboot) it does take away some of the sparkle these games had when they were new, but there are still plenty of unported delights waiting for their second chance to shine – or in some cases, a chance to shine at all – and there really is no better place for these games today than on the Switch.