Republished on Wednesday 30th December, 2020: We’re bringing this review back from the archives following the announcement of January 2021’s PS Plus lineup. The original text follows.

Spiders has been busy this generation. The French developer has released two role-playing titles up to this point: Bound by Flame in 2014, and The Technomancer in 2016. Both games had some cool ideas and a unique feel, but ultimately, they were let down by wonky gameplay mechanics and stunted storytelling. There’s a spark of something greater at the heart of Spiders’ output — but until now, it’s been smothered.

We say until now because GreedFall is without a doubt the studio’s best title to date. Third time lucky, the developer has finally bolted its passion for somewhat strange fantasy onto a rock solid gameplay foundation. GreedFall is bigger than its predecessors but also much more consistent in tone and structure — it could well be Spiders’ breakout release. 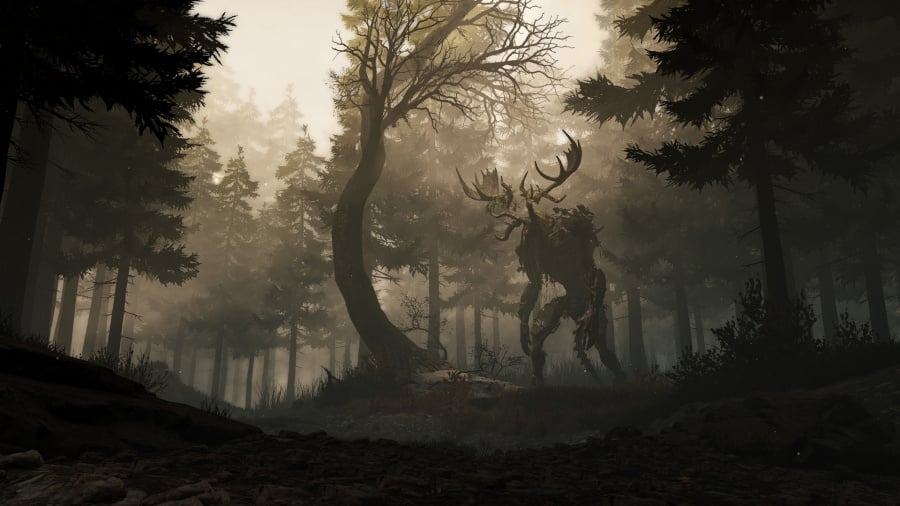 When it comes to Western action RPGs, it’s surprisingly slim pickings on PlayStation 4, and GreedFall looks to fill that gap in a post-Witcher 3 world. It’s got a lot in common with Dragon Age: Inquisition: party-based combat, choice-based dialogue, an emphasis on character classes, and equipment crafting. It also favours large, separated zones over one big open map. But unlike Inquisition, GreedFall isn’t weighed down by countless fetch quests and miscellaneous objectives — it’s a neatly packed experience from start to finish.

You play as De Sardet, a kind of diplomat who’s tasked with establishing order on a mostly untamed island. Away from the troubles of the continent — which include a rather nasty plague — the island of Teer Fradee may seem like paradise at first glance, but it’s not long before De Sardet and his or her pals come to realise that tensions between warring nations and the island natives are at an all-time high. Naturally, it’s your job to try and make everyone get along.

As hinted, De Sardet can be male or female, and you get to tinker with some basic character customisation right at the beginning of the story. However, De Sardet never truly feels like your own character. Their personality is pretty much set in stone from the start, and there are no real opportunities to reshape it — you either do your diplomatic duty well or you bugger it up. 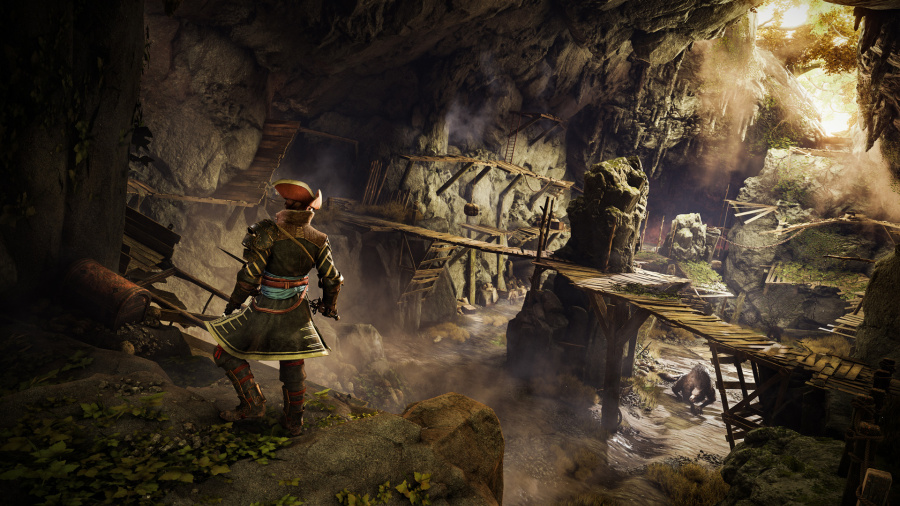 Indeed, meaningful dialogue choices are few and far between. Most of the time you’ll find yourself simply selecting questions from a list when conversing, with De Sardet deciding the tone for themselves. For an RPG that’s clearly trying to muscle in on BioWare’s territory, it’s disappointing that only a handful of key events present you with actual choice and consequence.

All that said, there is still role-playing to be found here, specifically in how you build De Sardet. Investing in traits like charisma or intuition, for example, allows for dialogue options that can alter the outcome of quests. But these don’t really feel like choices when they represent the optimal conclusion. Numerous quests will either end in bloodshed (bad) or successful negotiation (good). It’s black and white all too often, and it feels like GreedFall is selling itself short.

Now don’t get us wrong, RPG fans will still find a lot to like here. There’s satisfaction to be had in diffusing a standoff between religious zealots and incensed natives, but we just wish that there was a little more depth to it outside of pumping all of our skill points into the charisma stat. 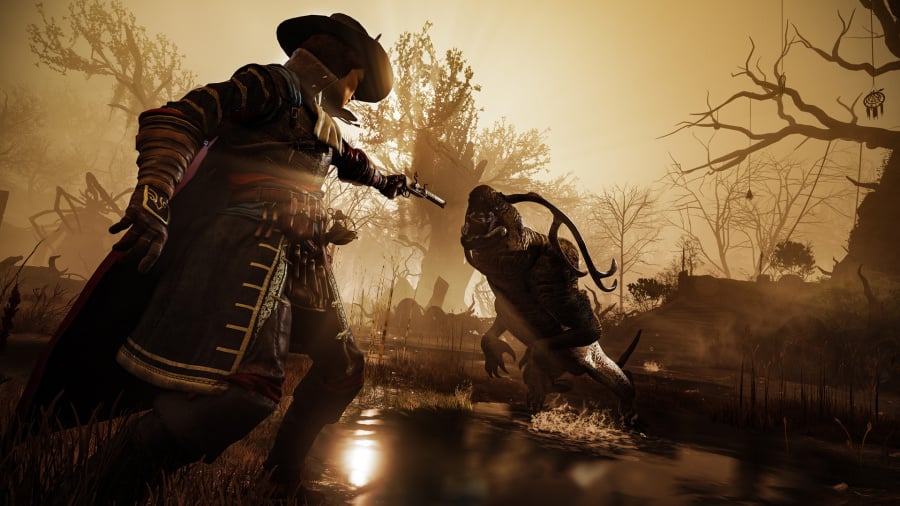 The role-playing may fall a little short, but GreedFall does well with its world building. This is an intriguing fantasy inspired by European colonisation, complete with muskets, frilly clothes, and dashing facial hair. At its best it’s a fascinating setting that oozes character — it’s unique for all the right reasons.

The factions that inhabit this world do a great job of selling it, too. The scientifically-minded Bridge Alliance is butting heads with Theleme, a deeply pious (and violent) nation built on the teachings of a saint. Meanwhile, the natives of Teer Fradee worship nature, and as you can imagine, many of them aren’t too happy to see their home be picked clean by outsiders. Although the dynamic between three main factions can be predictable, it’s still a finely balanced triangle that makes you question where your loyalty lies.

Likewise, the game’s main cast of characters is reasonably strong. They don’t have a massive amount of depth to them, but your companions all have their quirks, and getting to know them is a highlight. Indeed, many of the title’s side quests are issued by your buddies, giving you both insight into their character as well as the organisations or people that they’re a part of. 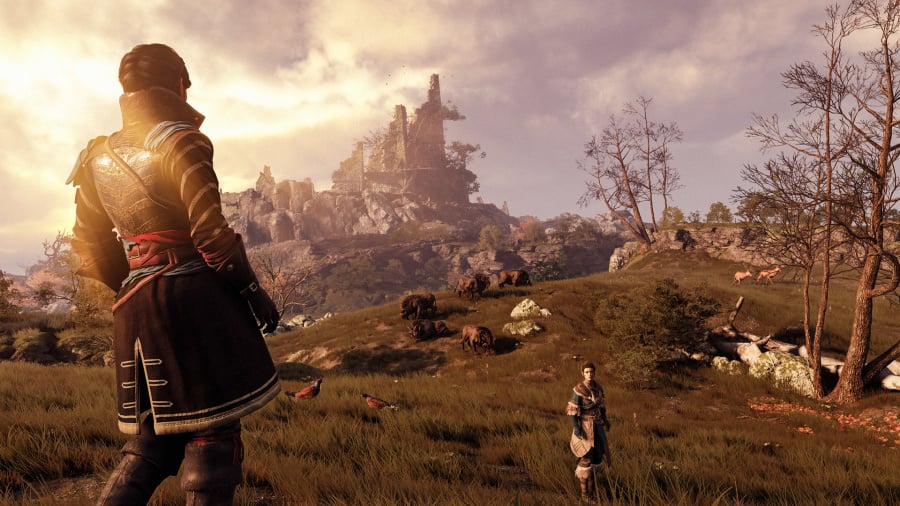 With a decent cast and good world building, GreedFall’s story has everything it needs to succeed, but whole chunks of the game are hampered by monotonous writing. It’s not a deal breaker, but dialogue has a habit of becoming background noise. The thing is, there’s hardly any humour to GreedFall. Everyone and everything is just a bit angry, a bit disgruntled, lacking any distinct flavour. Lesser characters drone on and on for minutes at a time about their problems, and although it’s generally well acted, it’s difficult to pay attention when it’s all so consistently dull. To make matters worse, several side quests have you track back and forth listening to absolutely everything that every NPC has to say before you can progress. It can be mind-numbing, and it certainly isn’t helped by the complete lack of background music or ambient noise during dialogue.

But it’s not all mouth-flapping — this is an action RPG for a reason. GreedFall has the best combat of any Spiders game — that much is immediately clear. It’s surprisingly tight and responsive, with a focus on basic combos, special abilities, and evasive techniques. Parrying attacks is also an important feature, and really comes in handy when you have to open up a particularly aggressive enemy. Battles tend to be fast and engaging, and not just because a few heavy hits can have you guzzling healing potions like no one’s business.

Yep, GreedFall can be challenging at times, but aside from some noticeably dodgy hitboxes, it rarely frustrates (and it’s worth noting that there is an easy mode). Our only gripe is that your companions, as competent as they usually are, seem to have a hard time against certain beefy bosses. Some attacks appear to stun your allies into submission — either that or they’re suddenly too stupid to run away. On the harder difficulties this is especially noticeable, and foes can be so deadly that not having your pals back you up is almost guaranteed to result in a game over. It’s an annoyance, but we’re hoping that the AI is tweaked post-launch. 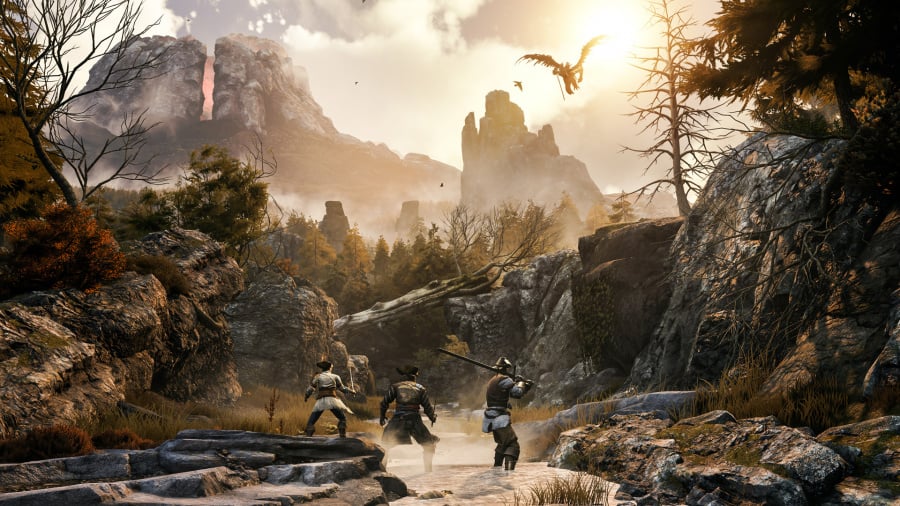 Combat is largely a good time, then, and it’s bolstered by the different fighting styles that you can switch between on the fly. One-handed weapons, two-handed weapons, guns, traps, and magic are all options, and you can mix and match however you like through De Sardet’s skill tree. It’s not the deepest progression system out there, but it’s nicely balanced; smashing a heavily armoured opponent with a hulking axe feels satisfying, while zipping about the battlefield firing off magical blasts is enjoyably fluid. It’s no Dragon’s Dogma or Monster Hunter or Dark Souls, but it’s infinitely better than what Spiders has managed before.

You know what else sets the bar for the developer? GreedFall’s performance. Unlike The Technomancer, GreedFall runs very, very well on PS4 Pro. Load times are fast and it barely drops a frame, resulting in an impressively smooth experience. Granted, it’s not an amazing looking release (even if its art direction is really nice), but it’s flawless where it counts, minor graphical bugs aside.

GreedFall is Spiders’ best game by some distance, and it’s impressive how far the developer has come in just a few short years. It successfully scratches that BioWare itch with an intriguing world, likeable characters, and rock solid gameplay. However, aside from its unique setting, nothing about GreedFall truly stands out. Its combat is good but not great, its role-playing is largely fine but ultimately stunted, and its writing is competent but sometimes boring. GreedFall is right on the cusp of being something special. RPG fans will find a lot to like, but don’t go in expecting the genre’s next masterpiece.