Rockstar Games has pushed another big score to GTA Online in The Cayo Perico Heist. Jetting off from Los Santos, you’ll raid a private tropical island defended by a nasty militia. For the first time, you also won’t need teammates to take on this heist. It can be completed entirely solo.

What this means for the lone wolves among us is that you’ll get the full take at the end of the mission — you won’t need to split the pot with your pals.

In light of this information, we’re going to run through all of the rewards you receive for completing The Cayo Perico Heist, and show you how to maximise your take when you get boots on the ground in Cayo Perico.

The main thing you’re looking for in The Cayo Perico Heist are the Madrazo Files, which will net you a $1,100,000 reward from Miguel Madrazo, the quest giver who put you up to this.

Pavel your soviet shipmate will then take a $22,000 cut from that take for his services. This means $1,078,000 is the lowest amount of money you can earn from The Cayo Perico Heist.

However, given that one of the leading prep missions for the heist is a gigantic scoping mission that covers the entire island, there’s plenty of potential to increase your take beyond that number. You can easily earn more than $4 Million total per heist with the help of Secondary Targets.

How to boost your take with Secondary Targets 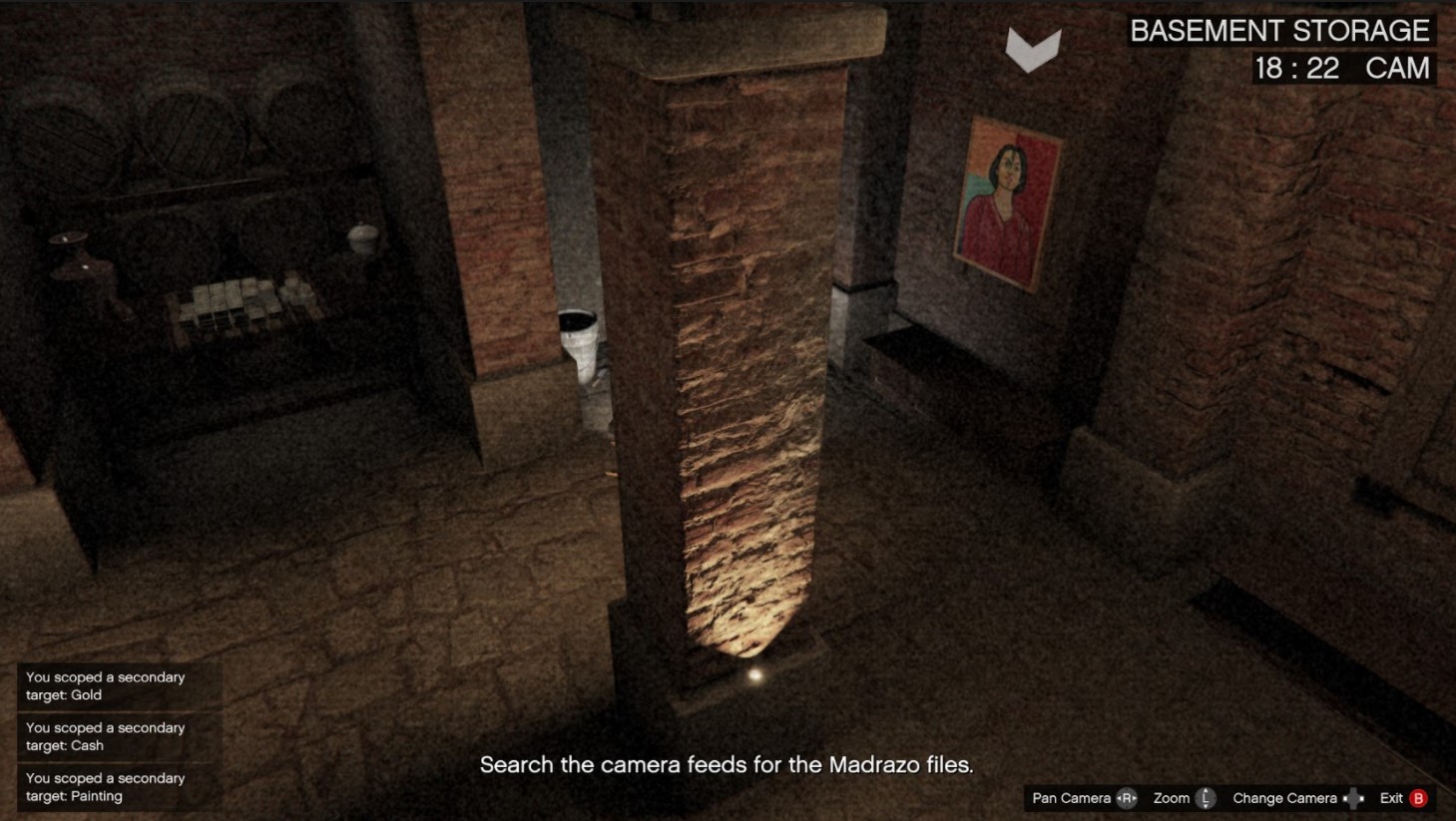 During the ‘Gather Intel’ mission that kicks off the heist preparations, you’ll scope out El Rubio’s compound, finding different entrances to the fort as well as gold, cash, paintings and drugs by hacking the island’s security cameras.

The extra resources you can spot by being thorough with the cameras are known as ‘Secondary Targets’ and can eventually be picked up during the finale, to reward you for having an eagle eye.

There are also plenty more Secondary Targets scattered throughout the island, beyond the compound itself. You can scope out as many as you like while gathering intel and then pick them up during the finale preamble when you arrive on Cayo Perico.

You can also pocket Secondary Targets once you’ve stolen the Madrazo Files and you’re making your escape, but this is inherently more tricky. 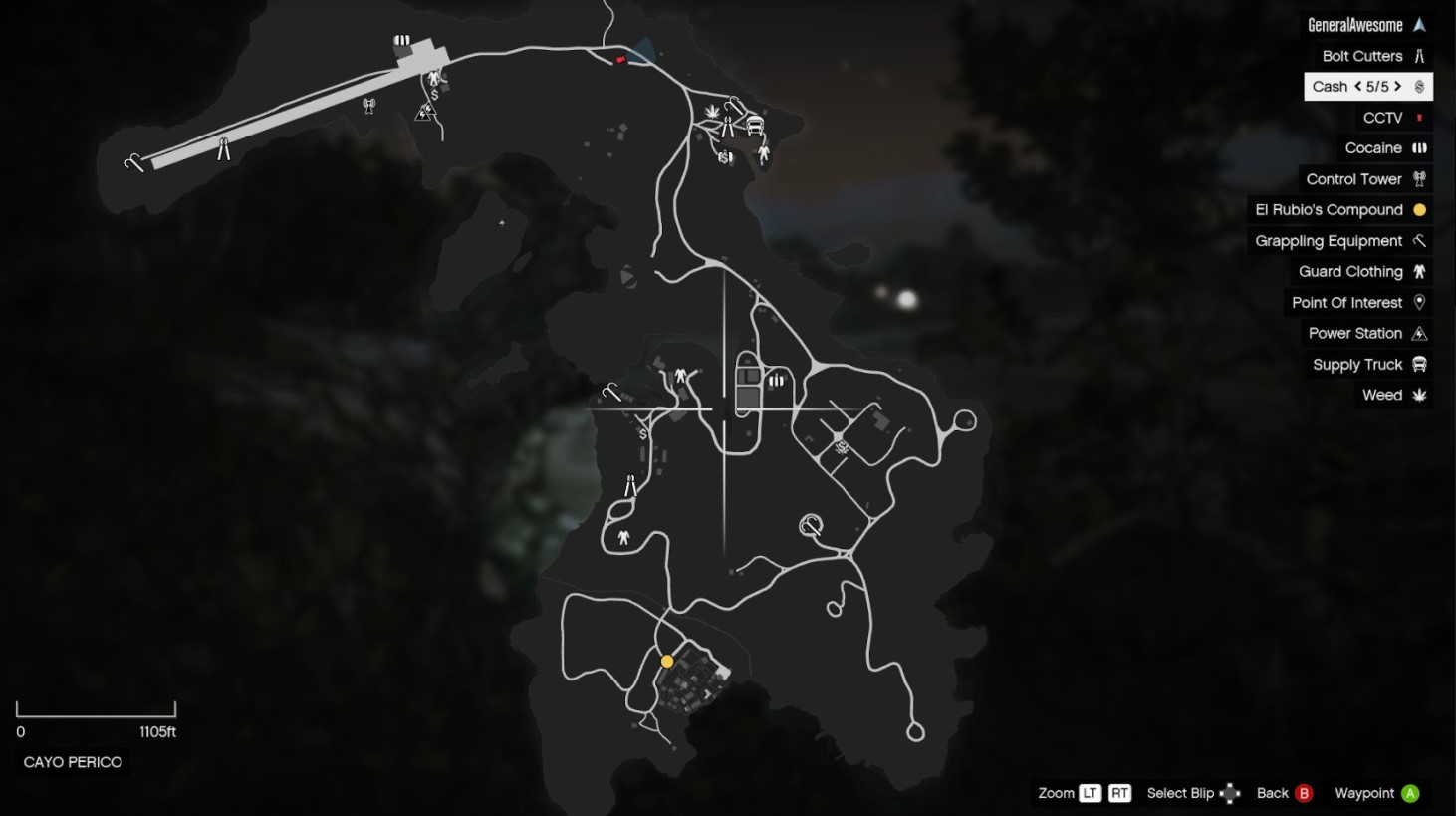 The critical thing to know is that the location and nature of the resources beyond the compound are random, and will differ between players. You can see in my completed map screenshot above that I found Cash and Cocaine at the airstrip, but your mileage may vary. You may find nothing there, but encounter stacks of Weed at the North Docks, for example.

Regardless of the type of Secondary Target, when you find them during the finale, you’ll need to pack them into your loot bag. In my experience, I could only hold two stacks of cocaine or cash before my bag was full, and that provided around $500,000, though this may scale depending on the resource.

However, my planning screen tells me that my maximum potential take was $3,450,000 thanks to all of the Secondary Targets I had scoped. If you’re playing with a full group of four, you could make that amount, and I’ve seen some other players on Reddit who have a potential take that is over $4 Million!

Keep in mind that for the Secondary Targets within El Rubio’s compound, you’re going to need at least two players to get them, as you need to use two key cards taken from guards to simultaneously open doors. 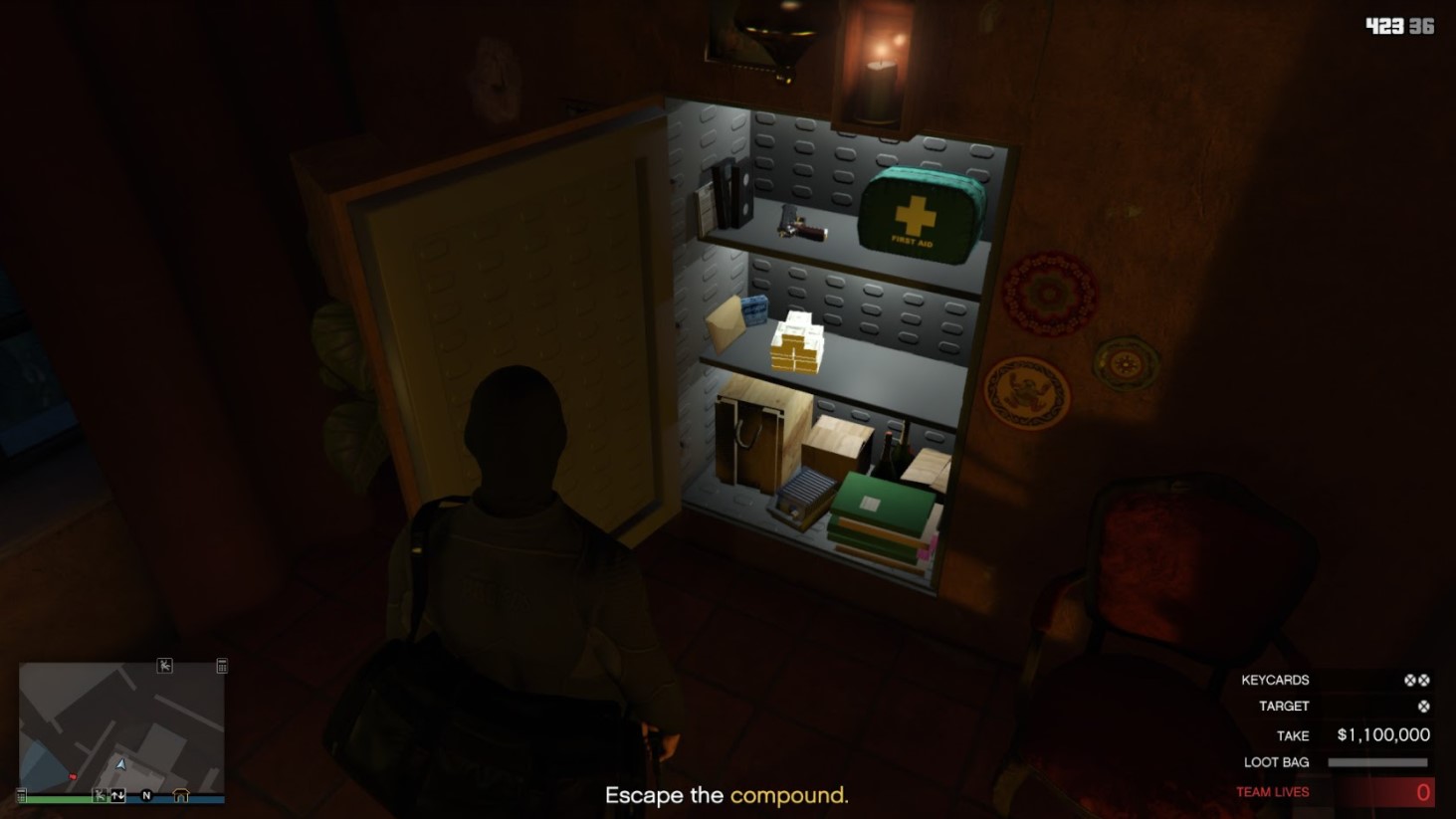 When you’re stealing the Madrazo Files, you can also take the elevator upstairs and rob El Rubio’s safe, which is just in the corner covered by pictures, to the left of his desk. You should get a decent chunk of change for cracking it, around $50-100,000. That covers every potential way to make more money in The Cayo Perico Heist. 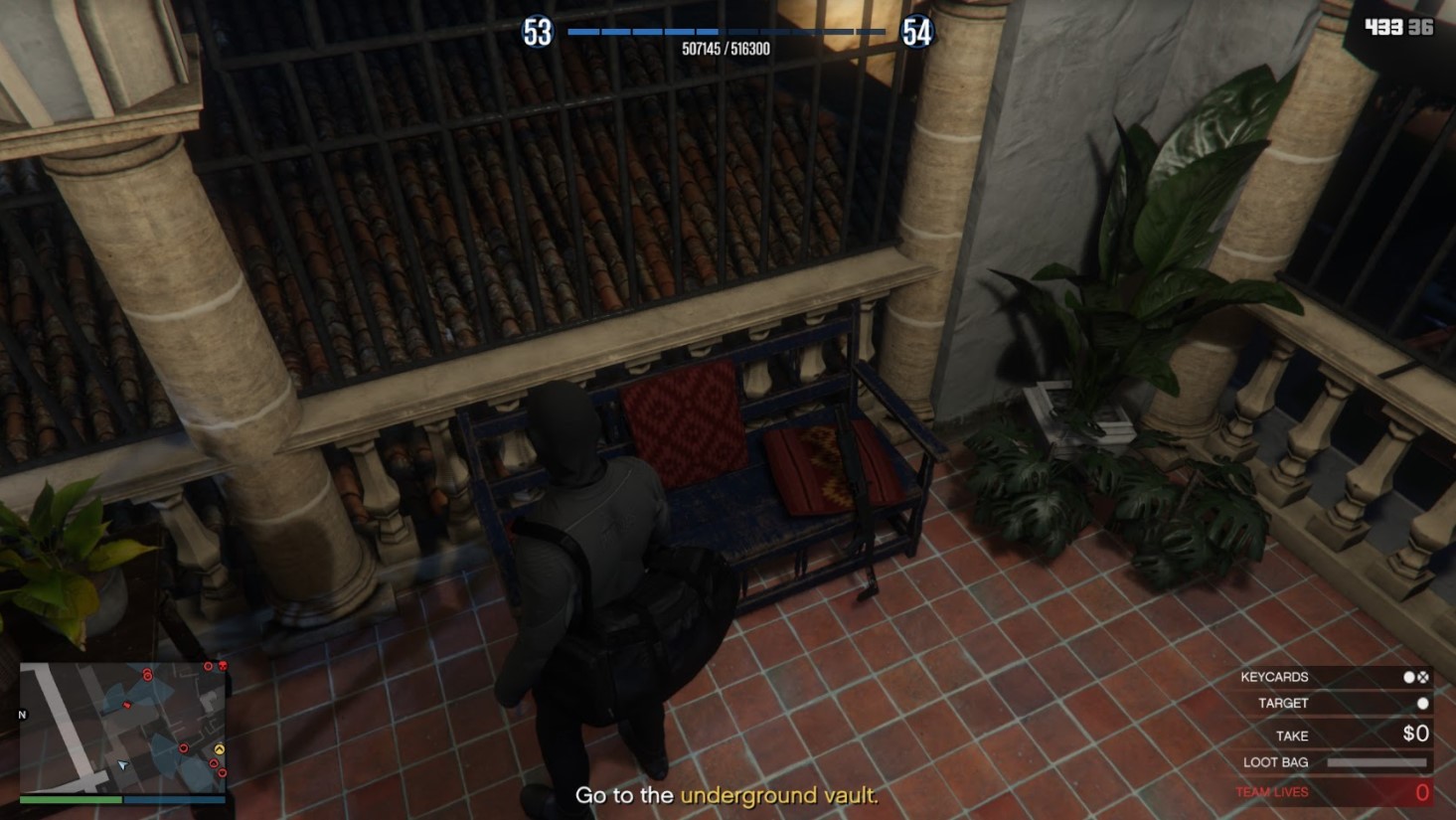 Three new weapons have been added to GTA Online as part of The Cayo Perico Heist.

The Military Rifle is available before the heist, purchased at any Ammu-Nation for $397,500.

The Combat Shotgun is found during the heist in several randomised locations within the compound. I found mine by climbing up into one of the guard towers near to the main gate. Once you find it, you can buy it at Ammu-Nation for $295,000. 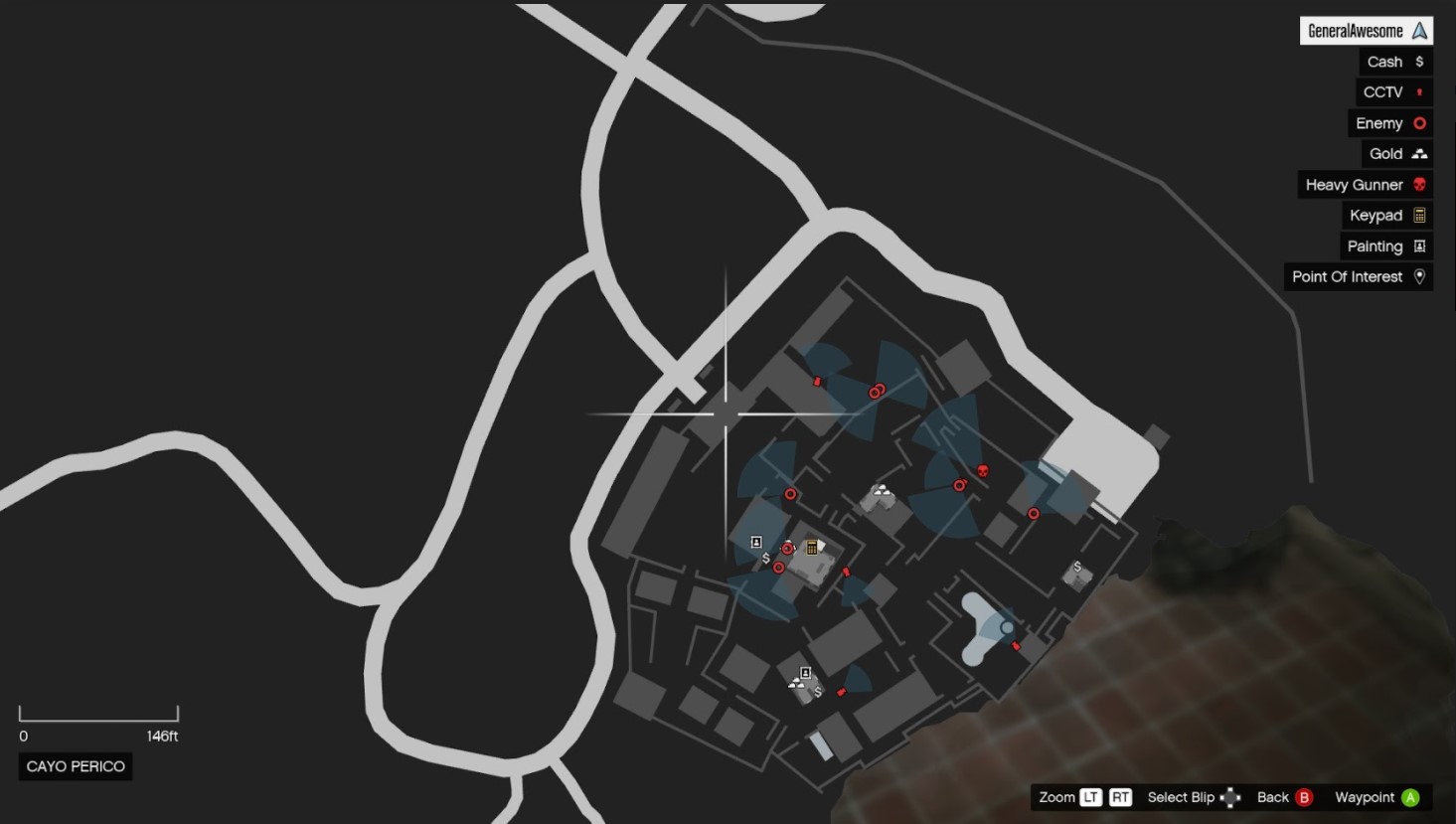 The Perico Pistol is the final unlockable weapon in The Cayo Perico Heist, and it’s locked in El Rubio’s desk in his office. The office is accessed via the elevator once you steal the Madrazo dossier.

Before you tackle The Cayo Perico Heist Finale, you need to trigger an event in Los Santos where you meet a sleeping El Rubio guard in various locations in the open world. I haven’t managed to replicate this myself, but you can check out this Reddit thread for a potential location and more details.

Once you meet this guard, they will drop a key which will let you open the desk during the finale and retrieve the Perico Pistol. Otherwise, you won’t receive the prompt. 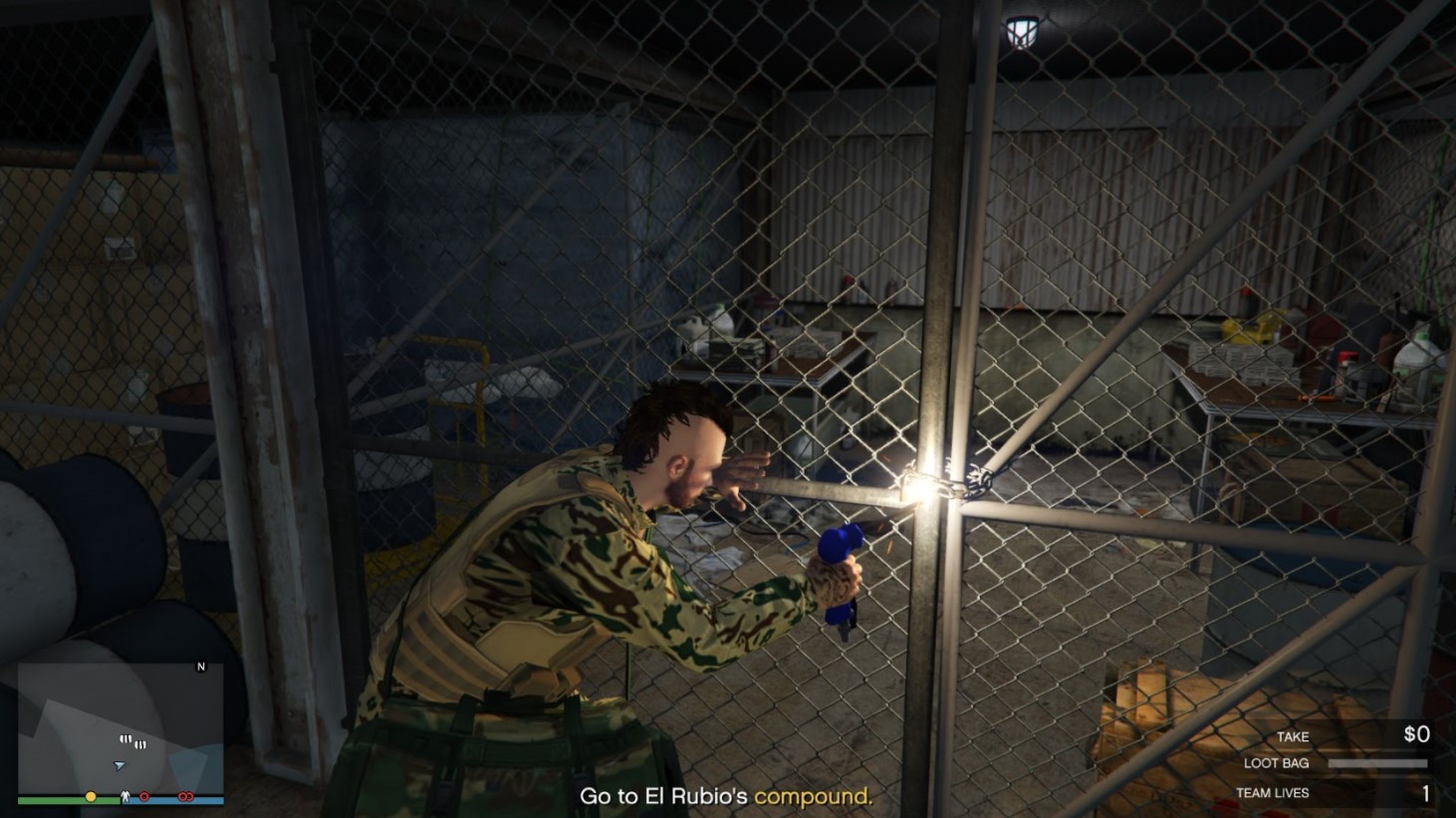 Nihon Falcom reveals The Legend of Heroes: Kuro no Kiseki, set for release in 2021

For one month, one of 2022’s best games is free for PlayStation Plus members

For one month, one of 2022’s best games is free for PlayStation Plus members