The Resident Evil series loves to impress with demos — the pre-release drama surrounding Resident Evil 7: Biohazard’s is perhaps the most famous example — and the upcoming Resident Evil Village is absolutely no different. Capcom has just dropped a taster of what’s to come later this year onto the PlayStation Store, with the developer pitching it as a visual showcase more than anything else. It certainly looks the part, but the demo also reveals just a couple of the ways the main game plans to scare you senseless. While it’ll all be over and done with inside 15 minutes, the Resident Evil Village Maiden demo looks and plays a lot sweeter than the maggot-infested kitchen utensils found inside this castle.

Playing as a nameless and faceless character (the Maiden demo is not a part of the actual game), your task is relatively simple on paper: escape your jail cell and exit the castle by any means necessary. A scrap of paper found straight away provides clues for progress, with gaps in the stone walls offering access to other areas. It won’t be too long before you are out of the dungeon by way of a lockpick, but then the bumps in the dark without an obvious source will most likely have spooked you before the heavy doors give way. 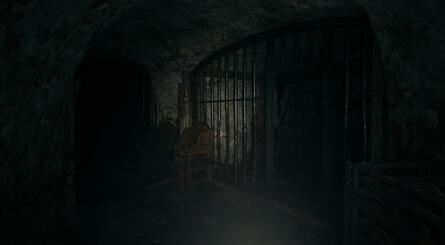 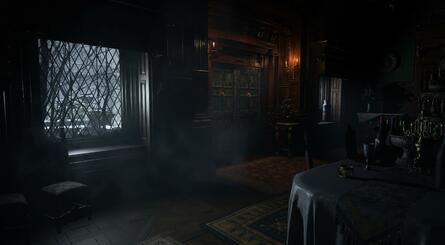 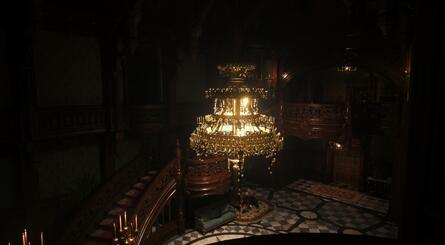 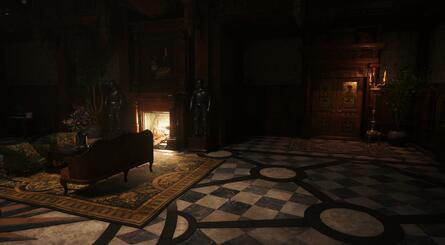 Next up is a sort of dining room that disguises its exit as a fireplace, and then you’re greeted by the magnificent entrance hall. With a fire burning and suits of armour dotted about the place, it could almost be seen as welcoming if it wasn’t for the creepy whispers of Lady Dimitrescu making themselves known. Her cronies are on the loose, so you’ll have to deploy a bit of stealth if you want to escape with your life. They do love to take a chunk out of your flesh, after all. And upon locating a glass eye and the courtyard key that should lead to victory, it’s about time to wrap up the demo. That is until the gigantic woman herself bursts through the door and stabs you with her huge Wolverine-esque metal claws! A surprising reveal, that’s for sure.

Again, you’ll have this pre-release teaser wrapped up within a quarter of an hour, but it still provides a good basis for what to expect from Resident Evil Village. The game looks visually impressive as lighting creates a tense atmosphere both in the depths of the dungeon and at ground level in the entrance hall, which combined with haunting audio creates a bit of an assault on the senses. Controls feel very similar to that of Resident Evil 7: Biohazard too, meaning seasoned players should feel right at home alongside a familiar mechanics for interacting with objects. It’ll be over in a flash, but the Resident Evil Village Maiden demo is well worth checking out if you have access to a PlayStation 5.

Have you gotten the chance to play the Resident Evil Village Maiden demo yet? Share your own thoughts and impressions in the comments below.

New Pokemon Snap will be 6.8 GB and features online functionality – My Nintendo News

New Pokemon Snap will be 6.8 GB and features online functionality – My Nintendo News

Annapurna published The Pathless out on Xbox and Switch next week

Annapurna published The Pathless out on Xbox and Switch next week