Since its announcement, Roller Champions has had a clear concept. Like Rocket League, you can boil it down to just a few words; it’s a sort-of blend of roller derby and basketball. You only need to play it for a minute to understand what it’s trying to do, and from our experience, it has the potential to score big when it finally launches.

We’ve been playing the closed beta test on PlayStation 4 — well, PS5 via backwards compatibility, technically — and it has that immediacy you want from a game like this. It’s perhaps a little more complicated than Epic’s football-with-cars juggernaut, but once you’re in the action, all becomes clear. The classic mode features two teams of three vying for control of the ball. It needs to make it around the oval-shaped arena at least once, meaning you and your teammates need to keep the ball in your possession as you lap the stage. Once you’ve made at least one round trip, the goal will open and you can score. Here’s the thing: one lap gets you one point, two laps is worth three points, and three laps or more gets you five. Here’s the other other thing: if your opponents manage to get the ball from you, your progress is nullified. The first team to reach five points wins. 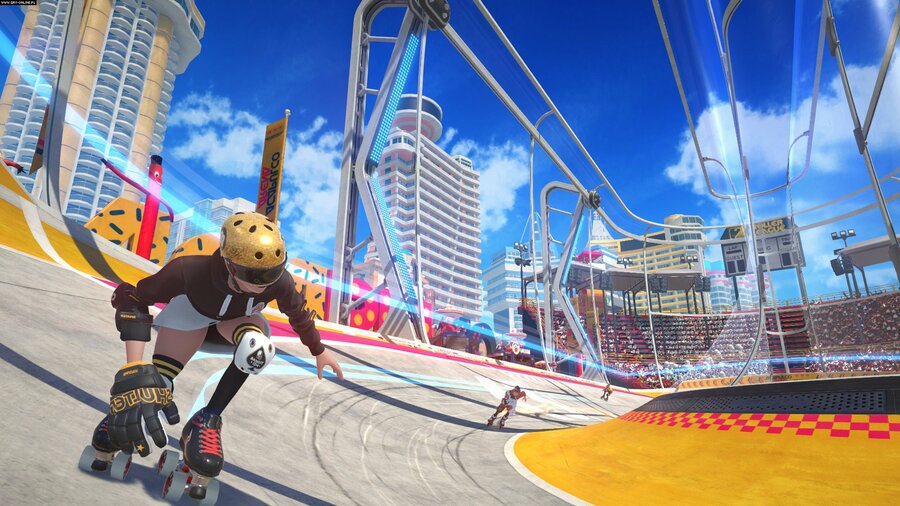 In practice, the ruleset means everyone is on the move at all times. If the opposition has the ball, you need to tackle them to put a stop to their laps. If your team has it, you’ll all be racing to get around the arena, protecting the ball and the one carrying it. There’s real energy to each match, as there’s never really a moment you couldn’t be doing something useful. As far as made-up sports go, this one’s pretty good.

Your skater controls nicely, too, with smooth animations leading to a fluid feel in the rink. One interesting wrinkle to gameplay involves momentum; the entire arena is banked, meaning it slopes up at the sides. Skating uphill will obviously slow you down, but if you pump when going downhill — that is, tuck in to lower your centre of gravity — you’ll quickly gain speed. It’s an important part of moving around in Roller Champions, allowing you to rocket along if you know what you’re doing. 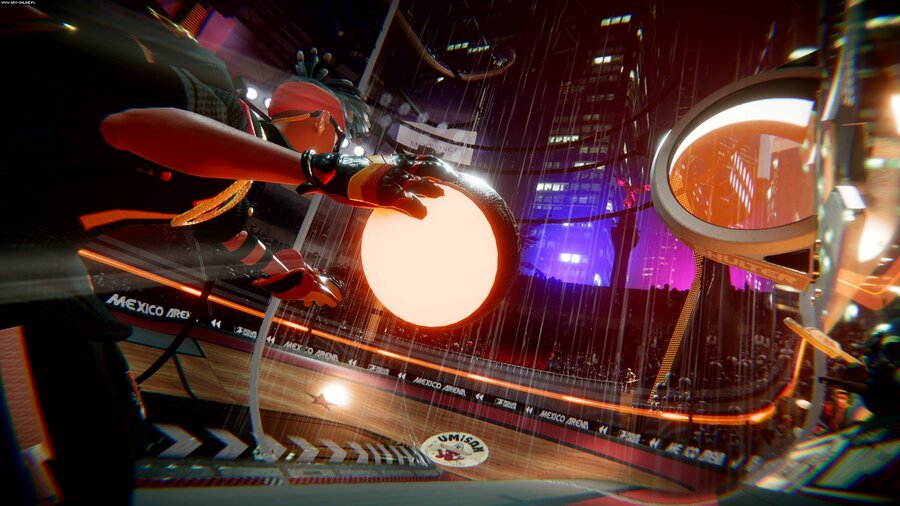 When the game is flowing as it should, with the ball being passed between teammates and opponents doing all they can to interrupt you, it feels fantastic. Scoring a goal after storming a lap or two feels great, and if you and your team coordinate to claim victory with a dominant three-lap run, even better. What’s clear is that the skill ceiling is fairly high; there are hidden mechanics, like pushing X to jump straight after a tackle to perform an uppercut, or doing mid-air tricks. It feels like a game that you can play both casually or competitively, and that’s backed up by regular and ranked matches.

In the beta, you can play standard 3v3 or limited timed events, such as 2v2. There’s also the Skatepark, which is a friendly area occupied by six players where you can practice your moves. That’s about it, but you can also customise your character with all sorts of clothes, skates, helmets, and more. The game will be a free-to-play title upon launch, so expect battle pass-esque progression (you earn fans in lieu of XP), microtransactions for cosmetic items, and an evolving lineup of ways to play. 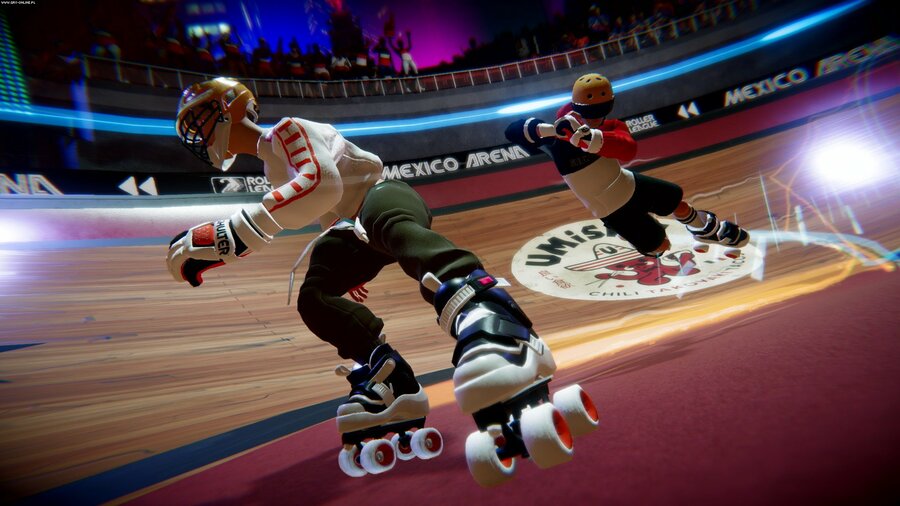 Honestly, it shows a lot of promise. It’s definitely not done — we ran into a few off-putting bugs, performance can be quite choppy, and the presentation isn’t that great right now. Still, there’s something here that really works. The gameplay itself is lots of fun, and if it can be wrapped in a cohesive style, provide a good level of feedback, and keep players engaged with interesting ways to play, it could be a winner.

Have you been playing the Roller Champions closed beta on PS4? What do you make of it so far? Tell us in the comments section below.

Game Devs From Riot To Xbox Spoke About Their Love For Zelda, And How It Influenced Them

Game Devs From Riot To Xbox Spoke About Their Love For Zelda, And How It Influenced Them

Ghost of Tsushima Creators Made Ambassadors of the Actual Island

Is Nintendo Planning To Resurrect The Pokémon Mini For Pokémon’s 25th Birthday?

Ghost of Tsushima Creators Made Ambassadors of the Actual Island

Is Nintendo Planning To Resurrect The Pokémon Mini For Pokémon’s 25th Birthday?