Ever since Harvest Moon and Story of Seasons had their big schism, the question has been: which one is the good one? You could figure out the answer the old-fashioned way, by reading reviews and making an educated analysis of general opinion, but we all know that’s not the way to make decisions. The only fair judgement that can be made is “which pre-order plush is cuter”?

It’s basically a modern-day Judgement of Paris: whichever one we choose is likely to start a war either way.

In the red corner, we have Harvest Moon: One World’s chicken plush, with its realistically creepy eyes, and the kind of rotund body that would make a sumo wrestler jealous. Just in case it tips the scales in their favour, Harvest Moon also offers a “Magnetic Musical Diorama Set“, featuring music from the game and tiny moveable characters. (In case plushes and magnetic things aren’t your jam, there’s also the other Harvest Moon: One World pre-order bundle, featuring some very cute lapel pins.) 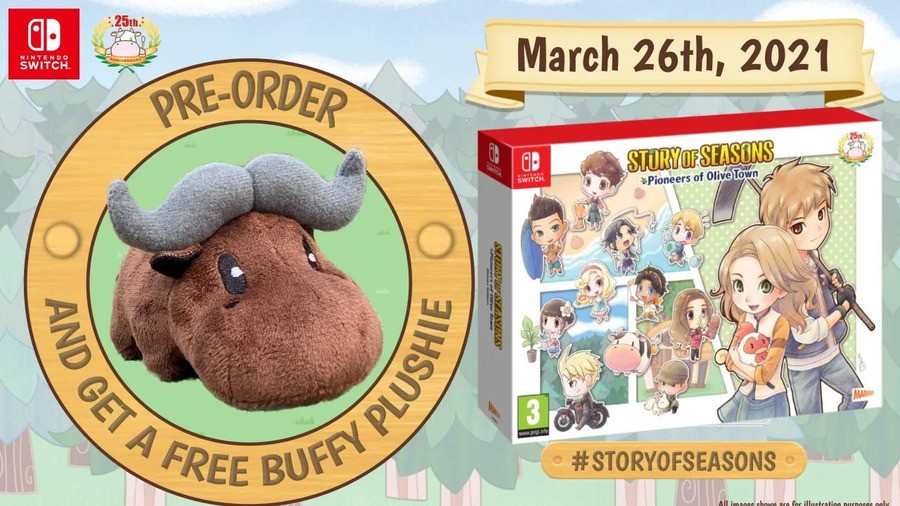 In the blue corner, Story of Seasons’ “Buffy the Buffalo”, whose snout is about the same size as the rest of them, leading to questions of physics and biology that we’re just not qualified to answer. There’s no magical musical anything over here, but XSEED’s website does mention a cloth poster of the key illustration as an extra pre-order bonus.

So, which plush is cuter? Or should we really be judging these games more critically on the only thing that truly matters: which marriage candidate is cuter? …We may need more research time.