Horror Shooter Crossbow: Bloodnight Will Have You Fighting For Survival On Switch

Launching later this month on Nintendo Switch is Crossbow: Bloodnight, a “frantic score-attack arena shooter” with some spooky horror vibes thrown in for good measure.

From Hyperstrange, the developers behind Postal: Brain Damaged and Elderborn, Crossbow: Bloodnight has you making use of an automatic crossbow to mow down waves of demonic creatures. “Hunt. Die. Hunt Again,” the game says, just in case you weren’t already creeped out enough.

It’s a single-player affair, but global leaderboards mean that you can compete against friends and randomers online should you want to compare your crossbow expertise. Here’s a feature list:

Features:
– Arcane Crossbow with various shooting modes, further empowered by siphoned spirits of your prey
– Fluid, skill-rewarding movement mechanics with dashes, jumps, and bunny hops
– Devastating special attack that takes time to recharge and is best used in strategic moments
– Instant respawn button and fast respawn after death, so you can stay immersed in the game
-Six enemy types in two variants, endlessly flooding the night-clad courtyard of the old, desecrated abbey that becomes the arena of your struggle
– Global leaderboard system so you can compete against friends and strangers. 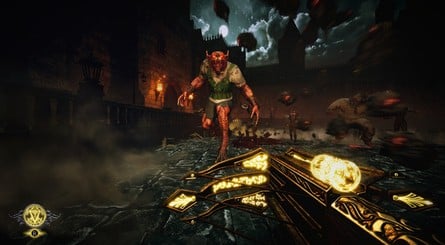 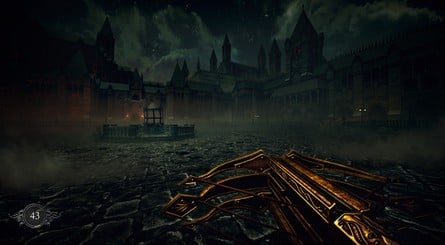 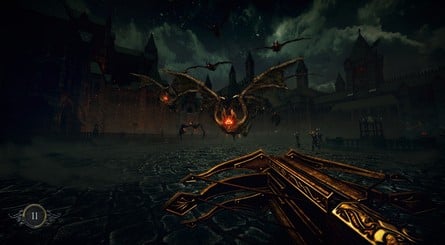 It’s launching on 29th January and will be available directly from the Switch eShop. Will you be picking it up? Let us know in the comments.

Two thirds of UK game sales were digital in 2020 • Eurogamer.net

After 11 years of online antics, Burnout Paradise's servers are shutting down • Eurogamer.net

After 11 years of online antics, Burnout Paradise's servers are shutting down • Eurogamer.net