by Robert Ramsey 13 hours ago 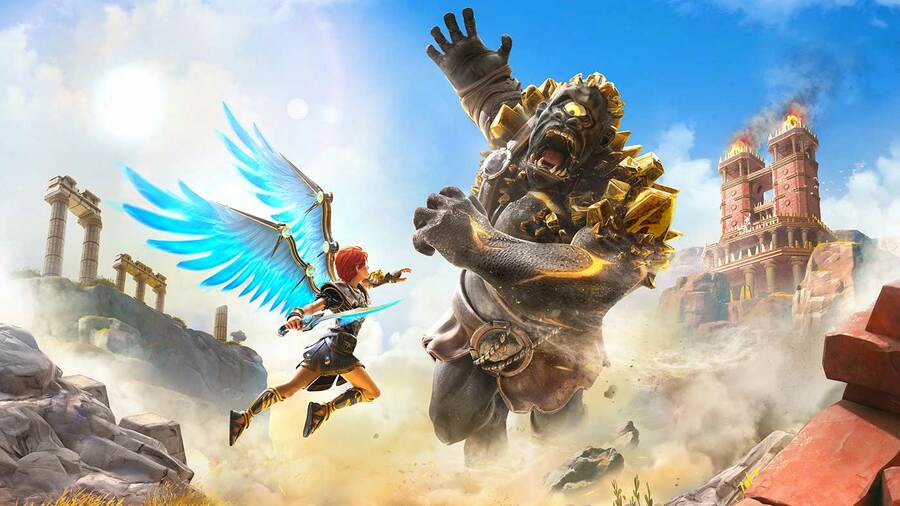 A new update for Immortals Fenyx Rising has landed on PS5 and PS4. Patch 2.0 brings support for the game’s first DLC, A New God. It also promises to fix a number of pesky issues that haven’t yet been addressed, and adds haptic feedback on PS5. Cool! It weighs in at around 2.2GB across Sony’s systems.

A New God, the aforementioned expansion, doesn’t yet have an official release date — but a leak from a couple of weeks back may have outed the schedule. According to that, A New God launches on the 21st January — and this latest update backs that up.

Fixed the issue when (REDACTED) stops fighting you in the Zeus Throne region main story fight.
[Photomode] Fixed multiple issues when having more than 50 photos.
[Photomode] Friend photos are now prioritized on the map and correctly identified.
Fixed an issue where gameplay elements disappear after fast-traveling.
Fixed an issue where the Fenyx would get stuck after fast-traveling.

Fixed an issue when the player would get stuck behind an invisible wall after looting a chest In dungeons.
Fixed an issue where customizing the “Dodge” action button would affect the “Sprint” action button and vice-versa on a controller.
Adjusted the “Look, No Hands” obtention to be only in vaults as described.
Fixed the “Galewind” bow behavior to fit its first perk description.

Guided arrow can now be seen from farther away.

Are you a fan of Immortals? Spread your wings in the comments section below.

Watch a spoooky live-action trailer for The Medium