Is it worth buying a PS Vita in 2021? Sony’s well-liked handheld may have been a commercial flop, but it continues to retain an engaged audience almost a decade after its original Japanese release. So, what is it like playing a PS Vita in 2021? Are there any upcoming PS Vita games worth paying attention to? And is the console cost-effective as it edges towards retro status? As part of this PS Vita guide, we’ll be looking at all of the aspects of playing with the portable in 2021 and beyond, including hardware availability, game prices, and more.

Despite its paltry sales, PS Vita has always been a generally well-regarded piece of hardware. Unlike other console failures, it’s generally accepted that Sony’s second handheld was the “right device released at the wrong time”. That is to say, its commercial shortcomings largely revolved around the transition to smartphone gaming and the limitations of its software library, rather than any inherent issues with the system itself.

Considering that it originally released in December 2011 in Japan, the system doesn’t feel as dated as its age may suggest. The OLED screen of the original PS Vita 1000 model continues to dazzle to some degree, although it’s obviously much less impressive in an age of Retina Displays and 4K UHD televisions. That said, the unit is still relatively comfortable to hold, generally has a premium feel to it, and boasts one of the best d-pads that Sony has ever designed.

Unlike other legacy consoles like the PlayStation 3, the PS Vita has also retained its original speed, meaning that browsing the user interface and booting games is a relatively swift and effortless experience. Recent software updates have largely focused on fixing exploits, but the PS Vita can still connect to the PlayStation Network and access the PS Store, although support for these has largely been abandoned by the platform holder and pre-installed apps such as Near no longer function. 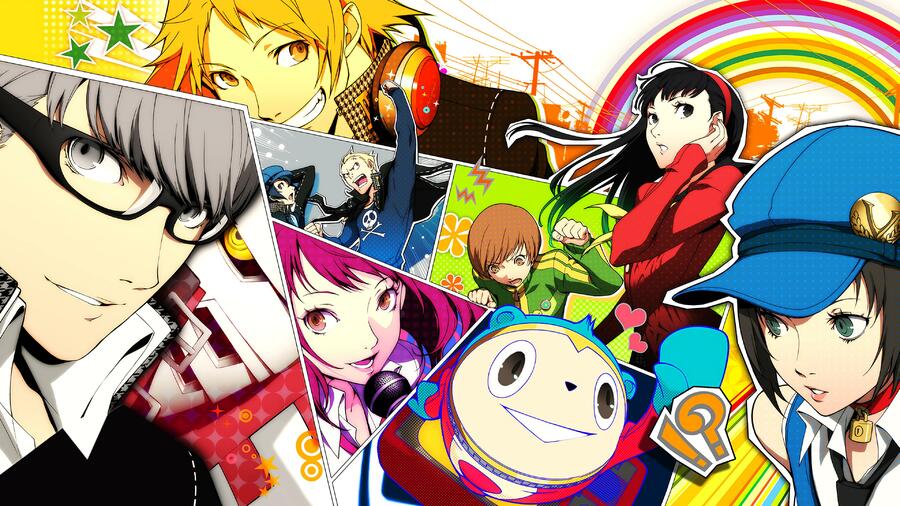 PS Vita games are generally still very enjoyable, although you have to account for the age of the hardware somewhat. Titles like Uncharted: Golden Abyss, which were technical feats at launch almost a decade ago, now look dated compared to efforts available on the Nintendo Switch. That’s to be expected for a piece of hardware this old, of course.

Nevertheless, the system is still a great place to enjoy smaller-scale indie titles, such as Rogue Legacy and Spelunky. With the unit’s crisp screen and great controls, many side-scrolling experiences are actually still best enjoyed on the PS Vita as opposed to the PS4 – although the majority have since been ported to the more contemporary Nintendo Switch.

There are some great PS2 ports which also feel at home on the PS Vita as well: Persona 4 Golden, Final Fantasy X HD, and Metal Gear Solid HD Collection all fit the format extremely well, with very few compromises. And exclusives titles like Freedom Wars, Tearaway, and Soul Sacrifice Delta are all well worth playing on the device as well. 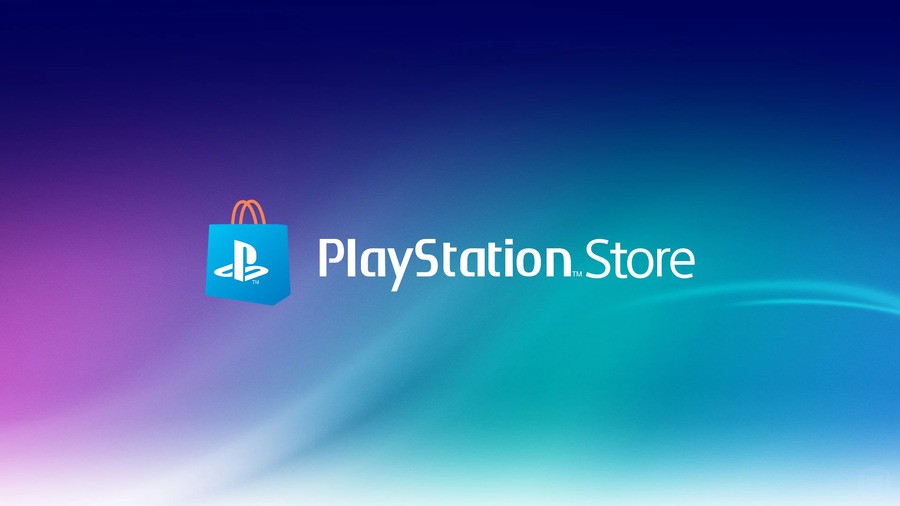 The PS Store is still open and operational on the PS Vita – in fact, since Sony overhauled its browser-based storefront prior to the release of the PS5, it’s the only way to purchase digital software for the system. Unfortunately, while the PS Store remains available, much of its functionality is in a kind of stasis: it’s not been properly updated in months nearing years.

This means that new software releases – and there are occasionally some of these even in 2021 – are no longer listed on the PS Store; you’ll need to find them manually using the search utility. Similarly, you’ll encounter many issues, such as broken images and missing logos. Most games no longer display screenshots, and navigating your Game Library can prove a huge headache.

Downloads over Wi-Fi are fairly slow, largely throttled by the hardware and transfer rates. Perhaps the biggest downside of all, however, is that Sony no longer discounts PS Vita games, meaning you’ll have to pod out full-price for digital copies of much of the console’s software library. Considering physical prices are also increasing as the hardware ages, it’s not the most cost-effective console in 2021. 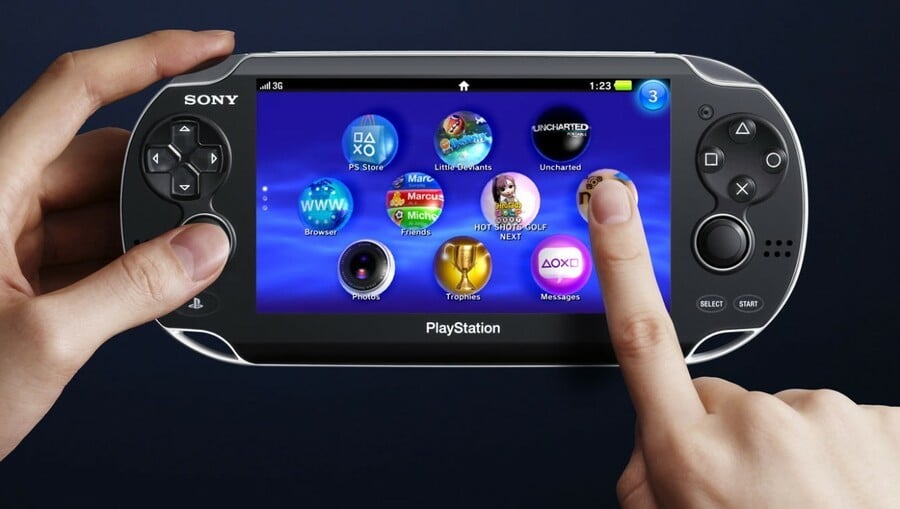 Whether or not you like PS Vita’s bold “bubbles” design, the user interface works well in 2021 and has not been ruined by a decade of firmware updates – unlike, for example, the PS3. Navigating the console is still extremely quick, there are tons of settings and toggles to tweak, and organisation is fairly decent as well.

Obviously, all of the drawbacks of the device remain in 2021, such as the way in which saves are bound to game apps. You’ll find that some features no longer operate: Near has been disabled, YouTube has been deactivated, and Twitter has not been updated in at least five years. Despite this, the web browser is still just about usable, and other apps like the Calendar still work as well.

It’s worth stressing that while Remote Play is available for PS4 consoles, you can’t use Remote Play with a PS5, which is a frustrating drawback but not majorly surprising given the age of the handheld. You’ll also find that things like Friends Lists and Messaging, while technically still functional, don’t always work exactly as intended anymore. 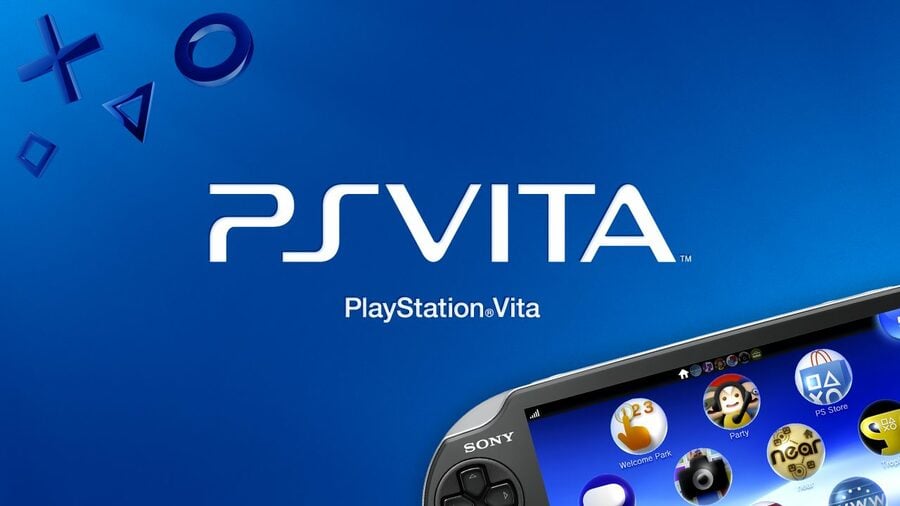 Sony technically discontinued the PS Vita in 2019, so it’s unlikely you’ll be able to source a brand new unit in 2021, although we’re sure there are a few seals systems out there. You’re more likely to be purchasing the portable second-hand from a reseller like GameStop, CEX, or eBay. As such, the price will largely revolve around the model and its condition.

As a general rule, you’ll probably pay between £80 to £120 in the UK and $100 to $150 in the United States, although most systems are bundled with additional accessories and games. You’ll want to pay attention to whether the seller includes a PS Vita Memory Card, as these are proprietary and essential. You can pick up a 4GB memory card for as low as £10/$10, but you’ll probably want more space.

Play-Asia does still stock brand new Japanese PS Vita memory cards, but these are extremely expensive, running up to around £200/$250 for the largest 64GB option, which is a big ask. We’d recommend trying to source a reasonably priced, used 32GB memory card – it should give you more than enough flexibility, with the average size of PS Vita games settling around the 1GB mark.

Unfortunately, owning a PS Vita in 2021 can be quite costly. Depending on what you want to buy, physical PS Vita game prices are increasing; used copies of Persona 4 Golden can easily fetch upwards of £40/$60 – even if it’s just the cartridge without a case being sold. The fact that PS Store prices are no longer discounted, too, means you’re going to have to pod out if you want to play the portable. 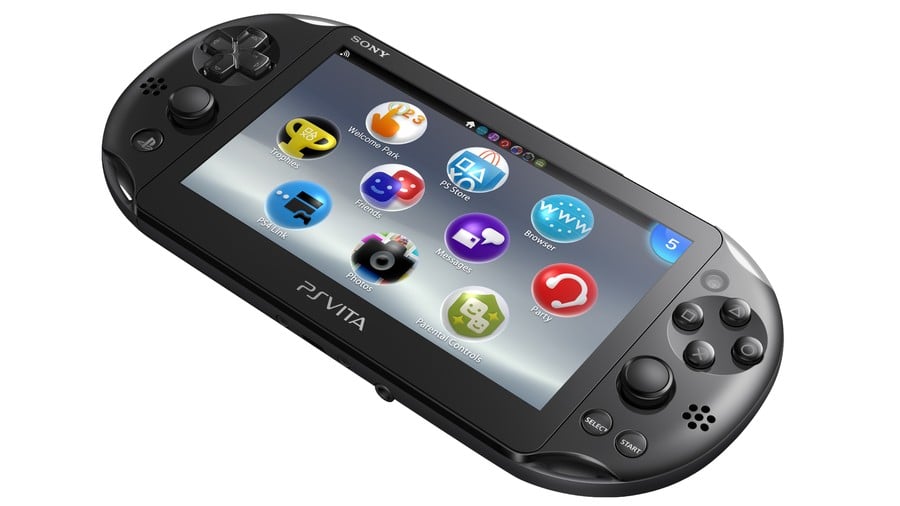 Depending on the price, we’d recommend you go for the PS Vita 1000, although the PS Vita 2000 is a perfectly adequate option as well. It’s worth noting that there was a 3G version of the PS Vita 1000 as well, but we’d recommend skipping this one unless you find it as part of a really good deal, as it’s heavier than the standard Wi-Fi model and many of the network features have been discontinued now.

PS Vita: Are There Any Upcoming Games? 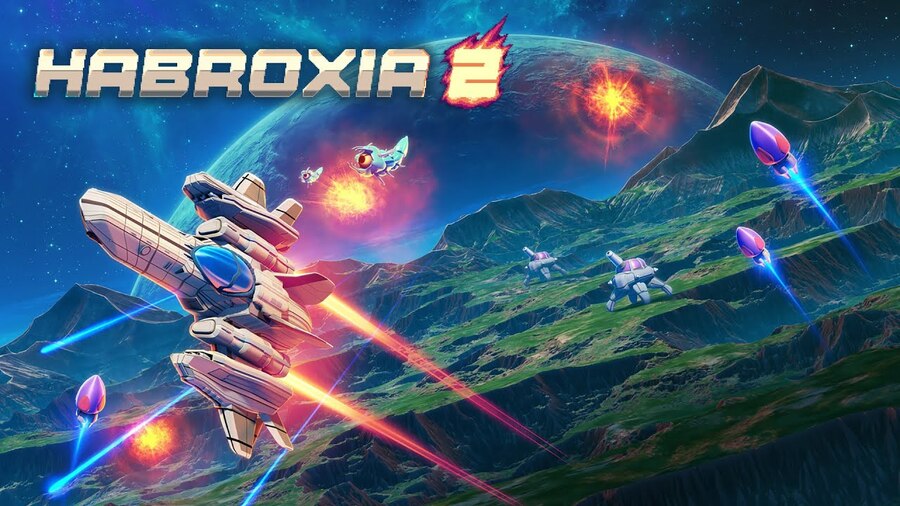 If you’re planning to buy a PS Vita in 2021, then you’ll almost certainly be looking at its back catalogue of software. Having said that, despite the system being discontinued in 2019, there are still new upcoming PS Vita games on the horizon. These are mostly being developed by smaller indie teams, although there are occasionally new titles released in Japan as well.

Many of these titles release with very little fanfare, and need to be searched for on the PS Store in order to find them. One upcoming title includes shoot-‘em-up sequel Habroxia 2, which is currently scheduled for release on 3rd February. Companies like Play-Asia also regularly publish Limited Edition, physical copies of niche PS Vita titles, making it a fun format for collectors. 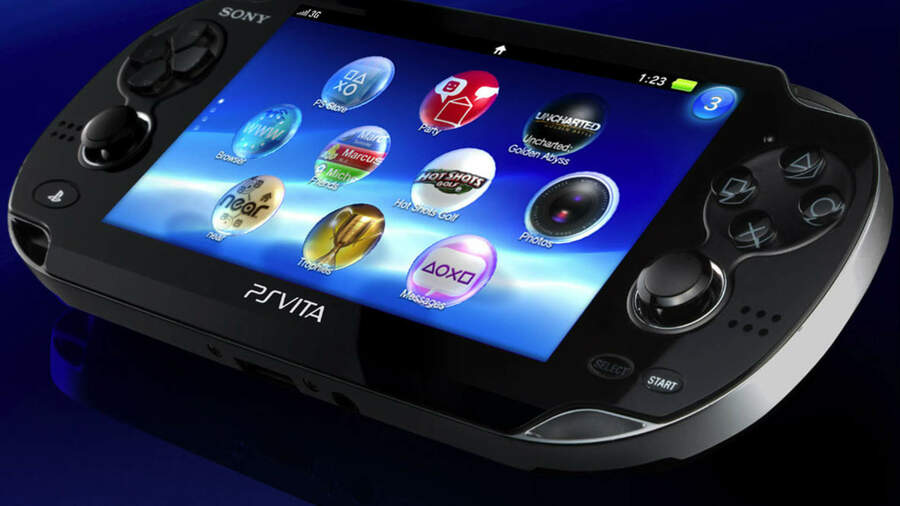 PS Vita has, against all odds, stood the test of time well. While it never assembled a particularly large catalogue of tentpole titles, it’s always excelled as a system for indie releases and smaller games. That remains true in 2021, where many games are best enjoyed on the portable when compared to its bigger brother, the PS4.

That said, there are a few things to keep in mind before buying a PS Vita in 2021: software prices are generally quite high, whether you’re buying Limited Editions for more recent releases, used copies of high-profile games, or even digital downloads from the PS Store. You also have to consider the memory card costs, which can veer on extortionate depending on how much space you want.

The device itself, though, despite a number of its features being disabled, remains elegant and enjoyable; unlike the PS3, it’s also retained its ease of use and responsiveness. History will always be unkind to the PS Vita, it deserved more – but that doesn’t mean you can’t indulge in what it has to offer, even if you’ll have to pay a little through the nose for the privilege.