Forge your destiny in the newest Paladins update featuring an all-new Battle Pass inspired by the purifying flames of the Pyre, an extra-worldly plane of existence of the Realm. The Pyre is home to powerful forces of light and radiant forges where mighty weaponry is crafted to combat the forces of chaos. Join its holy denizens to help keep the powers of the Abyss at bay and ensure the glory of the Pyre’s Light prevails!

This latest update features four angelic skins that reimagine fan-favorite champions as entities of the Pyre. Eternal Fervor Jenos fights to preserve the beauty of the Realm while Eternal Retribution Koga takes care of dirty work others would rather wash their hands clean of. Eternal Guardian Khan delivers absolution to worthy adversaries in service of Eternal Conflict Lian, an angel of war that demands dedication and valor from her followers. The Eternal Pyre Battle Pass features 120 levels of rewards to unlock, including a Dark version of each of these Pyre skins, allowing you to play as a fallen aspect of each! This Battle Pass starts Paladins off with a bang in 2021 and includes a slew of bug fixes and balance changes on top of a plethora of all-new sprays, emotes, titles, and more! This will be our final patch before the new season debuts in February, so players have one last chance to climb through ranked matches in pursuit of season-exclusive rewards. This is only the beginning for what is sure to be a year packed with even more content and surprises for new and long-time players!

We are also happy to announce the Eternal Pyre patch will premiere on Xbox One, Xbox Series X, and Xbox Series S simultaneously – so players will have access to all this glorious content no matter how they choose to play! Find out more information and play for free today. 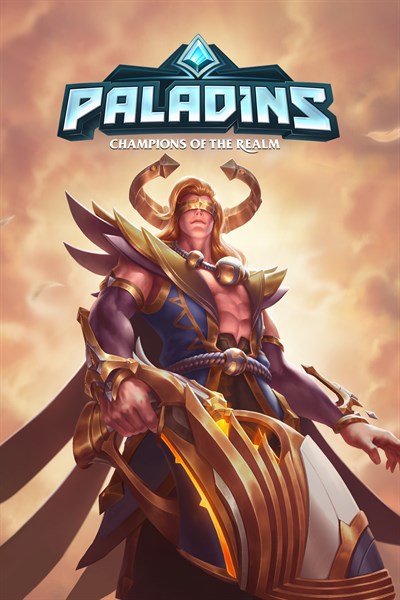 Enter a fantasy world of ancient technology in Paladins, a team-based shooter with strategy elements and deep character customization. Through a unique collectible card system, players can amplify and augment a character’s core set of abilities to play exactly how they want to play.

Five games I wish everyone played in 2020

Fortnite: How to signal the coral buddies

Fortnite: How to signal the coral buddies

Sega releases a ‘Blade of Vengeance’ trailer and screenshots for Like a Dragon: Ishin!

In Case You Missed It: The Spawnies, Presented by Spawn On Me

Sega releases a ‘Blade of Vengeance’ trailer and screenshots for Like a Dragon: Ishin!

In Case You Missed It: The Spawnies, Presented by Spawn On Me