Ryu ga Gotoku Studio and Sega have been killing it lately in terms of making the Yakuza series accessible, and you’ll see no Objection from me. Every game in the series is now available in some format on a modern system (not counting Switch) and PC. This is especially good for the Dragon Engine action games, Yakuza 6, Kiwami 2, and now: Judgment.

This was a massively ambitious engine designed to add an extra layer of realism to a series where that was always at the forefront. It, unfortunately, was not too optimized when playing these games on PS4, the platform they all originally launched on. When Sega announced that Judgment, a detective-themed spin-off of the main Yakuza series, was getting a remaster on modern systems with enhanced performance, I was pretty excited.

Judgment was already a gorgeous game, but one in desperate need of better hardware. The framerate seemed to mainly target 30 fps, but even on PS4 Pro combat could feel a bit stilted. Obviously, the upgrade to next-gen hardware will fix this, but there’s a big caveat in the visual presentation. As you may have seen already, the sharp usage of more saturated colors and art direction has been replaced with a more realistic lighting engine. More on that later.

Our own Kazuma Hashimoto reviewed this game for us in its original PS4 incarnation. When I originally approached this new PS5 release, I had planned to give it a full review but found that my thoughts more or less lined up exactly with his overall assessment. You can, and absolutely should, read his review here. I’ll be only slightly touching on systems and mechanics and mainly focusing on how this version differs from the original.

The biggest draw of the remaster, to many people, including me, is the performance bump to 60 fps. Whether it’s roaming the streets of Kamurocho to take in the sights or getting into brawls with punks, this was a solid 60 fps the entire time. I haven’t played Judgment in a while, so initially, I didn’t notice too much of an improvement in fidelity. I still own the original PS4 game, so to do my due diligence as someone who plays games and talks about them on the internet, I felt it was necessary to boot it up to see how different it felt. 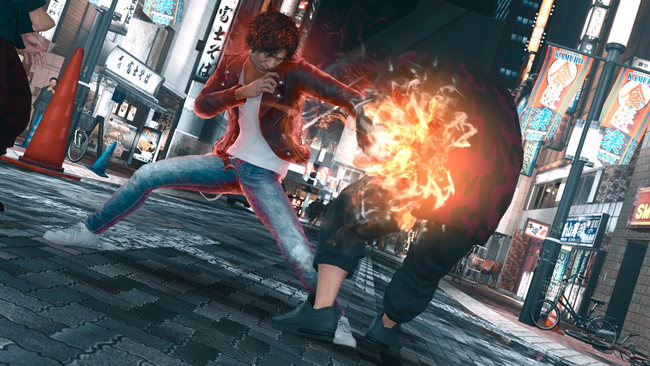 It didn’t feel great, I’ll tell you what. The camera on PS4 feels choppy as you rotate it around Yagami, and this clunkiness, coming from the buttery smooth framerate of the PS5 version, is far more noticeable. Don’t misunderstand though, this isn’t just an acknowledgment that a higher framerate looks and feels better. Even for a game targeting 30 fps, Judgment’s movement always felt a bit off.

That is no longer an issue with Judgment’s remaster, the game feels wonderful in every aspect. Combat itself, while offering nothing new to differentiate it, feels entirely different thanks to the locked 60 fps. There’s a new fast-paced speed to combat that wasn’t present before, and the added responsiveness of the controls helps make you feel more engaged with battles. Fights themselves still occasionally grew stale for me in the second half of the game, but Judgment finally has the performance it’s always deserved.

I think it’s important to mention that the game has remained functionally untouched, for better and worse. Everything that worked in Judgment; The thrilling crime scene investigation, thrilling evidence gathering, suspect interrogation, fun side cases? All great. But everything that didn’t; tedious trailing missions, repetitive chase sequences, lock picking, key management? The game still fumbles here, to various extents. The missteps aren’t that frequent, but they tend to take me out of the experience hard when they do pop up. If anything, that’s just a compliment at how high this game’s peaks are.

The paralegal drama is compelling from start to finish. The pacing of the story is, in my opinion, the best of any RGG game. Most of their titles tend to have a couple of points where things come to a screeching halt to pad the length. Judgment makes its diversions during these segments feel important, significantly adding to the world and characters. At a certain point, I simply wanted to stop bothering with side content because I was so invested with where the main narrative was going. 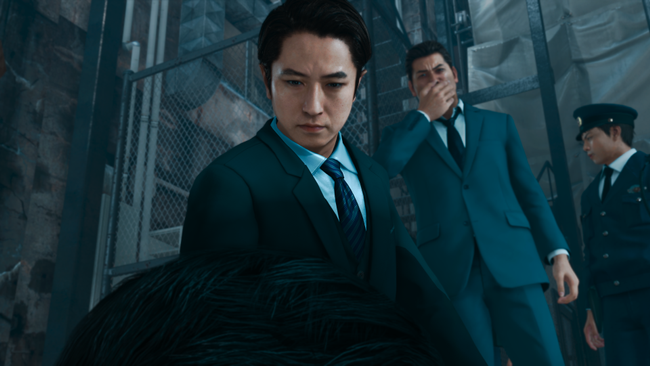 The next big improvement toted by Sega is the resolution bump. I’m finding it worth discussing because I had to lug my monolithic PlayStation 5 down the stairs just to try this game out on my living room’s 4K TV. As someone who does not do much 4K gaming (my upstairs gaming TV is about 10 years old at this point, embarrassing I know), I don’t have too much to say besides “wow, the 3D models in this game look crisp”. What I wish had gotten more of an increase is texture quality. A big bump in available rendering power just tends to make lower quality textures stick out like a sore thumb turn bypass.

Okay, I’ll talk about the other part of the visuals now. Judgment’s remaster forgoes some of the original, saturated stylistic color scheme with a more realistic one. Straight up? I don’t like the new lighting as much as the original. However, that doesn’t make the new lighting bad. It’s definitely a preference. Some people may like the more realistic colors of this version, and they eventually grew on me just fine.

Judgment on PS5 is in no way a bad-looking game, it even looks gorgeous. The game was perhaps never intended to look like this, but it fits into this new style all the same. Kamurocho’s nightlife is still a treat to the eyes, and I would frequently find myself stopping to just people-watch. The particle effects in action look more stunning than ever before, accenting slow-motion heat attacks perfectly.

The one thing I wish could have been in the PS5 version was added functionality with the Dualsense controller. It does just about everything the Dualshock 4 did, so it would have been nice to feel more from the vibrations than just a slight shake whenever Yagami awkwardly bumps into parts of the environment. If you’ve played a Dragon Engine game, you know that’s frequent. This doesn’t bother me too much, and I’m not sure what they even could have done with the adaptive triggers. Vibrations though? I feel like there could have been more effort put in to make this feel like a next-gen experience. 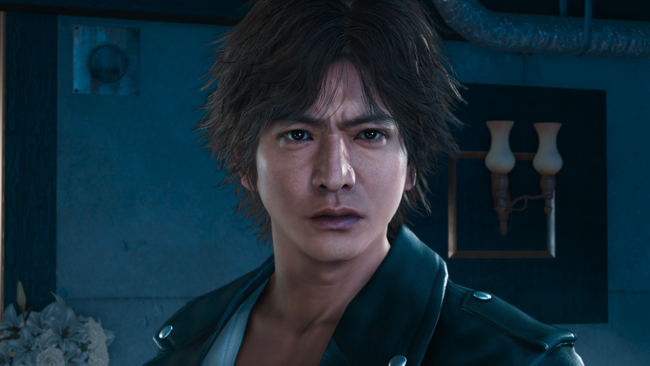 While I am disappointed that strong art direction was given up for realism, it’s hard to deny that this game is still wonderful. Yagami’s story stands out for the series and is worth experiencing even if you have never played a Yakuza game before. If you’ve already played Judgment, that makes this a bit harder of a sell. There’s really nothing new to this game outside of the framerate improvements and the inclusion of all the previous version’s DLC.

This is Judgment, on PS5. It’s a great game, featuring one of the best-written stories in the entire Yakuza series. Thanks to the improvements in performance, it’s almost impossible to recommend the original, despite a change in lighting. It’s a noticeable difference, staggeringly so. The game feels better to play, and if you have the option between the two I’d say go PS5.

However, it’s sad that this can’t be a glowing recommendation. The game does lose something, even if only slightly, from lacking that original saturated look. It gave it a stunning visual identity that made it stand out from the Yakuza games. I think it’s a gross exaggeration to call the new look outright poor, but it now just falls in line with the rest of the series I suppose. Dragon Engine games look good though, so I can take solace in that. There is no ideal version of this game to play, but this is still probably the best by default.