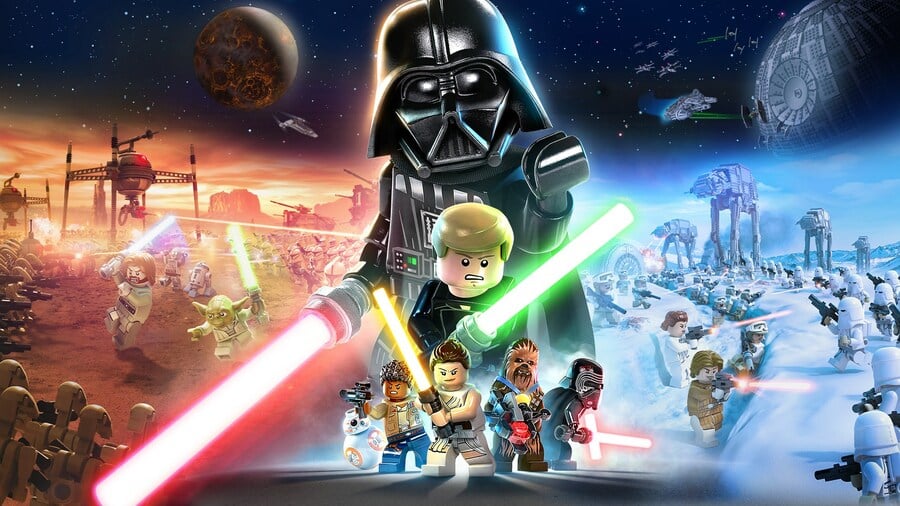 We’re very excited for the release of Lego Star Wars: The Skywalker Saga later this spring, and now the team at TT Games has conducted an interview with Official PlayStation Magazine about its progress.

Lead hub designer Dawn McDiarmid told the outlet that the extra development time since the game was delayed last year has allowed the team to “polish and refine the systems and features that needed that extra little bit of love”.

“Our amazing team has been pulling out all the stops for this one, even while the whole studio adjusted to working from home.”

McDiarmid went on to discuss some of the new features being added to the game, such as ADS (aiming down sight) shooting, a more in-depth quest system and random space encounters, as well as confirming that the game will feature 300 playable characters and 23 planets (with 28 unique locations to visit).

“There were around 300 playable characters made for this game but altogether about 800 unique characters were made. Our character team did a truly amazing job.”

“There are 23 planets/moons with 28 unique locations that the player can visit, each full of quests, challenges, items, and characters to find. If you have a favourite Star Wars location it’s pretty likely you can visit it in-game.”

Looking forward to the release of Lego Star Wars: The Skywalker Saga? Let us know in the comments.