The first Mass Effect is utterly jam-packed with story choices with a great variety of resultant outcomes – but nowhere else in the game is as filled with important decisions as Virmire.

Virmire is one of the last planets you’ll unlock as part of the core story progression of Mass Effect – and it’s where much of Saren’s plan becomes clear, where Shepard has a verbal showdown with the real villain of the piece, and where things seriously change forever for several members of Shepard’s squad.

On this page, we’ll run down the Virmire mission in brief, explaining the various choices you’ll be making and what they’ll mean for you in the long run. If you want more help like this, we’ve got a full Choices and Consequences guide for Mass Effect 1, 2, and 3, covering every major decision with a repercussion across all three games. Meanwhile, on this page, in-depth:

Mass Effect Virmire Mission: what to know before starting

While Virmire isn’t quite the point of no return for Mass Effect as a whole, it is probably the single most significant story mission in the game. Shepard and team get word of a Salarian team that has a lead on Saren – and so you’ll be sent in to investigate.

Virmire will unlock after you complete two of the three core story missions of Mass Effect – that’s Therum, Noveria, and Feros. We recommend that regardless of which two you complete first, you should complete all three main story planets before heading to Virmire – so despite the council’s urgings and fears about the Salarian team being in danger, go ahead and do that third planet first.

As an aside, if by the point Virmire unlocks you haven’t played Therum, you should absolutely do this first, as it allows you to get Liara, another squad member. Honestly, we’d also recommend completing the entirely optional Asteroid X57 mission, too.

There are two reasons that we recommend completing the three main planets before going to Virmire – the first is that the story flows better if Virmire comes last. The second reason is more important, however – there are major decisions to be made on Virmire, and you’ll want to be as high a level as possible with as much access to Paragon or Renegade choices as possible, which you can get by pumping skill points into the Charm or Intimidate talents on level up.

What are we talking about? Well, if you play your cards wrong on Virmire, you could be leaving the planet and returning to Normandy with several less squad members than you arrived with – which will carry major repercussions in Mass Effect 2 and 3.

When you first land on Virmire, you’ll simply have to use the Mako to work through a bunch of gatehouses and combat encounters. Eventually you’ll reach the Salarian squad and the camp – and that’s where the major decisions begin. Read on… 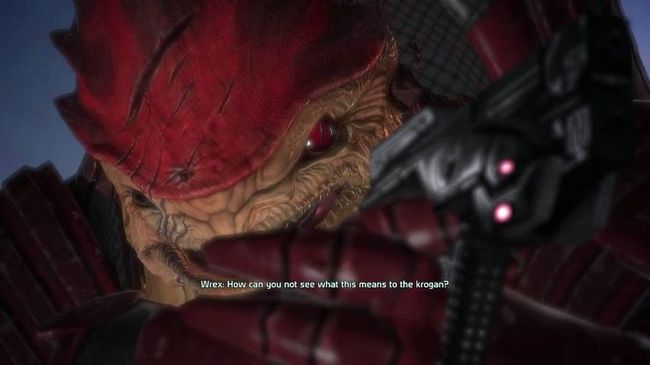 Virmire: Wrex and the Genophage

Once you arrive at the camp, you’ll meet the Salarian squad and their boss Captain Kirrahe. The camp has everything you need including a temporary shop and a place to replenish grenades and medi-gel. However, there’s a more pressing issue once you arrive: Wrex.

Obviously, this only occurs if Wrex is in your party, as bringing him into your team early in the game on the Citadel is entirely optional. But the majority of you will surely have him – and Wrex is mad.

Be warned: This scenario here can end in one of two ways – with Wrex alive, and understanding, or with Wrex dead, executed for being a liability. Exactly how you get there can vary greatly – so here’s what you need to know:

To Keep Wrex Alive: Charm or Intimidate Wrex using Blue or Red dialogue options to persuade him that this is the right course of action. You’ll need eight points in either Charm or Intimidate for this to work, and will get Paragon or Renegade points in return. If you’ve retrieved Wrex’s Family Armor, he’ll trust Shepard more, and they’ll be able to talk him down without using Charm or Intimidate options. The Family Armor side quest can be obtained from Wrex himself aboard the Normandy by talking to him often until he offers it up. If you’re got a shallow pool of squad members, Wrex simply will not leave the party. This can only happen in very specific circumstances, where your only four party members will be Ashley, Kaidan, Tali and Wrex – by refusing to let Garrus join you or never meeting him earlier in the game, and going to Virmire before Therum, where Liara is recruited.  To Kill Wrex: Shepcard can shoot Wrex themself; this will earn Renegade points, but your response to Kaidan afterwards can either earn Paragon or Renegade points, depending on Shepard’s tone. Shepard can warn Ashley to “be ready” before talking to Wrex, and then signal her to shoot him during the showdown with Wrex. You’ll get Renegade points for this. Ashley can shoot Wrex of her own accord if Shepard fails to persuade Wrex and appears to be in danger. Shepard can react, and their reaction will earn Paragon or Renegade points.

Wrex’s status not only of course determines his availability as a squad member for the rest of ME1, but it has major implications for the rest of the series. If alive, Wrex will appear in both the second and third Mass Effect games – and in Mass Effect 3 in particular, a Paragon Shepard will have an easier time achieving the best outcome in a major storyline if he is alive – while Renegade Shepard arguably benefits more if he is dead. 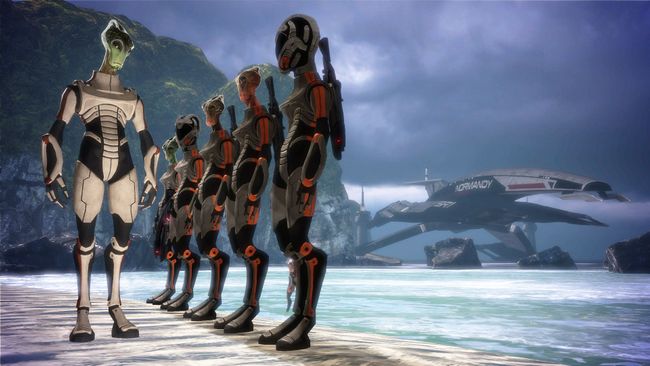 Virmire: Who to Send with Kirrahe and Who to Take with Shepard

Once Wrex is dealt with one way or the other, you’ll then have a strong chat with the Salarian Captain Kirrahe. Kirrahe wants a favor – he wants to borrow one of your squad mates for his assault on Saren’s base, while you’ll attack from another angle.

Ashley and Kaidan both volunteer themselves to go with the Salarians. You have to choose between the two of them. You can then take the other Alliance soldier with you on your assault.

Here’s the deal: there is no immediate consequence to who you choose to send with Kirrahe, other than that they will be unavailable to you for your squad for the rest of the Virmire mission.

Keep in mind that Ashley has the skill set of the Soldier Class, while Kaidan more closely resembles the Sentinel class. Weigh up their skill sets, what your Shepard’s choice of class is, and which other squadmate you plan to take with you, and take the squadmate most useful to you with Shepard. Send the other with Kirrahe.

Rana Thanoptis: should you let the scientist go or kill her?

As you work your way through Saren’s base, you’ll come across an Asari Scientist, Rana Thanoptis. You can charm or intimidate her in order to get a big exposition drop and a wealth of information about Saren’s plans – and then you’re faced with a choice of if you’ll let her go or kill her.

This has minor consequences in later games. If she is alive, you will encounter her again in Mass Effect 2. If she survives that encounter, you will be able to learn of her ultimate fate in a minor email in Mass Effect 3. She ends up doing more harm than good – so if you want to do the best for the galaxy, killing her might be ideal – though you’ll miss out on a little content and some call-backs to Virmire in the sequels. 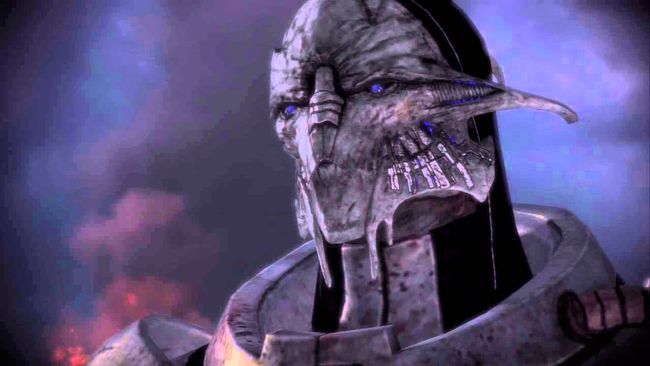 The Big Virmire Choice: Ashley or Kaidan and the Bomb

As the mission to assault Saren’s base on Virmire continues, you’ll make the decision to plant a bomb in the base to destroy it. At this point after several scenes you’ll be forced to create a squad without Ashley or Kaidan in it, as they have story reasons to be elsewhere.

The situation will then quickly evolve. There’ll be more combat encounters, and then you’ll be faced with a dilemma: your two human squadmates are separated – and both are in trouble. The bomb is also ticking away. You must choose to save either Ashley or Kaidan. The other will die.

Who you choose to save is entirely up to you: there is no best choice here. Ashley and Kaidan can be treated as interchangeable.

There are some factors you may wish to consider for the Virmire choice of who to save, however, starting with how it impacts the Mass Effect romance options: