Following a formal unveiling in early March, Mistwalker has detailed the story and characters of upcoming ‘Diorama Adventure RPG’ Fantasian in a recent issue of Weekly Famitsu.

Famitsu has also published a new article today with more behind-the-scenes looks at the development of Fantasian, which includes comments from various diorama craftsmen and a statement from longtime Final Fantasy composer Nobuo Uematsu, who is providing the full soundtrack for Fantasian.

Our translation of the Famitsu story and character details can be found below, alongside Uematsu’s comment about working on Fantasian. You can check out many new screenshots, artwork from character artist Takatoshi Goto & concept artist Manabu Kusunoki, and more in the bottom galleries. Fantasian is set to release in 2021 for Apple Arcade.

In order to find his missing father, the protagonist, Leo, explores the multidimensional world by making use of various “things” he has discovered around the world. At the beginning of the story, he awakens with no memories from a massive explosion in a strange world that he caused in another world ruled by machines.

He is reunited with a woman named Kina, who is the only person he remembers.

Leo and Kina set out on a journey to find their own destiny and reclaim Leo’s memories. The keywords in this multidimensional world is “chaos and order,” and those who are called “evil gods” are active in this world. The adventure unfolds as the player travels to never-before-seen dimensions, unraveling the mysteries of this world’s structure. 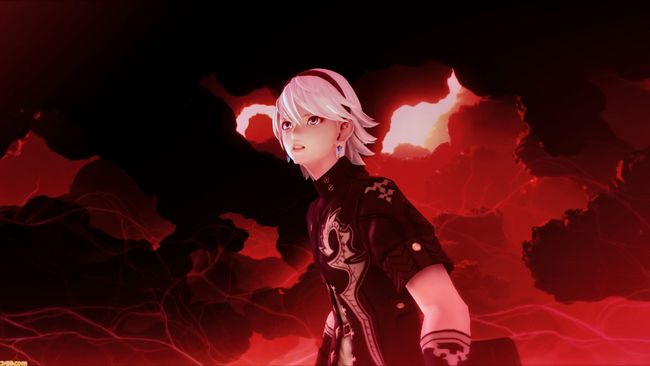 The protagonist of this title. The story begins the moment he wakes up in an unknown machine world. Leo lost his memory due to a magical explosion triggered by himself. He relies on vague memories of scenery and a visage of a girl he knows in order to warp towards a remote town called En. He reunites with Kina there, and the two go on a journey to obtain his own memory and fate. That will eventually lead to revelations on the world’s structure and the so-called Evil Gods that control it. 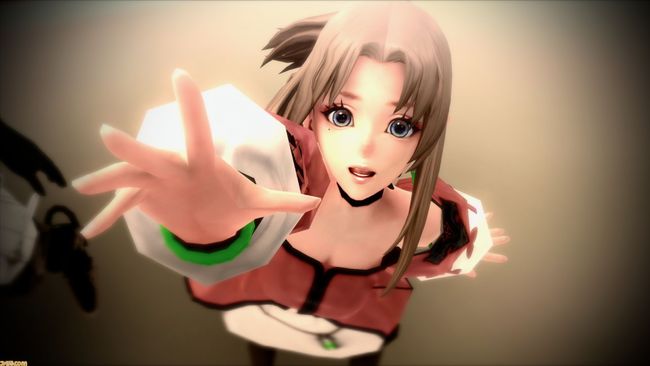 A girl raised by the fortuneteller Owen inside a forest located to the west of En. Born with a strong magical power, she is questioning her fate and even humanity as well. She is reunited with Leo, who warped to En. 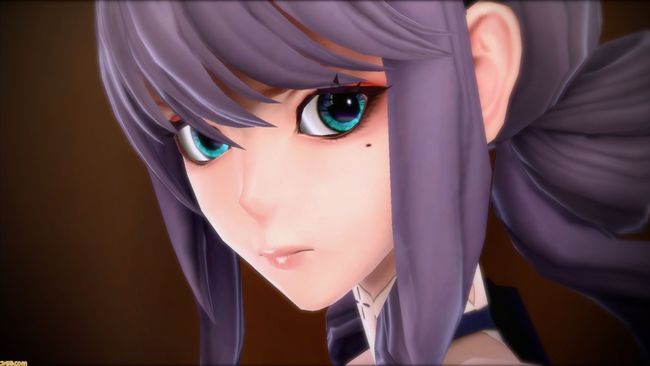 Next-in-line to the seat of queen and respected by the public. Her mother, the previous queen, died when she was very young, so she grew up into a girl who shuts her heart out. On the other side, she is very proud that she is an heir to the throne. It seems like Leo may have met her in a masquerade ball held in the Royal Palace in the past. 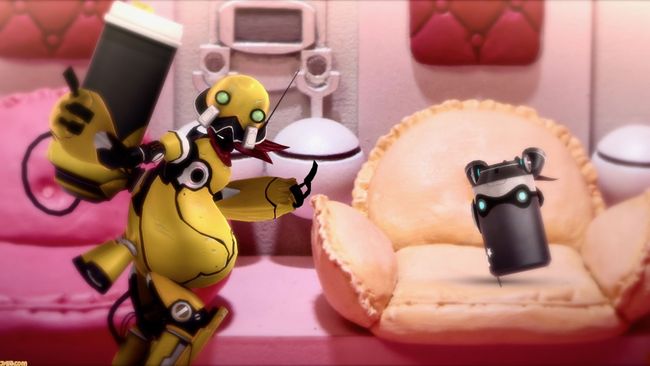 Robots that were modified by Leo in the prologue, they gained their own minds and feelings. The odd couple will eventually go on a certain mission with their friends at a mysterious place in the machine world. 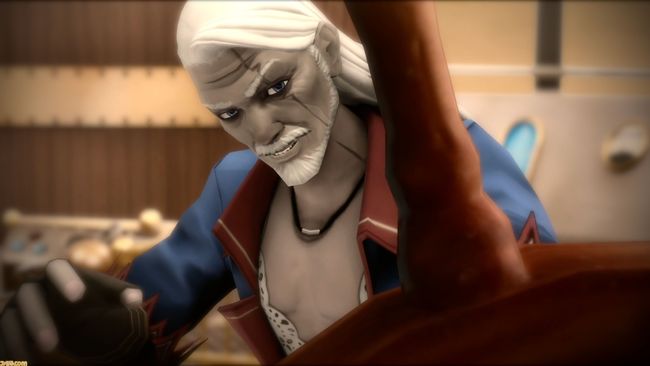 With a helpful personality and physical strength, he became the captain of Uzra, a famous luxury liner in the Queendom of Vibra. He used to go on a journey with Leo’s father Bernard. So when he meets Leo, he gets reminded of Bernard. 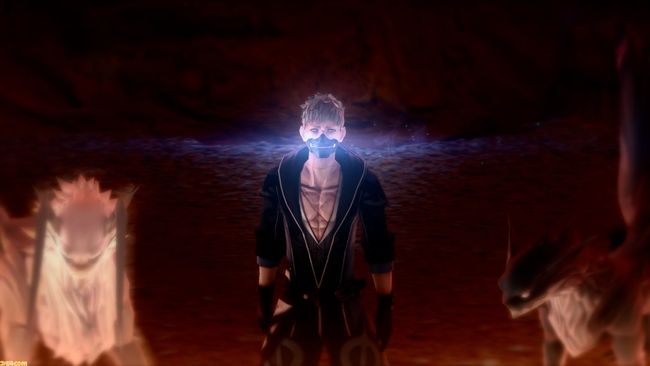 A mysterious man who controls a “Spirit Beast”. He used to be an intelligence operative for the Falcon Empire, which was bordering the Queendom of Vibra. He meets Leo in the middle of his journey of revenge. 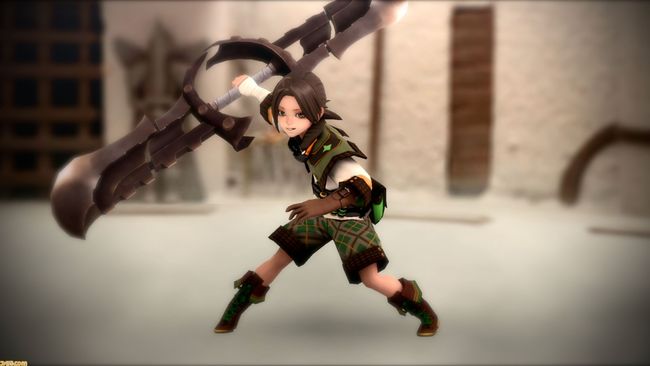 A boy who excels in inventing things. He lives with his foster parent Dagaroon in an outer town located far away from the bustling streets of the Royal Capital of Vibra. 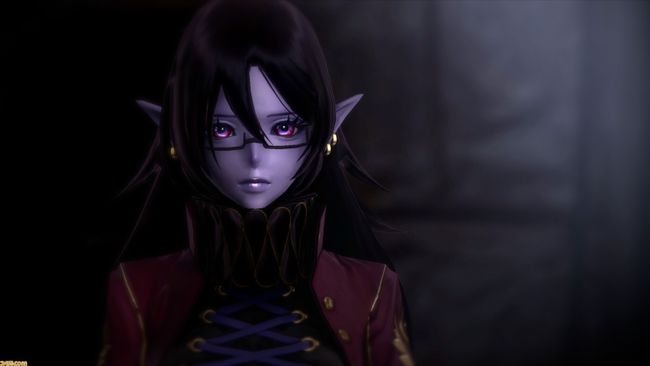 The sole-surviving researcher from the World of Chaos. A philosopher with deep thoughts, she is also an excellent scientist. 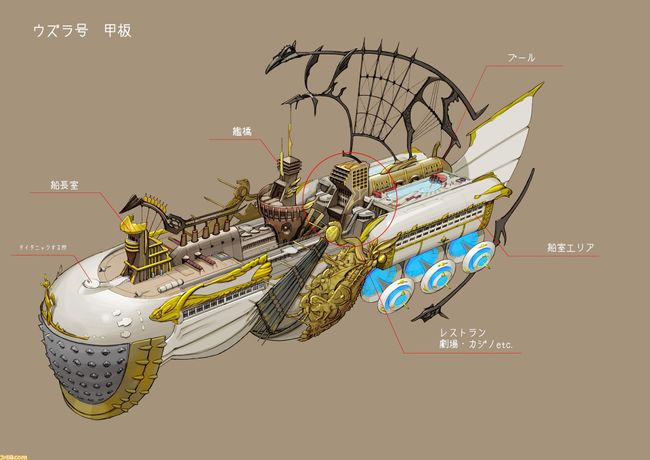 The pride of the Queendom of Vibra, the luxury liner also acts like an airship. It seems like Leo will ride the Uzra with Captain Zinikr to go on his journeys. Its features are still yet to be known, but it may also have some secrets.

Nobuo Uematsu has created all of the more than 60 tracks included in Fantasian. Mr. Sakaguchi was moved to tears when listening to some of the music, and you will be able to enjoy Mr. Uematsu’s soulful music in this title. Nobuo Uematsu offered the following comment to Famitsu: 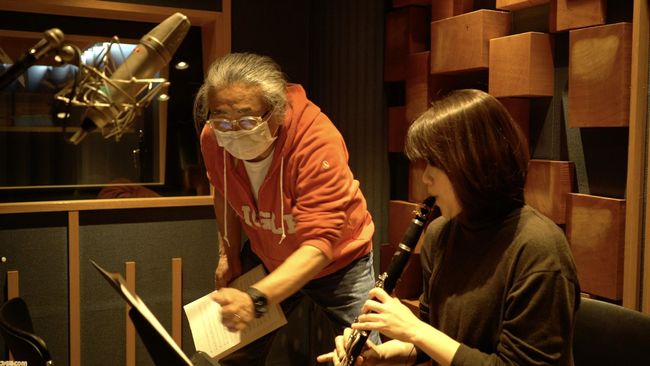 As we get older, our physical strength begins to decline, and along with that, we begin to evaluate how much time we have left in our lives, something we never thought about when we were younger.

“Is this the right life for me?”
“Do I have any regrets”
“Am I satisfied with the music I’ve made?”
“There are  still so many things I haven’t done.”
“But it’s so hard.”
“I can’t make up my mind to take action.”
“Should I just give up and quit?”
“Maybe it’s important for people to give up.”

I was thinking about this when Mr. Sakaguchi offered me a job for Fantasian.

Mr. Sakaguchi has been involved in many of the milestones in my life. When I was working on the first Final Fantasy, it was Mr. Sakaguchi who said, “I’d like to go with Uematsu,” when the president at the time said, “Let’s ask Yumin or Southern to do the music.”

And in 2019, when I was thinking of retiring from the game music business, it was Mr. Sakaguchi who inspired me to create again.

The work on Fantasian may be the beginning of a new self for me. I would like to say “I think I did a really good job on Fantasian,” but whether it was a “good job” or not is for the users to judge.

The following images and photographs have been collected from Famitsu [1,2], Sakaguchi’s Twitter feed, and localization editor Jessica Chavez’s Twitter feed.

Spider-Man Is Still a Ways Off from Joining Marvel's Avengers

Spider-Man Is Still a Ways Off from Joining Marvel's Avengers