Much like with the first game, your journey does not end when you reach the credits for Monster Hunter Stories 2: Wings of Ruin – in fact, in many ways it’s just the beginning. Players can find a variety of new gameplay features and content unlock upon finishing the game, making for a plethora of challenging post game content.

On this page, we detail the most important pieces of the post game content available once you finish Monster Hunter Stories 2. Here’s what to expect:

Most of Monster Hunter Stories 2’s endgame revolves around fighting High Rank monsters. These are marked by a red name, and some specific species of monsters can only be found in High Rank – these include subspecies such as Pink Rathian, Azure Rathalos, Fulgur Anjanath, and more. You won’t find any High Rank monsters directly on the map, but you will be able to find them in the following areas:

Once you’ve cleared the game, these new dens will start populating the world. Red Dens denote High Rank Monster Dens – but Gold Dens will now be able to house both Low and High Rank varieties; you’ll have to manually check to figure out which rank the Den is for. If you’re especially lucky, you might be able to find a Super Rare High Rank Monster Den. These will specifically contain eggs for Deviant Monsters and Elder Dragons, which you would otherwise need to gather by other means – though we’ll get to that later.

Of course, much like with Rare Monster Dens, Subquest Dens can also be denoted for High Rank, depending on the sidequests that you pick up around the world. Make sure you prepare accordingly and check whether the Subquest Den you’re entering is the one that you’d intended to face! 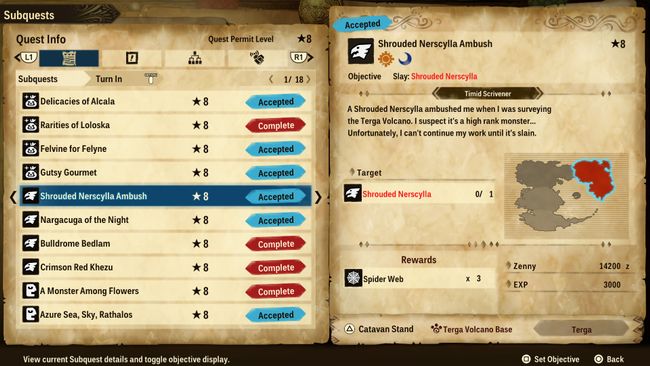 To coincide with unlocking High Rank, players will also find access to 8-star level sidequests. You’ll be able to find them both on the Quest Board, as well as from NPCs in the game’s various towns. Check them out and clear them all! 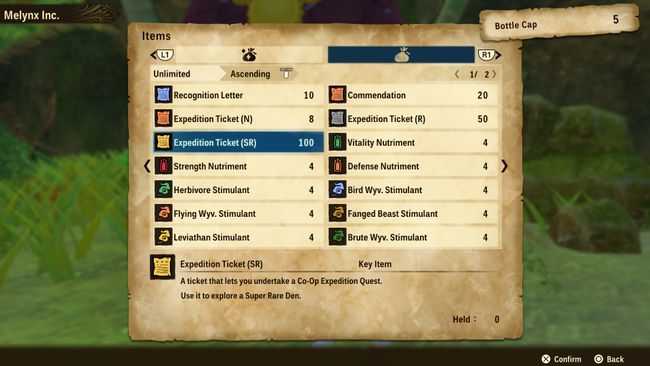 These are quests that you’ll be able to face with a buddy. By spending Bottle Caps at Melynx Inc. you can get Expedition Tickets, which groups will require at least one of them to start an Expedition into a Monster Den.

These tickets come in (N), (R), and (SR) varieties – denoting Normal, Rare, and Super Rare Dens respectively. Since Super Rare High Rank Monster Dens are true to their name, this is the more surefire method to finding and gathering eggs for some of the rarest and most powerful monsters in the game.

If you’re lucky you’ll be able to find additional tickets when exploring the Den, otherwise you’ll have to grind out another 100 Bottle Caps every time you want to attempt a Super Rare Expedition. 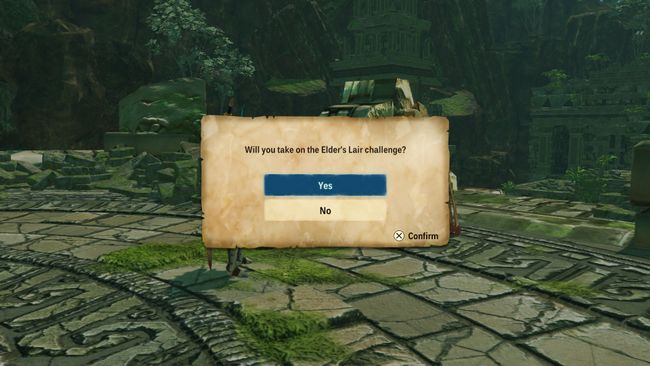 This is the true end-game – the Elder’s Lair is comprised of 9 Zones, each with their own gimmick. You’ll need to either kill a certain number of powerful High Rank monsters, break specific body parts a labeled number of times, defeat Monsters in a set number of turns, and more. It’s a test of both your preparation and your knowledge of all of the game’s mechanics. Your reward for getting to the end is a battle face-to-face with the game’s Secret Boss – though, you’ll have to get there to find out who it is! 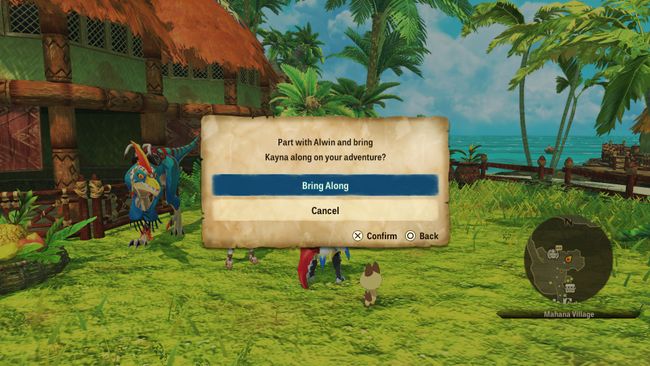 Not directly related to High Rank, players will be able to go and decide which of the game’s many partners they wish to add to their party, by heading to the town for the region they’re associated with. Additionally, you can add and remove Ena from your traveling party in Rutoh Village – but why would you, you monster!

As always, you can engage in PvP with other players, and you can continue on your quest for the ultimate monster via the Rite of Channeling. Whatever you decide to do once you’re in the post-game, Happy Hunting!