Find the details below and screenshots/artwork in the gallery, via Square Enix. For more on the game, you can check out:

NEO: The World Ends With You is set to release on July 27 for PlayStation 4 and Nintendo Switch. The PC version will follow on Epic Games Store sometime in Summer 2021.

The Reapers’ Game unfolds in the UG (Underground), a different dimension that bears a striking resemblance to the real world. The Players of the Game form teams and aim to complete missions set out by the Game Master, Shiba. The nature of these missions ranges from solving puzzles to defeating enemies known as Noise, and teams may even find themselves fighting their peers for control of the ‘Buya in citywide turf wars!

The Game lasts for seven days. It is said that the team who racks up the most points over the course of the week will have their wish granted—whatever it may be. The unlucky team who ends up in last, on the other hand, is forced to face erasure.

In the Reapers’ Game, it’s all for one and one for all. Will Rindo and the Wicked Twisters be able to band together and topple the other teams in this struggle for survival?

One kind of mission assigned in the Reapers’ Game is the Scramble Slam, a citywide turf war that has teams vying for control of various areas around town. Erase all the orange Turf Noise or take down the rival team members in an area to claim that location as your own. 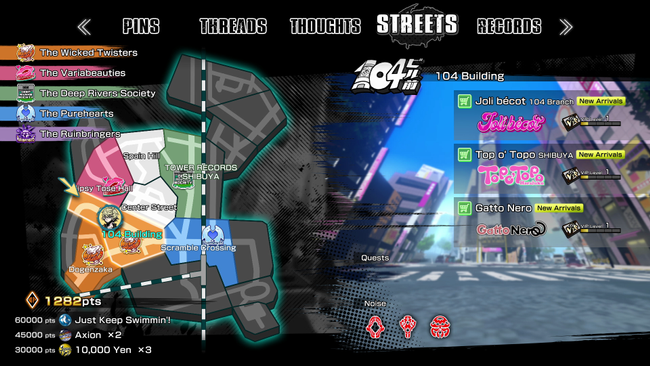 In Scramble Slams, the fun lies in not only gaining control of an area, but also in defeating swarms of enemies to earn even more Scramble Points and exchange them for even better rewards. Chain together battles with regular Noise to max out your point-earning potential!

Other Teams and Characters

Known as the “strongest team”, everything else about them is shrouded in mystery. 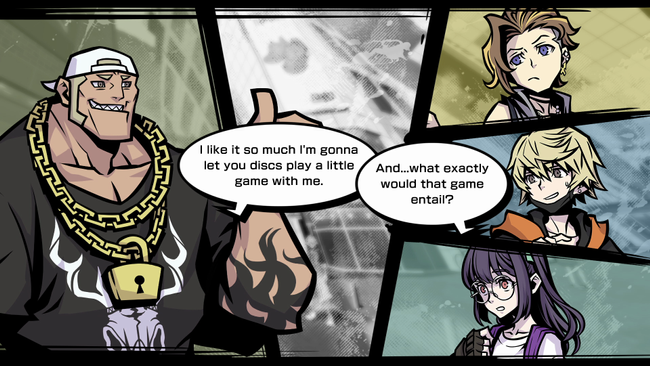 “You kids must be the newbies! Oooh, fresh outta, the box, ain’t ya?”

A Player in the Reapers’ Game, and a member of the Ruinbringers. While his impressive physique gives off an intimidating air, Susukichi is actually a bit of a chatterbox, rambling in his surprisingly high voice. Like the discs in beloved Reversi, he views the world in black and white. 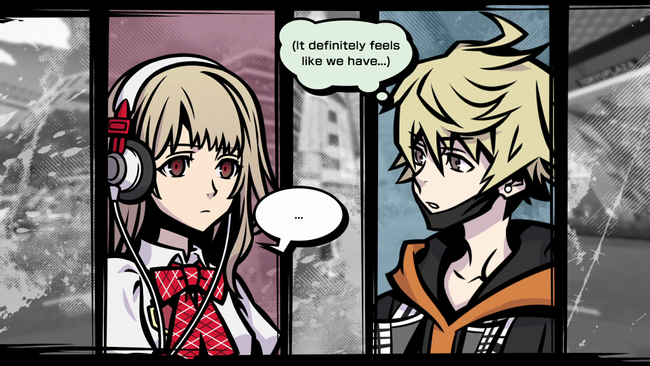 A Player in the Reapers’ Game. Although she is a member of the Ruin she barely interacts with others and does not talk to anyone. Contrary to her waifs appearance, she possesses powerful psychic abilities and a perfect record against other Players. The stuffed animal she carries resembles the mascot of Gatto Nero, a new brand that’s all the rage in Shibuya—but her plush pal apparently predates the establishment of said brand.

A group of river enthusiasts whose game plan is to survive by being cautious and steady-going. 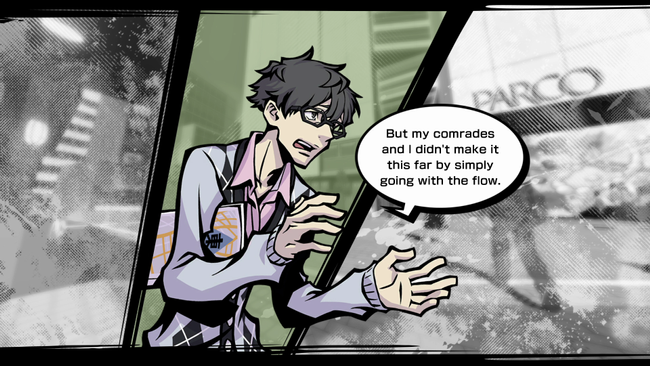 “You can row, row, row all you want…but you won’t go gently down this stream!”

A Player in the Reapers’ Game who got sucked into the action while taking a stroll in search of Shibuya’s most exquisite culverts. Despite being the de facto leader of the Deep Rivers Society, he is quite cowardly and not one to normally take charge. However, his aversion to conflict is the reason he’s managed to avoid dropping out of the game so far, so his “flight-over-fight” approach has served him surprisingly well. He holds a store-bought map of the city in which he’s hand-marked his favorite culverts.

The super-stylish team with a passion for fashion and a skilled negotiator at the helm. 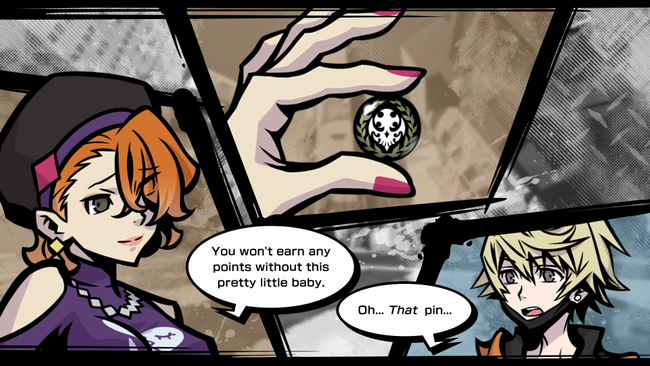 “That may work on the other girls, but I’m a little sharper.”

A Player in the Reapers’ Game and the leader of the Variabeauties. Both kind and captivating, Kanon gives “Rindy” and his teammates a crash course in the rules of the Game. Her beauty also belies a cunning side that reveals itself when the situation warrants. What she lacks in impressive psychic powers, she more than makes up for in wisdom, which has helped her survive the Game thus far. 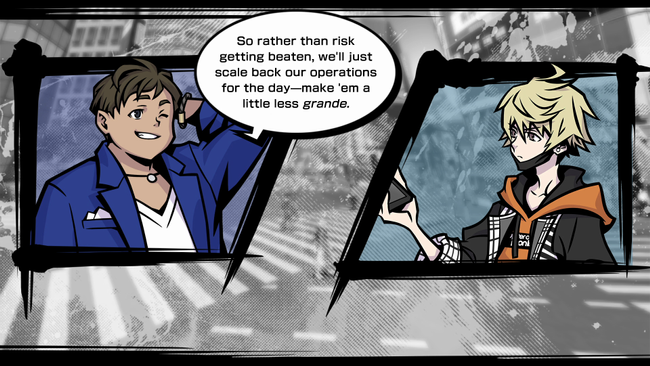 “I’m prepared to help out, of course! The more people working together, the better the résultat.”

A Player in the Reapers’ Game and the leader of the Purehearts. His winning smile and poetic platitudes give off good vibes only, even though his superficiality and frequent use of “fancy” words can rub some people the wrong way. Nevertheless, his magnetic personality has proven quite attractive, amassing him a large number of followers.

Rindo and his teammates can increase their HP (Health Points), ATK (Attack) and DEF (Defence) by wearing threads. There are five categories of fashion items you can equip: headwear, tops, bottoms, footwear, and accessories. 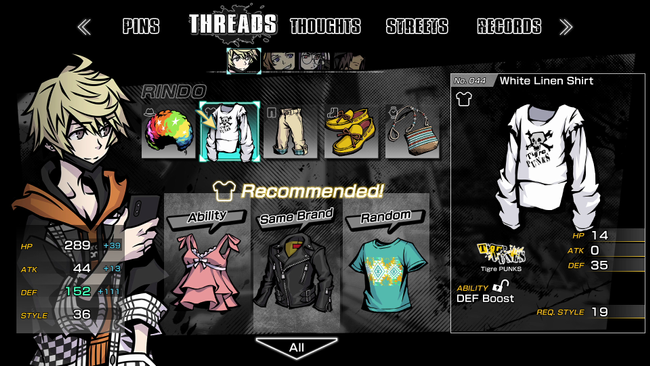 In addition, threads have abilities that are useful in battle. If the character equipping an item has enough Style, its ability will be activated and its effect unleashed. Spruce up your fashion sense and unlock the true power of the threads!

There are no restrictions when it comes to equipping threads, so you can make whichever character you like wear any fashion item. However, some abilities will only activate when the corresponding item is equipped by a specific character.

The city of Shibuya is dotted with a wide variety of shops. There are over 40 establishments to visit, with some selling threads and pins, some providing delicious food and drink, and some offering collectibles like CDs and books. 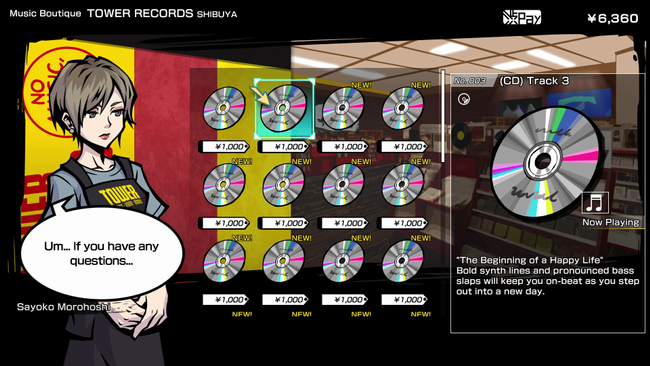 Each shop attendant is unique, and they reveal a little more of their personality with each visit. Stop by a shop often enough and you might even earn yourself some VIP perks!

Look for SHOP icons to find places where you can shop and eat! You can also enjoy shopping at stores that exist in the real world such as Taiseido and Tower Records.

Pay with the contactless payment system “ShibuPay.” Sell the pins you gain during battle to top up your balance.

The style of clothes and accessories in fashion shops changes with each brand. The number of products will increase as you progress through the story and meet various conditions, so be sure to pop into your favorite shops every now and then. A few of the game’s boutiques are featured below. 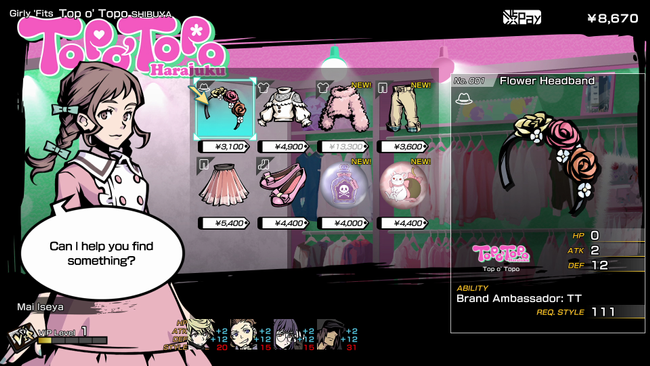 Top o’ Topo: Cute and girly clothes that are popular with younger crowds. Has its main store in Harajuku and another branch in Shibuya. Joli bécot: A sexy yet stylish brand for women that also features some cool pieces for men. Sometimes called “JB” for short. Tigre PUNKS: Long-standing punk fashion brand beloved throughout Shibuya. Their edgy designs are tough in many ways.

There are over 270 types of fashion items. Assemble ensembles around your favorite brands!

Another great thing about Shibuya is its wide selection of restaurants! Choose from a variety of dining options like guilty fast-food pleasures, succulent meat dishes, healthy veggie soups, and parfaits packed with cream and fruit. Eating improves your basic stats and is essential for Rindo and his teammates’ growth. If you want to survive the Reapers’ Game, watch what you eat! 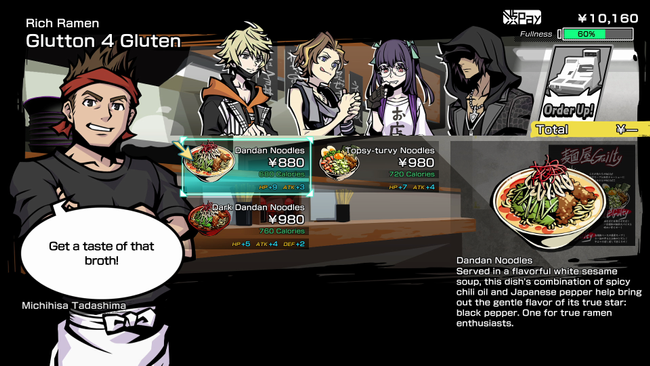 There are over 90 types of food. Savor all the fine dishes Shibuya has to offer!

Fret’s unique psych, Remind, jogs people’s memories and helps them to remember things they have forgotten. 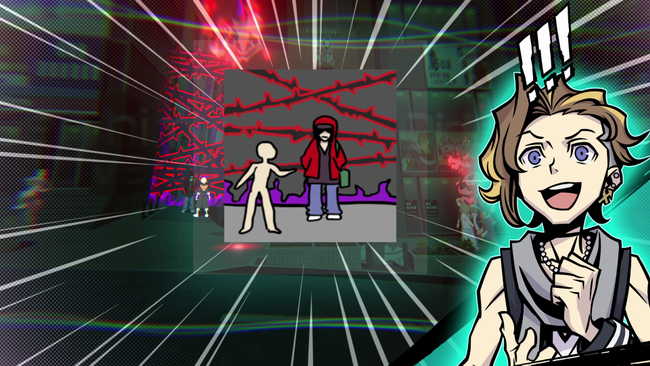 A minigame will start when Remind is activated. Tilt the left and right sticks in the correct positions to reassemble the scattered memory. Put all the pieces in the right place to complete the reminder!

Use Remind on a Reaper who has forgotten the mission he was supposed to give out.

Rindo and his teammates travel to all corners of the Shibuya area over the course of the Reapers’ Game. Revisit familiar spots from the previous game such as Tipsy Tose Hall, and discover new locations like Shibuya Stream and the iconic Takeshita Street. 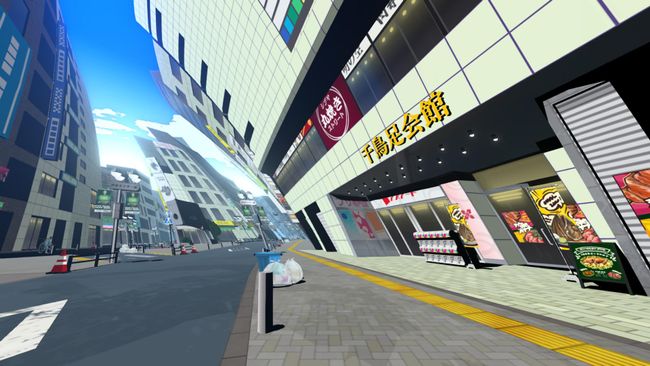 NEO: The World Ends With You