New screenshots for NEO: The World Ends With You details Reapers, Pins, Noise, and more

Square Enix has released new screenshots and information for NEO: The World Ends With You, detailing some of the Reaper antagonists, pins, noise, and more.

Find the details below and screenshots/artwork in the gallery. More information about the playable cast and combat can be found in last week’s release date announcement.

NEO: The World Ends With You is set to release on July 27 for PlayStation 4 and Nintendo Switch. The PC version will follow on Epic Games Store sometime in Summer 2021.

Shoka (voiced by Bailey Gambertoglio; Akari Kito)
One of the Reapers in charge of managing the Game, Shoka is less than enthused with her job of monitoring the Players. Having grown bored of the Game in its current state, she not-so-secretly hopes someone will come along and shake things up, showing open disdain toward Players who are slow to learn the rules. The hoodie she wears is a signature piece from Gatto Nero, a new brand that has recently taken Shibuya by storm 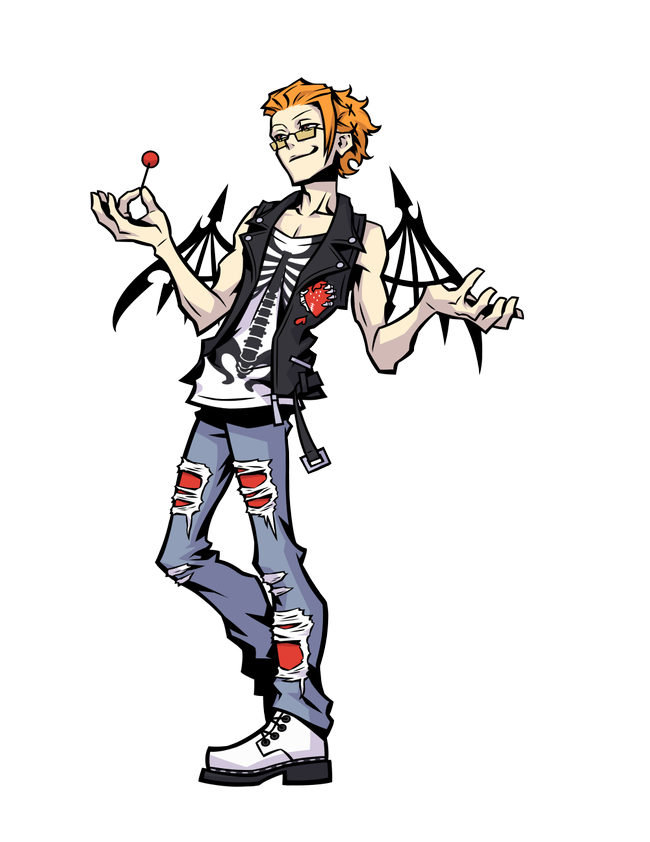 Kariya (voiced by Andrew Kishino; Anri Katsu)
Despite his veteran status among the Shibuya Reapers, Kariya has no career aspirations, content with working among the rank-and-file Reapers. Though he used to work alongside Uzuki, the two operate separately at present. Never seen without one of his trademark lollipops. 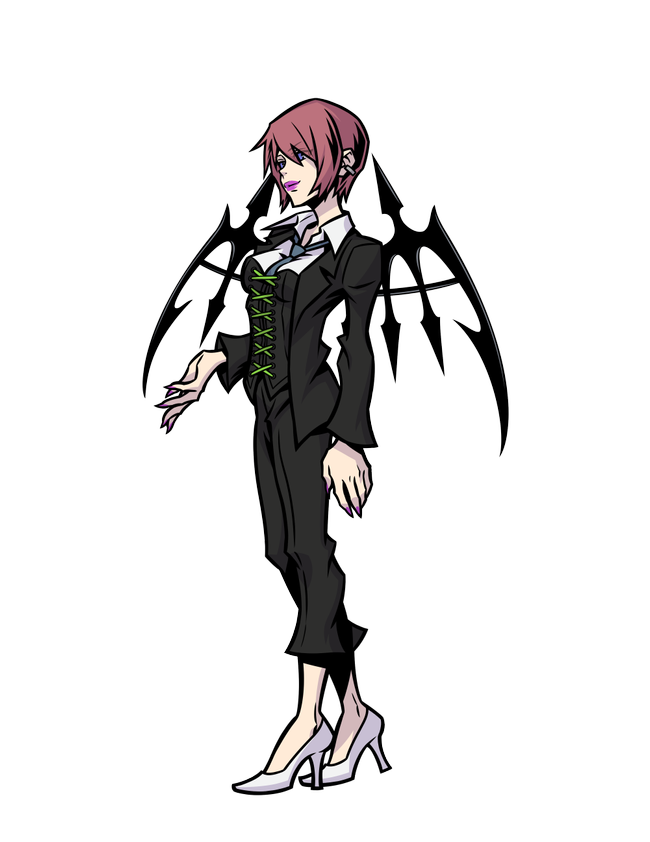 Uzuki (voiced by Kate Higgins; Satomi Arai)
Although her mind was once solely focused on getting ahead, Uzuki seems to have outgrown her previous ambition for some reason or another—but
her short temper hasn’t changed a bit. She used to work with Kariya, but currently she operates alone.

The game’s vibrant soundtrack is provided by Takeharu Ishimoto, who composed music for the previous game. Not only has he written a slew of new songs, but he has also rearranged familiar tracks from The World Ends with You, including Twister and Calling.

Reapers’ Pin – the key to the Reapers’ Game 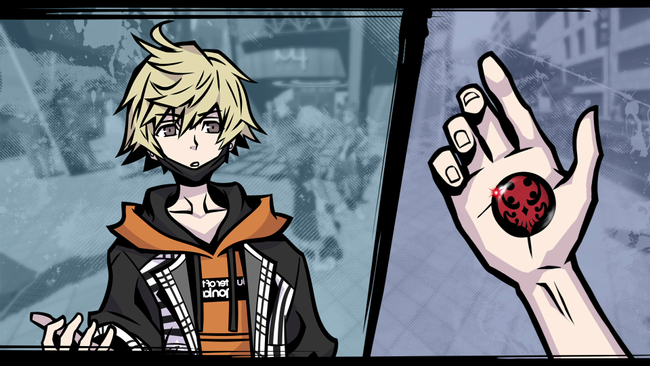 Reaper Pins serve as proof that one has been approved to take part in the Reapers’ Game. Not only do these pins grant Players the ability to telepathically
Scan their surroundings, but they also educe some of the wielders’ own latent psychic powers.

Upon obtaining Reaper Pins of their own, Rindo and the gang are swept into a battle for their lives. 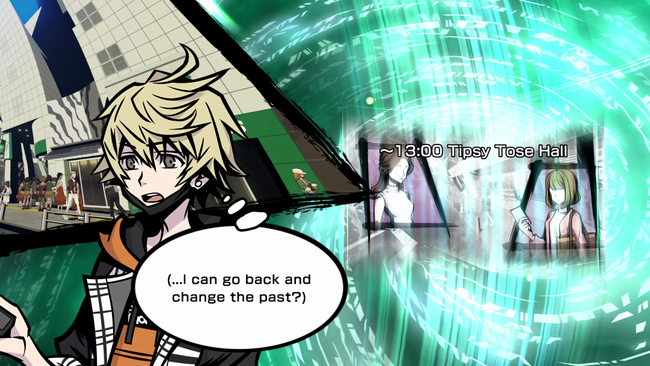 Each member of the Wicked Twisters possesses their own unique psychic powers. Rindo boasts the ability to turn back time within a given day, allowing him to alter some of his earlier actions in hopes of bringing about a better final outcome. This Replay power proves indispensable in Rindo’s efforts to survive the Reapers’ Game. 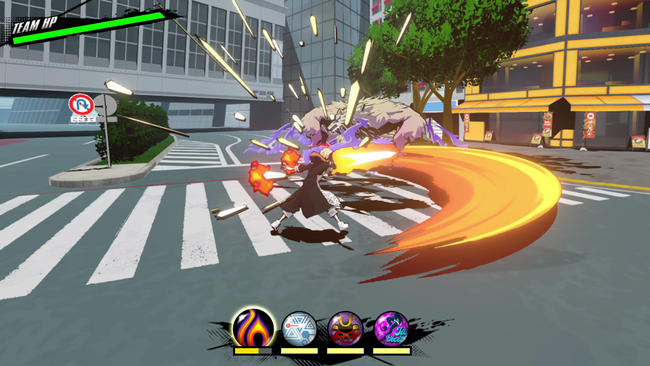 Azamaru: A pin bearing the “Shockwave” psych. Slash at enemies with a flaming sword, then leap into the air before delivering one final hit 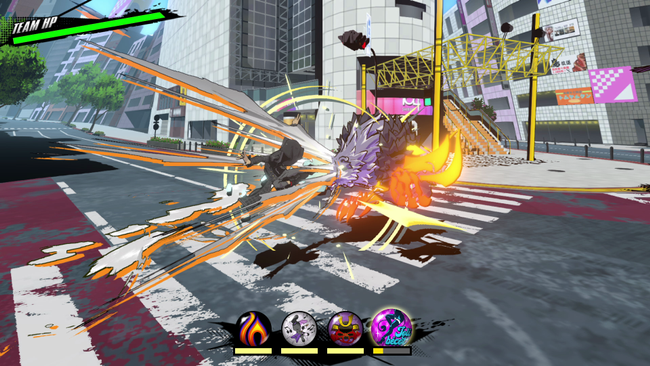 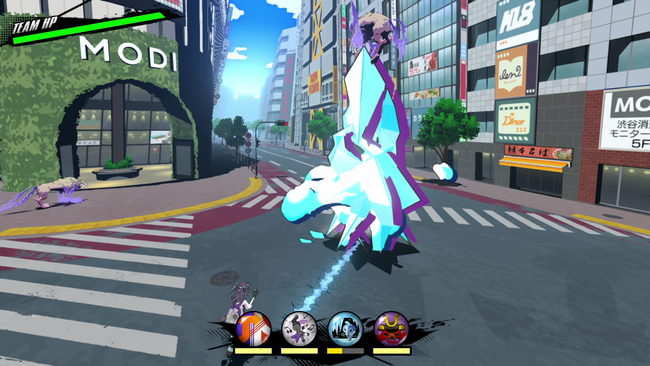 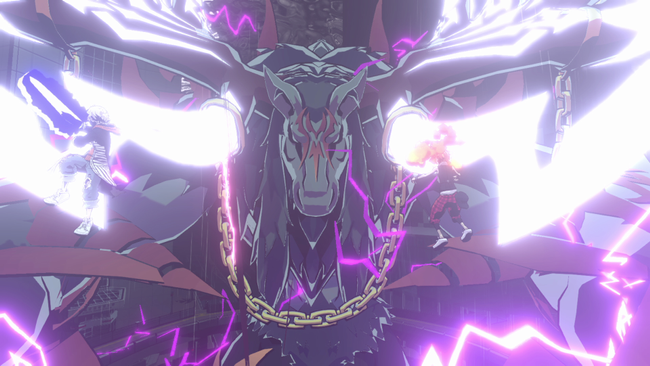 Players in the Reapers’ Game will face off against enemies known as Noise that come in all shapes and sizes, ranging from herds of smaller beasts to singular fiends that tower over your entire team. Avoiding them literally won’t get you anywhere, as many missions require Players to erase Noise in order to proceed. Felling these foes will also provide you with powerful new pins, so rest assured that your efforts won’t go unrewarded!

Some truly ferocious Boss Noise will stand in your way!

NEO: The World Ends With You