Nier Replicant Endings guide: how to get every ending, spoiler-free

If you wonder where that crazy or weird thing in Automata came from but have never played the original Nier, you’re about to get your answer with the remaster, NieR Replicant ver.1.22474487139.  Most of the things people love about its sequel had a basis here – such as the game having multiple endings, where you’ll need to replay the game multiple times in order to see everything.

But this is Nier, and so naturally, things are a little bit different. Things in Nier Replicant (and, if you’re on the last-generation, Gestalt) do play out similarly to Nier Automata’s multiple endings in some ways – but in others, they’re quite different.

Nier Replicant has five endings in total – four from the original game, and one new for the remastered version. This guide explains how to get all endings in as spoiler-free a fashion as we can manage, alongside other key information about the story progression. With that said, this page will inevitably contain some non story-detail spoilers for the extremely sensitive.

How to unlock all 5 Endings in Nier Replicant (spoiler-free)

So. Here’s what you need to know. There are five different key endings in Nier Replicant, and they follow in a sequential order for the most part – though there will be a handful of choices along the way, and you’ll need to collect all 30 weapons (which doesn’t include the 3 DLC weapons included in the Remaster as default) to see the later endings. Here’s how it breaks down – keeping it as spoiler-free as possible, but it will naturally contain some vague spoilers:

To see this ending, just play through Nier Replicant in a linear fashion. The first time you play through, you’ll always get Ending A.  After clearing Ending A, you can make a post-game save, which will be required to reach Ending B and beyond.

The number of side quests you complete etc has no effect on this, but keep in mind that you’ll never see the early phases of the game ever again, so you’ll want to make sure to complete certain things as soon as possible:

A note about Nier Replicant’s Point of No Return

The earlier half of Nier Replicant, where you play as a slightly younger version of the protagonist, is only visited once: as part of the run to Ending A. Subsequent ending runs will start you at the onset of the second half of the game.

As a result, you’ll want to make sure you complete as many side quests as possible and certainly get all weapons available in the first half of the game before continuing to the second part, and then Ending A.

For the record, the point of no return is when you’re asked to get Vapor Moss, which is available right in your home Village, near the water wheel. If you continue the main quest at this point, the story will be on rails until the second half begins. Consider tackling side content and grabbing weapons before or at this point. The moment you pick up the Vapor Moss, that’s it.

From this point forward, all gear, experience, character level, money, and non-key items carry over from one play through to the next. But we do advise you to see as much of the first half of the game before progressing. In terms of side quests, 50% on the counter in the side quest menu is the point at which there’s nothing more to see in the first half.

Load up your complete save from after seeing Ending A. It will start you off in the second half of Nier Replicant’s story, with the slightly older protagonist after the time skip. As noted above, you won’t return to the younger time.

You’ll replay the second half of the game, but get more context, new scenes, and additional story reveals as you work through the narrative – not just at the end, but all the way throughout the play-through. Completing the game again on this save gives you Ending B, where you can again save for a clear file. 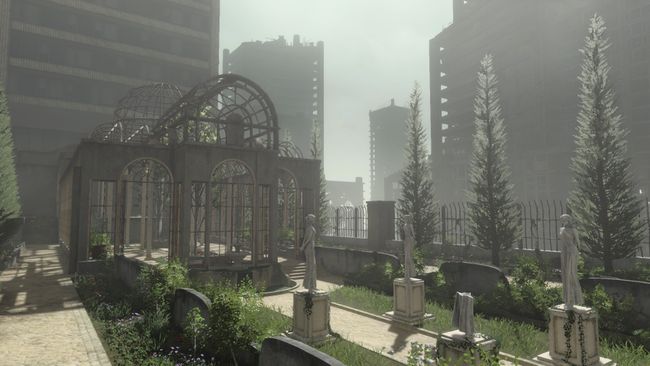 Weapons carry over from save to save, so you’ll just have to mop up the ones you’re missing, which you can use our Nier Replicant Weapons guide to do. Then, continue playing to reach the final stages of the game, where there’s a choice.

You’ll beat the character that was the final boss of Ending B, but then have to fight another character. You’ll be given the choice to kill or save that character. Choose to kill them in order to see Ending C.

If you want to make getting Ending D easier, you should create a save file shortly before the final boss.

This is the same as Ending C. To get to this, load up a late-stage save on the way to Ending C, or an Ending C clear file; the latter will start you off in the second half of Nier Replicant. With all 30 weapons in hand, head to the final boss. Now, instead of killing that character as in Ending C, choose to spare them – which carries a cost. This cost is important, so read on:

By choosing to save that character, you’ll complete the game again and see Ending D. This is Nier’s original canon ending, and is the ending that Nier Automata follows – it’s set thousands of years later. However, the cost for this ending is your save file – which gets deleted.

To be clear, once you complete Ending D, your related save files will be deleted, and the character name you used can never be used again, even on a new file. There’s a twist on this in the remaster, NieR Replicant ver.1.22474487139 – more on that in the Ending E section below.

As well as starting from an Ending C clear file, as mentioned you can reach this ending by just loading a late stage save from before you saw Ending C, then making the opposite choice. The only difference between C and D is made when you make that final choice at the very end of the game. 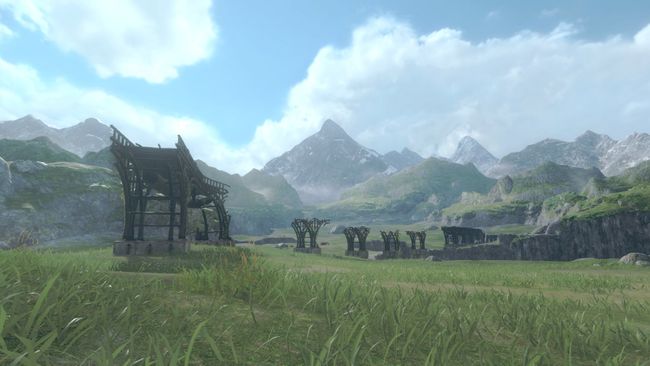 Ending E, all-new for the remaster:

This is the big one – Ending E is an all-new ending in the Nier Replicant Remaster, which is available on modern consoles. It has some interesting new additions to the Nier series lore.

To see Ending E, you’ll need to first complete Ending D – which of course deletes all of your saved data. At this point, start a new game from the beginning; you’ll need to use a different player name, as your previous choice will be disallowed. Now just play the early stages of the game again. You’ll have to play the first couple of hours, until the large boss in The Aerie where you first properly team up with Kaine. You can safely skip all cutscenes before this boss – but after this point, the story will diverge significantly.

The all-new content presented from here will take under two hours, and is a linear progression that leads directly to Ending E, with interesting repercussions for the wider Nier lore, before credits roll one last time.

Once the credits are over, you will be able to restore one of your old Ending D save files – though just one, the final save you made before heading to the final boss. When you load this save, if you head back into the world you’ll be able to pick up a new, exclusive, and powerful weapon – the best in the game – from the shack near the Aerie.

Unlike its sequel, Nier Replicant doesn’t have any ‘joke’ endings – so that’s it!