There’s been a lot of talk about PlayStation sales in Japan recently, and that point of discussion looks set to continue as 2021 gets underway. Hardware sales statistics released by Famitsu – and compiled by ResetEra – reveal that in 2020, for the first time since 1994, cumulative PlayStation hardware sales dipped below one million units. That’s an unfortunate feat – especially when you consider 1994 was the year of the brand’s birth. 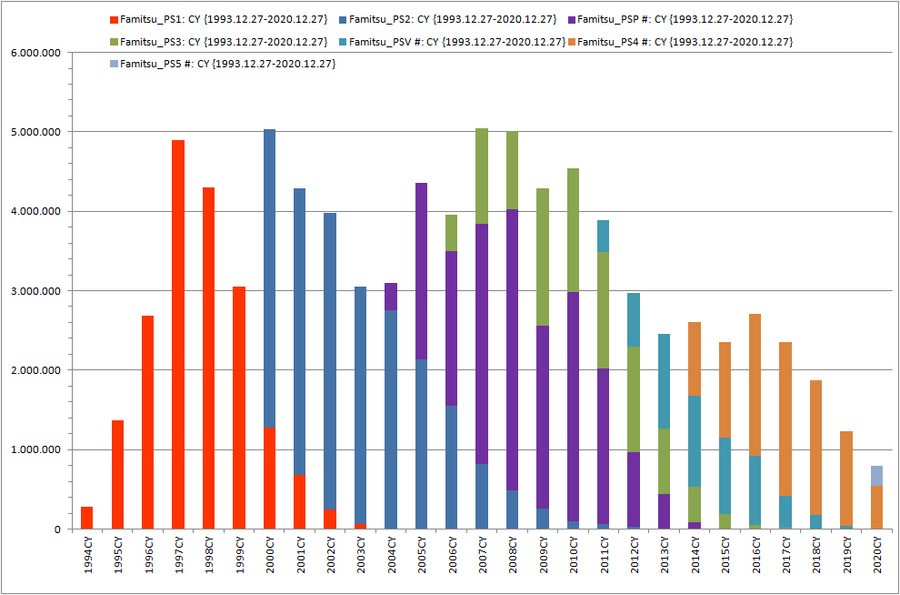 So, what does this mean? Well, frankly nothing that we haven’t already observed over the past decade or so: traditional console sales are declining in the territory. There’s been talk about Sony’s de-emphasis of its home region: several Japan Studio veterans recently departed the division, launch allocations of the PlayStation 5 have been microscopic, and there has been chatter that the entire Japanese arm of the organisation has been side-lined.

But we must also remember that there’s been a global pandemic, and Sony still managed to pull off a near-simultaneous worldwide launch for the PS5, which ultimately has led to stock shortages on a global scale. The manufacturer has also successfully grown its brand despite declining sales in its home territory, which suggests it’s tapping into new audiences to make up for the domestic shortfall. Still, it looks like the days of PlayStation being a powerhouse in Japan are well and truly over.