The Persona series is really all about the bonds of friendship and love that each game’s protagonist makes, and it’s represented slightly differently in each game. In Persona 5 Strikers there’s the new Bond System, which basically acts as a major barometer for character progression in this more action-focused game.

At a base level, the Bond system is comprised of unique perks for the Phantom Thieves party whenever they’re on-mission. Some of these are incredibly useful and powerful – and Bond Skills can be acquired and upgraded by spending Bond Points acquired for winning battles.

The Bond system unlocks automatically on the in-game date of 7.27, so watch out for that. It appears under the Command Menu. As you progress, more Bond skills will unlock.

On this page, we list some of our favorite picks for the best bond skills in P5S, so you can spend Bond Points wisely and spec your Bond Level correctly – but as ever, remember that there is no absolute ‘right’ way to do things – don’t be afraid to experiment yourself! What we list below are just suggestions.

We’ve decided to break this up into some sub-sections – so here’s the best Bond Skills for getting more out of your time playing P5S. If you grab a bunch of these, it’ll make your Strikers experience much smoother and less challenging.

Bondmaker is a vital first skill to pick as soon as possible, and for one simple reason – this Bond Skill increases the amount of Bond EXP you gain when fighting, which in turn means you’ll be able to unlock more Bond Skills even more quickly as you progress through Persona 5 Strikers.

Bondmaker is an absolute must-have bond skill, purely because it’ll make your life a whole lot easier. Get it first. No questions.

Next up on our list of powerful bond skills is Joker’s Wild. This is a pretty simple one – while there’s quite the cast of characters in P5S, Joker remains quite unique in that he has access to multiple Persona, just like his other persona protagonist peers. In Strikers, you obtain new Persona by picking up Masks in battle – and leveling up this Bond will make more masks drop more often.

This basically gives you access to more Personas, which is useful for fighting and battle but also for engaging with the Persona fusion system for completing things like the Prison Mail side quests. It’s a very useful skill.

While we’re running on the theme of Bond Skills that give you more, our next must-have pick to prioritize is the Extortionist bond skill. This one is pretty simple – it boosts the amount of money and items that drop from the battles you undertake. As you progress through Persona 5 Strikers, money will become an increasing concern the deeper you get – so having more is useful. Get it early and start saving right away!

A classic part of Persona is the existence of Treasure Demons, demons that, when slain, bestow a bevvy of riches upon the player. They’re present in Persona 5 Strikers too – and the Jewel Hunter bond skill increases the chance of them spawning, giving you a chance to extract their riches. When combined with Extortionist, this is a great way to get rich quick.

If Extortionist isn’t enough for you keep Safecracker (open more difficult safes) in mind – it can help you save by giving you access to great loot.

We don’t recommend this bond skill be prioritized as much as the ones above, but once you’ve managed to get a bunch of cash through the Extortionist skill, consider grabbing the Smart Shopper bond skill. This expands Sophia’s shop, and even raises the number of sales you can enjoy – which allows you a greater choice of ways to spend your hard-earned money.

If you want to shop a little less, Smart Shopper can be offset with Parts Connoisseur (get more junk parts) and Highwayman (higher chance of getting items from battle), which can give you free items.

If Persona 5 Strikers is giving you a kicking, or if you’re just a more traditional Persona player not as used to more full-on action, you might want to grab some bond skills that’ll help you to survive battles and stay healed up. These are useful for that:

Oracle Recovery – get healed up in downtime

The Oracle Recovery bond skill’s power can’t be understated – it’s something of a game-changer, and is another easy must-have bond skill to grab as early as you can at your convenience.

Oracle Recovery restores HP and SP to all party members at the conclusion of each battle – which will make the more lengthy, arduous jails a little easier to handle. This will be vitally helpful – but it won’t negate the need for healing entirely, so be warned.

The Ambusher bond skill pairs nicely with Oracle Recovery, and if you combine the two, you’ll end up with a pretty strong pair of healing powers that’ll help you to navigate your way through much of P5S. This Bond skill restores HP to all party members whenever you land a successful ambush on an enemy – which can be incredibly handy for staying healthy.

If these freebie heals above aren’t quite working for you, consider grabbing the Metaverse Medic bond skill. This boosts the effectiveness of any healing items you use, which will make life easier and mean you’ll need less of them to get by. However, we absolutely recommend you go with the other HP and SP recovery skills first, as the return on investment here is significantly lower.

What about HP Boost & Endurance Boost?

We don’t recommend prioritizing these ones early, as they offer you nothing that a bit of leveling up won’t also give you – but it’s important to note that the HP Boost bond skill is a solid option in the sense that it can simply be used to increase the maximum HP value of all party members across the board.

Likewise, the Endurance Boost raises the En stat of all party members, giving a defensive power boost against both physical and magical moves. Don’t prioritize these, but if you’re struggling, they’re a decent buy to make your life significantly easier if you’re exhausted all other options. 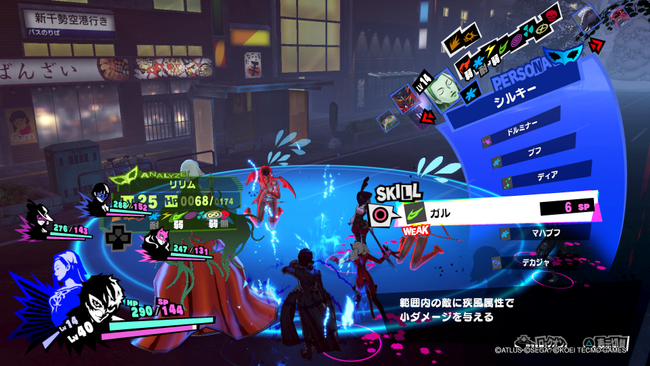 The Best Bond Skills for Combat

Obviously you spend a lot of time battling in Persona 5 Strikers. Aside from the story, it is the driving force of the game. So you’ll want the right Bond Skills

The Avenger bond skill is extremely useful if you’re adept at evading enemy attacks. Picking it up allows you to perform a powerful counter attack whenever you evade an enemy attack at the last moment – and this can truly transform the way you play, giving you a powerful and viable combat option.

Those who played the original Persona 5 will be familiar with the Harisen Recovery skills, which in that game came through confidant relationships. In Persona 5 Strikers it’s called the Harisen Helper bond skill, and takes on a slightly different form – but is no less useful.

The Harisen Helper skill triggers Harisen recovery, which in P5S lets a party member help the player character by removing an afflicted status ailment. Status effects can be really annoying – so these help to keep you in the fight.

The Pass Appeal bond skill is very useful if you like performing Persona 5 Strikers’ most extravagant and over-the-top moves – the Showtime moves. These vary based on character or in the case of Joker Persona, but they’re limited by an on-screen meter.

Pumping points into Pass Appeal will mean that after you perform a baton pass, the Showtime gauge will charge faster – letting you unleash more of these powerful attacks more frequently. Which is handy!

What about Strength Boost & Magic Boost?

As with the HP boost, SP boost and Endurance boost, these basic bond skills are very simple – and honestly, they have a fairly weak return on your investment. Even if you think dishing out more base damage is cool, we’d honestly suggest you can do better elsewhere in the bond skills – and you should therefore leave things as-is and instead increase these stats by simply grinding and leveling up. The same goes for Agility Boost, Luck Boost, and all the stat-raising skills.

What did you play last week?