Calling your game “Eden” promises three things; a garden, naked people, and the original sin that led to the inexorable corruption of humanity and, ultimately, all of the misery in existence. Big shoes to fill, then, for Q-Games’ twelve-years-later sequel to their downloadable PlayStation 3 title PixelJunk Eden. We’re pleased to report that this game manages to avoid the common development pitfall of “unleashing the concept of shame” à la The Bible’s take on the genre, but it’s also sadly lacking in naked people altogether. Unless there’s some sort of cheat code. (Note: Ask PR about nudity cheat code)

What we actually have here is described in-game as an “audiovisual experience”, which we thought was a bit precious considering that almost everything is an audiovisual experience. Getting a can of D&B out of the fridge is an audiovisual experience: what’s your point? It’s one of those games that appears to frontload its aesthetic offerings in a (futile?) bid to be respected as art. Often this kind of thing is a bit of a distraction from limited and unenjoyable gameplay, but we’re delighted to report that, in keeping with the likes of PixelJunk Shooter and Monsters, there’s lots of fun to be had with PixelJunk Eden 2. 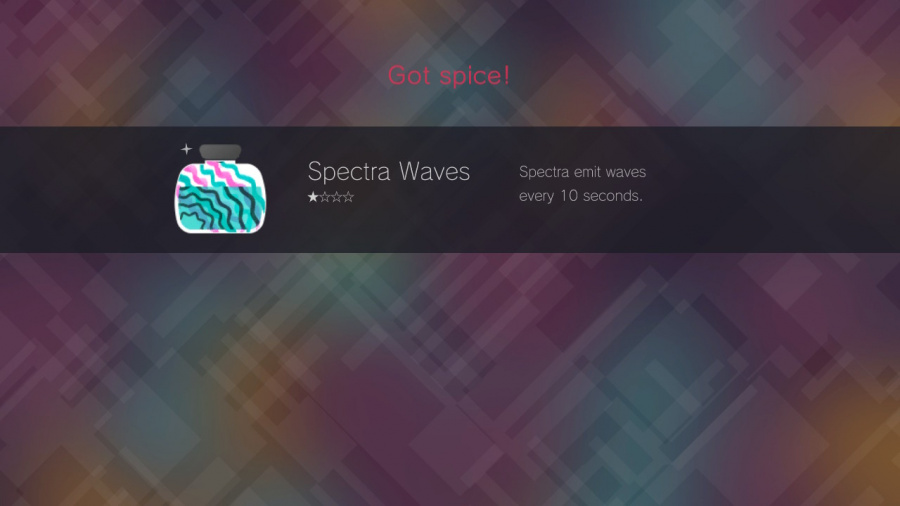 It’s actually somewhat interesting (adjusts spectacles) how the game reconciles a quite bad first impression. You see, the initial tutorial appalled us to some extent. The controls and premise of the game are explained in a method we found so poor that the concept of reviewing a game we didn’t understand and couldn’t play properly became deeply upsetting. Imagine our surprise when we bypassed the tutorial only to find that the main game experience is so much simpler and less esoteric. Taking control of one of a selection of “Grimps”, you must attach to and swing from plants in order to reach the “Spectra”, which is functionally just the level’s exit.

Controls-wise it’s a little difficult to get to grips with, and the aforementioned tutorial isn’t — in our view — the best way to learn it. Being set free in an actual level allows you to pick things up in better context, and the unusual input scheme makes more sense this way. Tilting the left analogue stick makes you jump in whichever direction it’s pushed, but also lets you swing from plants when you’re attached to them. Pressing and holding the ‘A’ button lets you hover and switch direction mid-leap, not entirely unlike a double jump. You’ll hop, swing and float around the levels quickly, in search of the often far-off Spectra. 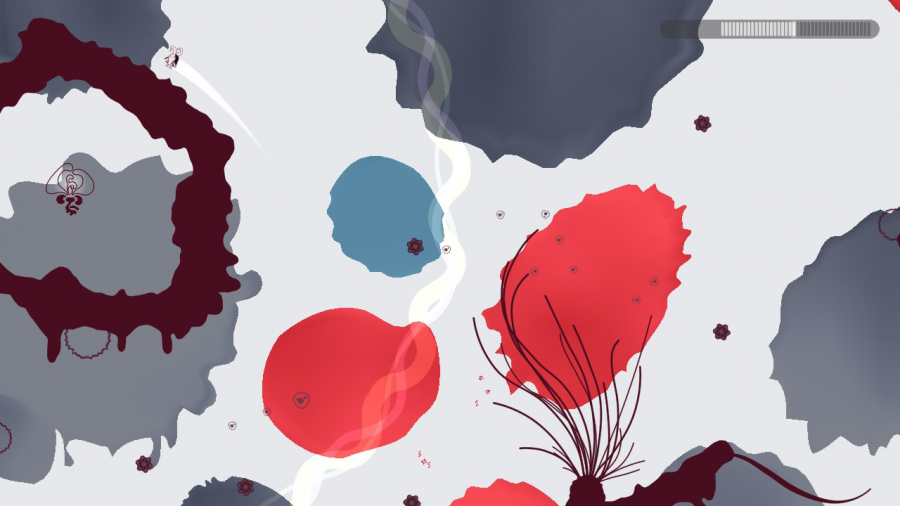 You’ll quickly notice that there simply aren’t enough plants to get by with, so you’ll need to grow some of your own. This is achieved by collecting the free-floating pollen, usually by latching onto a plant and swinging around through clouds of it. This pollen then allows you to grow seeds, effectively adding more platforms to the stage and allowing you to progress towards the Spectra. It’s an engaging system and more linear and “gamey” than it first appears. Despite the flowery and abstruse visuals recalling “art games” like Hohokum, PixelJunk Eden 2 is most certainly an objective-led title that feels — when you really strip it down — akin to classic arcade maze games. You’re moving from beginning to end, making your own route along the way. It’s about as straightforward as its visuals are abstract, but it’s fun.

The structure is unusual, with a selection of “Gardens” made available seemingly at random, with all of them needing to be cleared before the next selection is shuffled in. This makes progression feel a little unsatisfying, and there isn’t a lot of variety in said Gardens in terms of the vaunted audiovisual experience. We’ve experienced clearing the available stages only to have almost identical ones shuffle into the next batch, which is wearying. That said, though, it’s probably best to approach PixelJunk Eden as more of a toy than a game you’re aiming to clear and get out of the way. It’s more fun to dip into, as you can play at your own pace — either beeline for the Spectra or aim to grow as many seeds as possible. 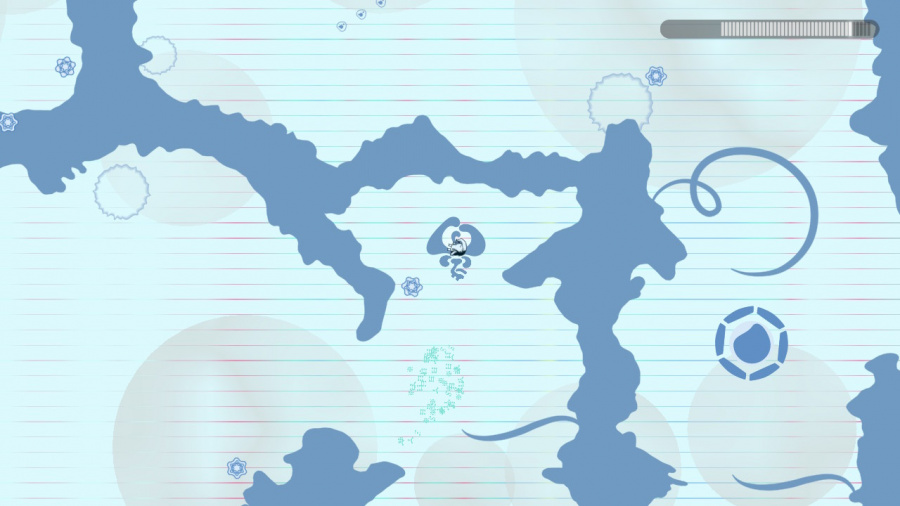 Growing seeds, collecting pollen and gathering crystals let you unlock “Spices”, basically one-time perks you can assign to your Grimp in order to assist them. (Assign Spice to your Grimp – aren’t video games just the best?) These offer a number of effects, from having the Spectra reveal its location through a pulsating ring of concentric circles, or simply alleviating the time limits a little — though your timer refills at the frequent checkpoints and we never found there was any particular sense of urgency. Eventually you’ll unlock a mode that allows you to roam the gardens freely, though without the timer to add some semblance of, well, stakes, we’re not sure what the draw of that mode is. Others will prefer it, but they likely won’t want to put in the several hours necessary to unlock it in the first place. It’s an odd decision, but more choice and options can’t realistically be called a bad thing.

PixelJunk Eden 2 is an odd duck, but it delivers an enjoyable and engaging time. Despite frontloading its status as an “audiovisual experience”, we found it fun in and of itself. The litmus test, of course, being “would this game still be fun if it had Vectrex-level graphics”, and thankfully in this case it absolutely would. A lack of variety hurts it somewhat, but if you treat it as an occasional treat to dip into rather than an extensive campaign that must be cleared, PixelJunk Eden 2 is a welcome addition to your Switch library. Let’s just hope that Eden 3 doesn’t skimp on the nudity again.

Back 4 Blood is the new Left 4 Deadish game by the people who made Left 4 Dead • Eurogamer.net