Welcome back to Box Art Brawl, our poll series to find out which of two or more regional retro box art variants is the most pleasing to our modern sensibilities.

Last time we observed SNES brawler Final Fight 3 as it engaged in a fierce duel between East and West. It seems that ganging up was a smart plan for the two western territories as Japan picked up just under a third of the total vote, leaving Europe and North America to walk away victorious with 69%. Nice.

This week we thought we’d have something Mario-themed to tie in with the imminent release of Super Mario 3D World + Bowser’s Fury, a game that in its original Wii U guise (sans the furious Bowser) boasted what is quick possibly the greatest box art of any game, ever. — certainly the most colourful. Yes, we’re taking a look at the covers of Super Mario 64 DS, the only handheld port of the N64 classic that fans could enjoy until Super Mario 3D All-Stars came along. This version also added three more controllable characters and a host of bonuses, and when played on a 3DS (using that console’s analogue ‘nub’), it’s not a bad way to play this classic at all — and the only way to wander through Peach’s 64-bit castle as Wario.

L is real in this one, so hold on to your cap and let’s a-go… 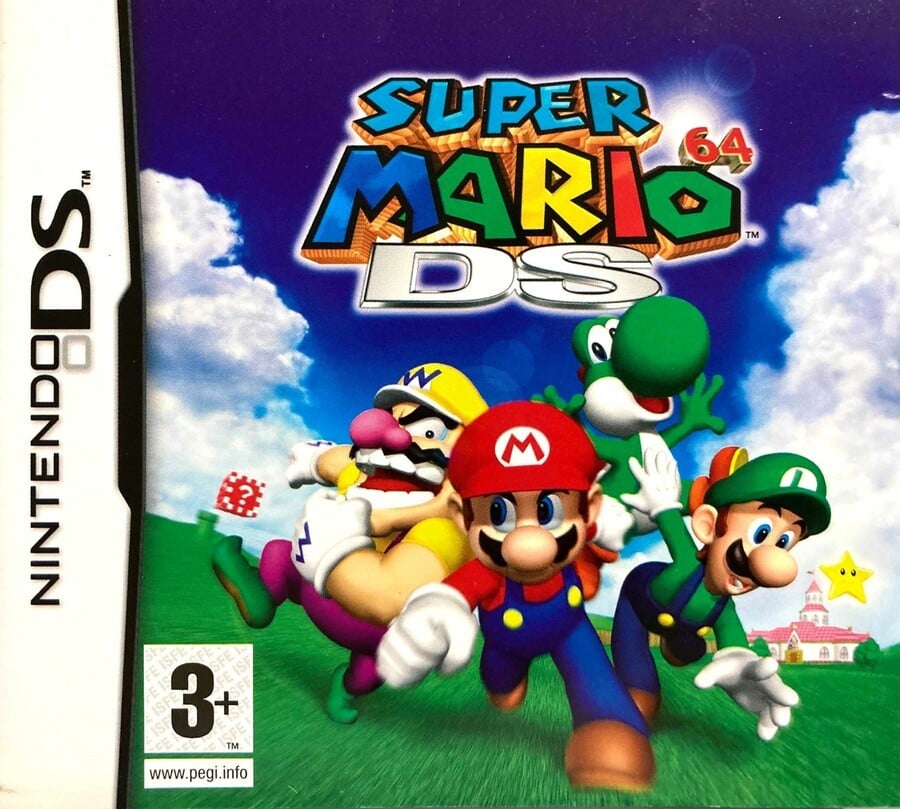 Western territories got identical art featuring the four playable characters bounding towards the camera on the grass outside Peach’s Castle. Wario, Yoshi and the Mario brothers are jostling for position and a little bit of motion blue coupled with the slanted horizon gives the image a sense of energy against the rich blue sky in the background.

The lingering clouds part nicely so as to make the logo stand out at the top, with a drop of lens flare shooting out from behind the embossed ’64’, which comes direct from the original game’s cover. The logo could be a bit bigger, perhaps, but we like this. 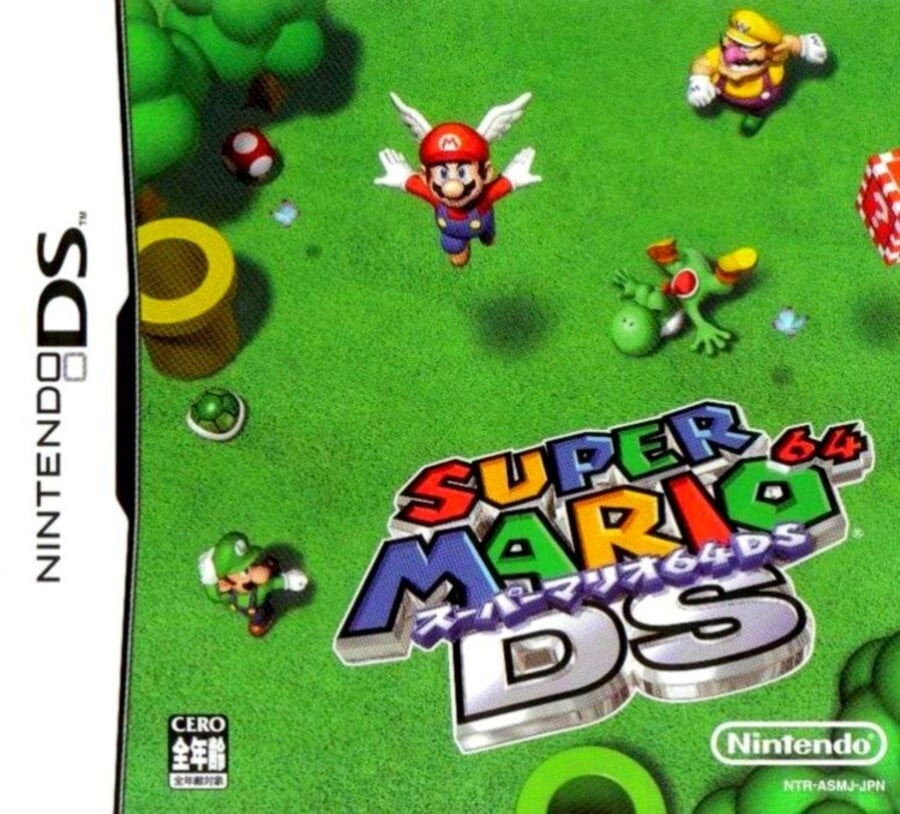 Japan got a totally different cover which we can’t quite decide if we like or not. Looking down on the four characters from an extremely high angle, the green grass which occupies the entire cover is interspersed with items, pipes and a couple of butterflies. Mario is seen jumping into the air with a wing cap as Wario looks on enviously. Yoshi’s either fallen over or is taking having himself a little siesta. And Luigi? Luigi’s left scratching his head like the rest of us wondering who the hell is in charge of laying out the cover.

The logo stands out against the green, and the 64 has been redone to bring it in line with the rest of the type. Overall, this cover is an odd one, although there’s something about it that we enjoy. All the green, perhaps? Maybe it’s just because it’s different to the one we know — more exotic, less generic.

But is it good? That’s for you to decide.

So, you’ve seen the two options, but which one makes it to the summit to battle your Big Bob-omb? Pick your favourite and hit ‘Vote’ to let us know below:

And there we are! For (Nintendo) life reasons, the Brawl will likely be on hiatus until mid-March. Don’t worry, though — much like James Bond, Box Art Brawl will return. Take care everyone, and we’ll see you in a month or so.

The Nioh Collection on PlayStation 5