Pre-Ordered A Polymega With Walmart? We’ve Got Bad News For You

The Polymega saga rumbles on. Following news that the system’s much-delayed launch would be pushed back again into 2021, Playmaji – the company behind this all-in-one wonder console – has just revealed that anyone who pre-ordered a unit with US retailer Walmart must cancel it and re-order directly from the Polymega website. To soften the blow, Playmaji is offering $50 off the price of the console for a limited period.

According to a statement given on Instagram, the personnel at Walmart who dealt with Playmaji changed last year, and communication between the two companies went dark. Despite repeated attempts to restore lines of communication on Playmaji’s part – and, later on, the threat of legal action – no response has been forthcoming from Walmart, and this has forced Playmaji to cancel all of the orders made via the retailer. As was stated late last year, Playmaji doesn’t have access to Walmart’s sales database and therefore cannot directly contact those who pre-ordered the machine with the retailer. 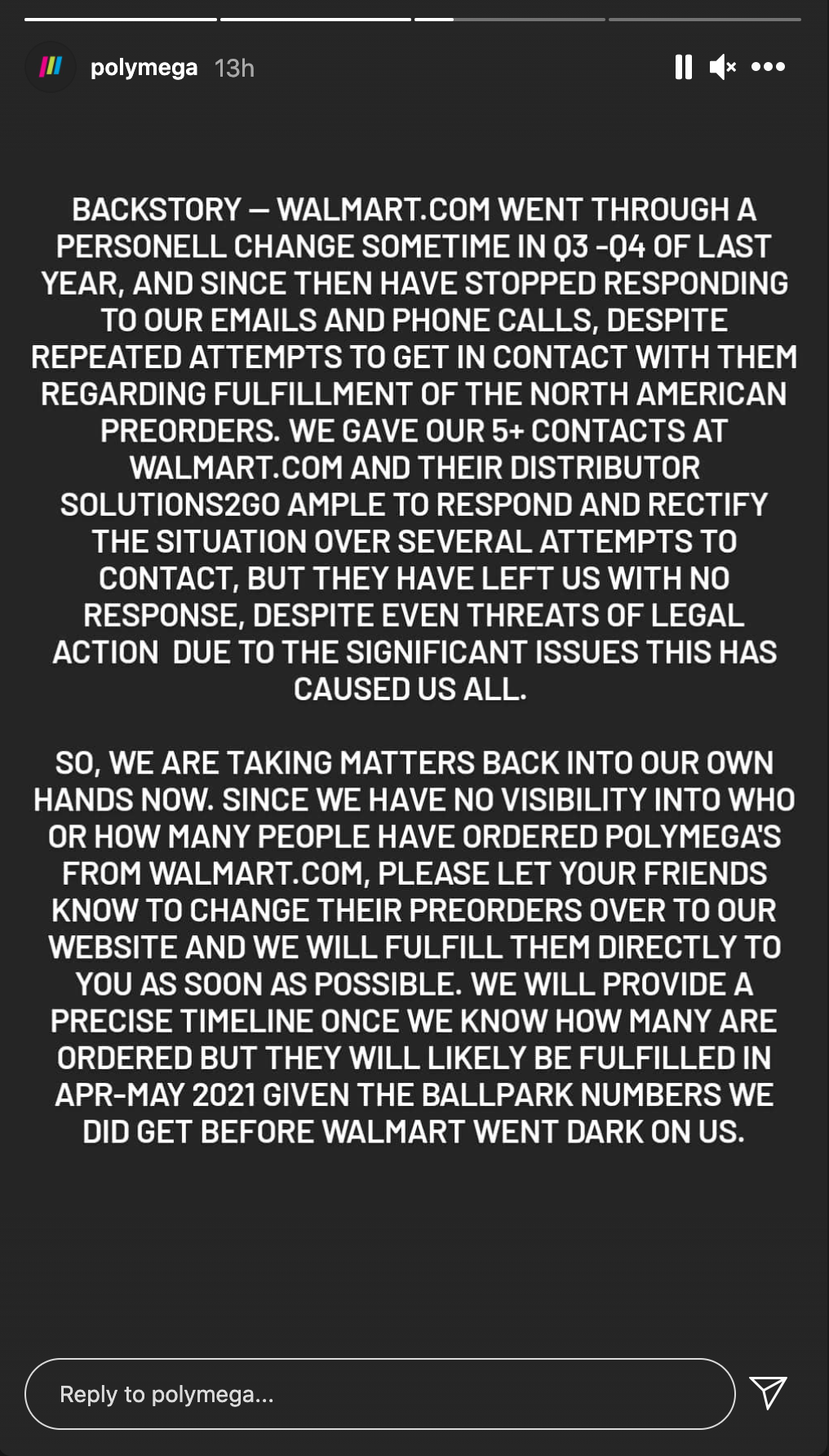 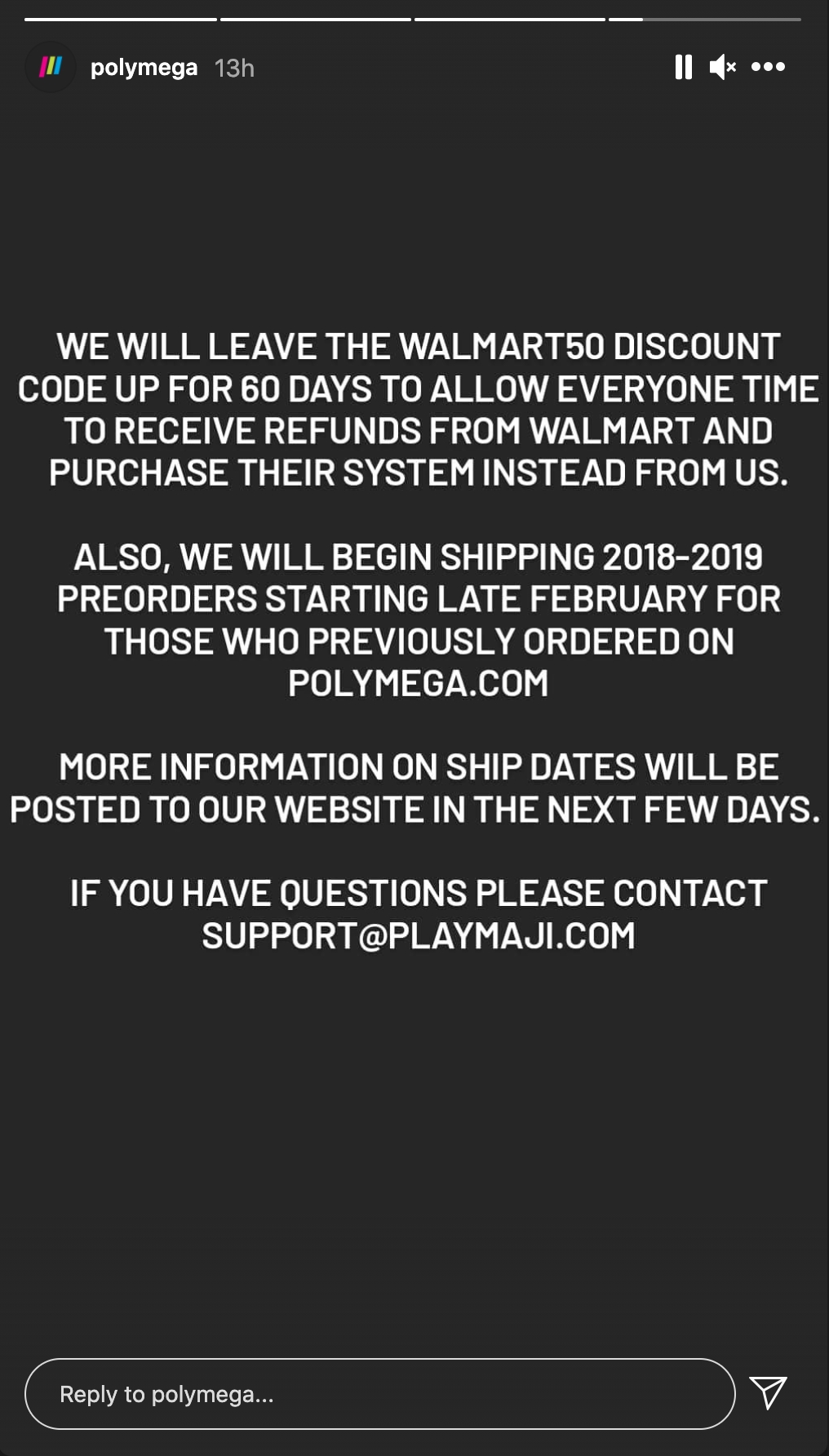 There’s more bad news, as well – these ‘transferred’ pre-orders will most likely ship between April or May this year, according to Playmaji – which means that people who ordered with Walmart months ago now face the prospect of yet another delay in getting their system. Those who pre-ordered the Polymega directly from Playmaji between 2018 and 2019 should still get the unit in February, though. Brand-new orders made after January 24th are, according to the Polymega site, estimated to ship in Q3 2021.

In case you’ve reading all of this and are still wondering exactly what the Polymega is, it’s a unique piece of hardware which uses emulation to replicate the performance of multiple classic systems, including NES, SNES, Mega Drive, PC Engine, PlayStation, Saturn and Neo Geo CD. Optional modules enable you to play your original carts on the unit, while the built-in CD drive handles optical media for those systems which support it.

We were lucky enough to get sent a unit for review last year and came away very impressed, despite the software side of things still being very much in the beta phase – which makes this latest delay even harder to stomach, even if it does seem to be beyond Playmaji’s control.

Fall Guys Season 3.5 to Add New Level, Lots of Round Variations, and Much More on PS4

Konami insists it has not shut down its video game division despite internal restructure • Eurogamer.net

Konami insists it has not shut down its video game division despite internal restructure • Eurogamer.net

Discover secrets in the sand in Desert Revenant

Darkest Dungeon 2 gets major update to metagame and progression

Discover secrets in the sand in Desert Revenant

Darkest Dungeon 2 gets major update to metagame and progression