Random: The Last of Us Fans Are Placing Pedro Pascal into Scenes from the Game

HBO’s adaptation of The Last of Us is set to very closely follow the events of the original PlayStation 3 title, which means there’s a possibility the TV giant may recreate some scenes beat for beat. Because of that, and following the confirmation that Pedro Pascal will play the role of Joel while Bella Ramsey is Ellie, fans have already taken it upon themselves to place their likenesses into scenes from the game. Obviously, a couple of these are tongue in cheek, but it’s fun to see what The Last of Us could look like once production is wrapped up and we’ve all secured a subscription to HBO Max.

First up is Reddit user ramykabalan, who has mapped Pascal’s face into the scene where Joel is driving Ellie away from the Firefly’s base after rescuing her. It’s not entirely the actor’s face since an app has been used to create the effect, but you get the idea.

If you cannot see Pedro Pascal as Joel, this is for you. from
thelastofus

Photoshop has come in handy elsewhere as fans take pieces of key art and slap Pascal and Ramsey’s faces over the top. One such example is an impressive effort by user DeCurt1998, who adapted a piece of Naughty Dog art. 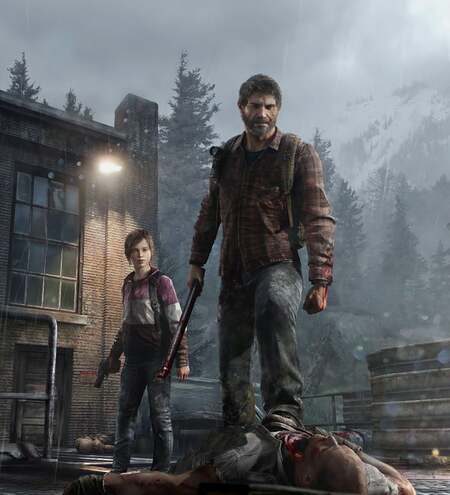 Finally, our favourite effort comes from Boss Logic himself, who has taken inspiration from The Mandalorian and placed the famous helmet over Joel and turned Ellie into Grogu!

Which one is your favourite? Come up with your own photoshops in the comments below.

505 Games Is Publishing Suikoden Successor Eiyuden Chronicle, But A Switch Release Is TBC

505 Games Is Publishing Suikoden Successor Eiyuden Chronicle, But A Switch Release Is TBC