Each year here at RPG Site, we wrap up a year of hopefully great RPG-playing action by publically polling you, our readers, to find out what YOU ranked as the best RPGs of the year. As usual, we allow consideration for both pure-blood RPGs and a few adjacent games that we feel RPG fans would enjoy.

We had you vote in two separate polls: Your favorite RPG of 2020 and your most anticipated RPG for 2021. We already posted our Staff Best of 2020 Awards and our own Most Anticipated for 2021, but we wanted to hear what you had to say. We have results for both polls listed below.

Thousands of you voted, and as ever the results are interesting. As with previous years, there are places that mirror our staff choices and places which offer a different, alternative take from ours. So… how did you, the great RPG-playing public, vote? Here are the results.

Our sixth year of the fan poll sees Final Fantasy VII Remake join Fire Emblem: Three Houses, Dragon Quest XI, Persona 5, Final Fantasy XV, and The Witcher 3: Wild Hunt as our reader’s poll winners. (2015 Results / 2016 Results / 2017 Results / 2018 Results / 2019 results). This year’s most voted publisher is the Sega/Atlus combination, due to games placing 2nd, 3rd, and 4th in the poll. Square Enix takes the #2 publisher spot simply on the strength of Final Fantasy VII Remake’s winning tally. The winning margin for Final Fantasy VII Remake was technically the slimmest since 2016’s results. The speaks to the varied strength of 2020’s RPG slate, compared to the past three years that each had a runaway winner. Near-misses for the 2020 Reader top ten include the likes of Demon’s Souls (2020) and Assassin’s Creed Valhalla. Both Genshin Impact and The Legend of Heroes: Trails of Cold Steel IV placed in the reader top ten while being absent from our Staff Awards. Conversely, we gave kudos to some indie-scale titles like Sakuna: Of Rice and Ruin, Fae Tactics, and Moon. Being a genre website, Hades was a bit of an odd game to cover as it only barely covers our broad definition of ‘RPG’, but we decided to cover it and include it on our Poll as a selection. Enough of you voted for it to have it grab the eighth spot. 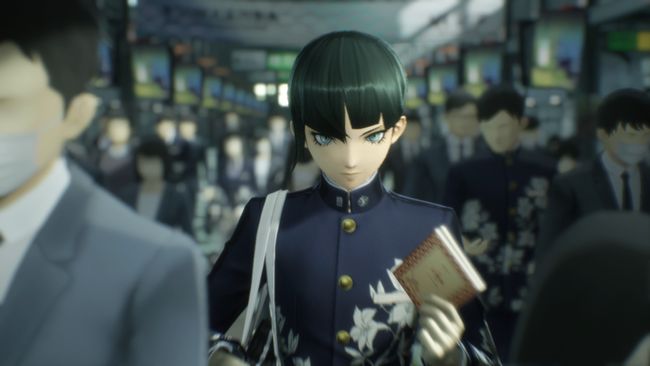 Your Readers’ Choice Most Anticipated 2021 RPGs

This is RPG Site’s third year polling our readers for their Most Anticipated RPG of the upcoming year. Several thousand of you voted over December 2020, and after some obvious vote duplication was removed, these were the results. All of the top ten selections from the Reader Poll are included in our Staff Picks. All of these games are Japanese-developed, too. We offer a broad spectrum of choice in our Reader Poll, and we allowed readers to pick several RPGs that aren’t specifically slated for a 2021 release. Elden Ring, Breath of the Wild 2, Tales of Arise, and Final Fantasy XVI officially do not have a release window other than TBD. Even still, these four games landed four of the top six spots in the vote. Monster Hunter Rise and Bravely Default II tied for 9th-most votes in the Reader Poll. Oddly enough, those two games tied in RPG Site’s Staff internal polling too, for the winning spot. Yes, we know, Breath of the Wild is only loosely an RPG. However, this latest iteration of Zelda is the most RPG the series has been in a long time, so we figured it appropriate to include it both in our picks and in the Reader Poll. Narrow misses for the reader top ten Most Anticipated include Mass Effect: Legendary Edition, Vampire: The Masquerade – Bloodlines 2, and Persona 5 Strikers (noting Persona 5 Strikers was confirmed for release after voting was underway).

Soapbox: PS5's Pad Has Made All Other Controllers Feel Ancient

Soapbox: PS5's Pad Has Made All Other Controllers Feel Ancient