Soapbox: Kentucky Route Zero Was a Game Made Specifically For Me

The music slowly falls away. The camera pulls out. Let me just wipe my face. Are those tears? The horses have been buried and the funeral is over. While this may not have been the closing moment of Kentucky Route Zero, it’s certainly the emotional peak. Those horses meant a lot to that poor town, and as I’ve discovered in the months since I completed the game, they meant a lot to me too. Even now, writing this, just listening to the song that plays in that scene is tearing me up a little bit.

I’ve mentioned in a few places across Push Square that Kentucky Route Zero is my favorite game of all time for years now. And I don’t expect that to change. But the thing is, until January 2020, the game wasn’t actually finished. Act V released alongside the console version and completed the experience that began for me in January of 2013 when Act I released. So sure, some of those tears were for the horses, but I think the bigger catalyst was that anxiously awaiting the conclusion of this game was no longer going to be a part of my life. I waited. And waited. But my excitement never wavered, and my trust in Cardboard Computer never waned. I knew that it would release when it was ready, and my faith in the team was rewarded. 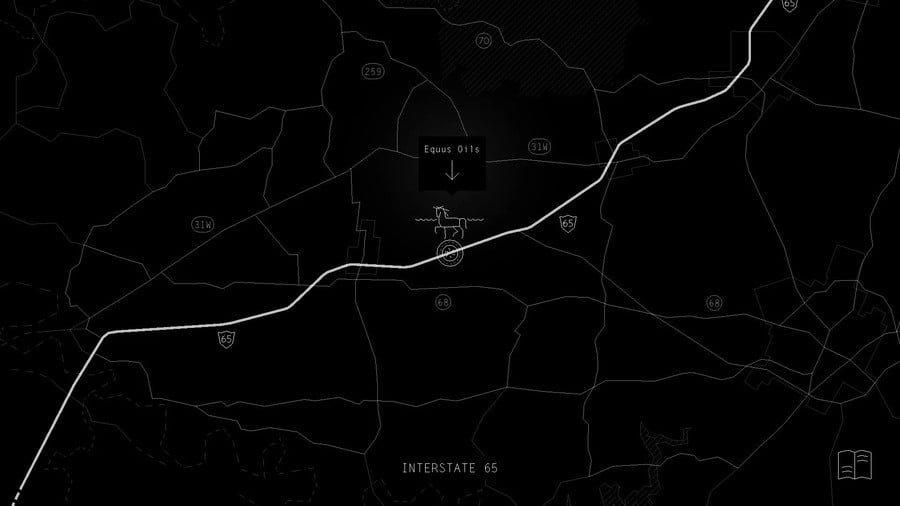 Kentucky Route Zero is the most beautiful, confounding, entrancing game I have ever played. Equal parts stage play, folk concert, and Lynchian horror show, the game, at every moment, felt as if the devs had bored into my head and decided they wanted to make a game that catered to exactly what I wanted in an experience. From the incredible Museum of Dwellings to the Lower Depths bar – the single greatest gaming moment I’ve ever experienced – the game never stops introducing moments, ideas, or songs that leave my mouth agape.

One of the most special things is how the tone of the game changes dramatically based on your dialogue choices. Much of the world you experience in this game is filled with forgotten things. Forgotten people, forgotten places, forgotten attitudes. And you have the choice to fill that world with even more bleak pessimism, but you can also fill this world with positivity. Despite all of these disheartening elements, much of the dialogue as presented comes with a silver lining. As long as you’re willing to find it. And I find that truly magical. The world is a gloomy miserable place, so if I can find a way to shine a light on the relics tucked away in “The Zero”, surely I can take some of that with me into the real world, right? 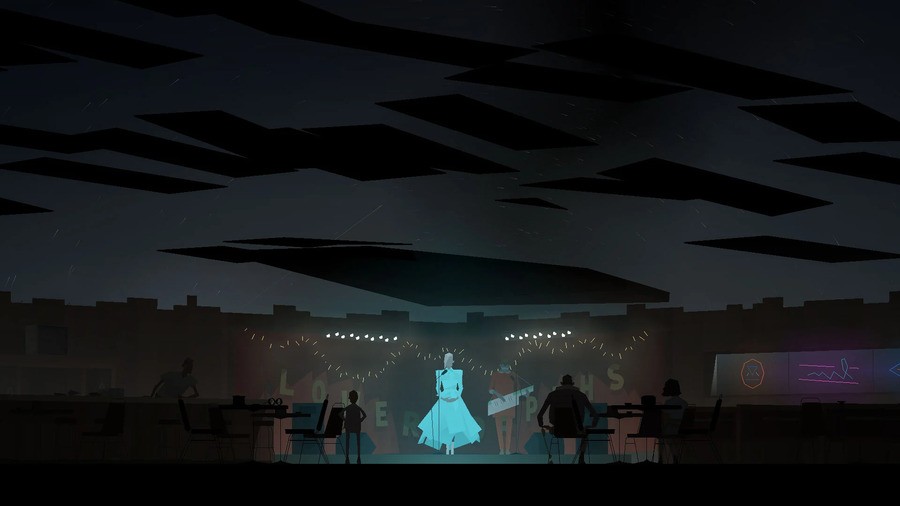 There’s more to the experience, though. It’s the little moments, little things. There’s not really any rush to get anywhere or do anything, so why not spend some extra time combing the map? There are entire stories tucked away in the darkest corners of the game that I would have completely missed if I were in a hurry. How different would I have felt about the game if I never found the church in Act I? Or the coffee shop with no lights? Or the video library onboard the Mucky Mammoth?

The little moments in between all the “objectives” are disturbingly beautiful. Exploring this little pocket of the country I grew up in that’s been left in the dust by the machinations of capitalism is sobering. I’ve seen these events take place. Countless retail chains have disappeared. No one knows about them, no one talks about them, but they existed. In some ways, they still do. Lechmere. Caldor. Circuit City. Ames. All these chains were pillars of my youth. Now, they’re relegated to footnotes on a Wikipedia page, or as anecdotes in conversations. They’re not spoken of in the present. They’re firmly in the past, unceremoniously cast off when the next big chain filled up their empty halls. But I don’t want to forget them. I relish thinking about them. So when Conway just up and disappears in the middle of a scene, never to be seen again, that resonated with me. The characters almost immediately begin talking about him in the past tense. Unceremoniously cast off, only to be speculated upon as this weird oddity, not a living human being. A faceless shadow they once knew. 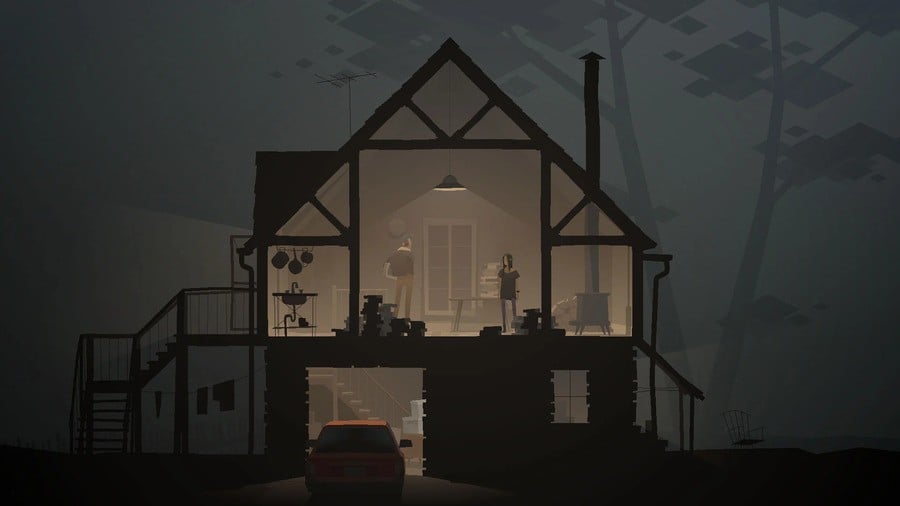 The game also does a particularly brilliant job of combining the use of surrealism and one’s own imagination. The game is littered with impossible locations and ideas, but it rarely shows you. Much of the game is text-only, and in many moments where things don’t make any kind of traditional sense, the developers leave the reality or ramifications of such ideas entirely up to the player. Maybe something that sounds horrifying or unnerving to me may sound peaceful and wondrous to you. There’s no way to know. And no matter what either of us think, the location will remain unaffected. Whether or not I enjoyed visiting this abandoned building is irrelevant. The second I leave things will just return to what they were. Unthinking, unfeeling, unmoved. Awaiting the next intrepid explorer who is too far from home, with too little sense to turn back.

And finally, I want to briefly talk about how important music is to the experience, an area of gaming I’ve written just a couple of articles about. Folk group, The Bedquilt Ramblers, sing a number of traditional folk songs throughout the game, and the band shows up in-game at key moments. The numbers are more optimistic when the endeavour first begins, but as the experience carries forward, and we see more and more of what this world has become, it’s nigh impossible to recognize what it might have been at its peak. All that remains now are the scant few unwilling to give up on what they once knew. And these oddball newcomers (you) who don’t know any better than to carry forward. Songs earlier in the experience talk about the excitement or importance of a journey. Things are bright. New. There’s reason to dig further. But as the experience progresses and we dig deeper and deeper into this forgotten world, the lyrics change with us.

Has been twisted into:

This world is not my home, I’m just passin’ through
My treasures and my hopes are placed beyond the blue
Many friends and kin have gone on before and
I can’t feel at home in this world anymore

A journey that begins with bright eyes and bushy tails keeps sinking further and further, until the world I once called home is no longer recognizable. I’ve left logic behind, I’ve left reality behind. But I’ve found a new piece of myself.

Did Kentucky Route Zero speak to you on the same level? Are you compelled to check out the title if you haven’t already? Follow the path in the comments section below.