The Push Square PlayStation 5 review of Rainbow Six: Siege went through quite a few changes. Originally a monstrously large article, the word count was trimmed by scaling back the amount of time I spent focusing on the game’s problems with cheating and toxicity. But I still have more to say on the subject. And what better way than to expand upon things in a Soapbox!

Full disclosure, I love Rainbow Six: Siege. There are month-long stretches where I play the game every single day with friends, those poor souls that play as much as I do. When installing the PS5 version of the title I went into my Trophy list to see just how much time I put into the PS4 version of the title. I was rather embarrassed to see that I had put 1,310 hours into the title. I don’t need to check any further to see if I’ve put more time than that into a different game because I haven’t. Not even close. So clearly there’s something that keeps drawing me in. I think the game has the most compelling gameplay loop I’ve ever encountered in an online experience, so long as you go in with friends. Playing this game as a party of one is an absolute nightmare — and that’s where the problems begin. 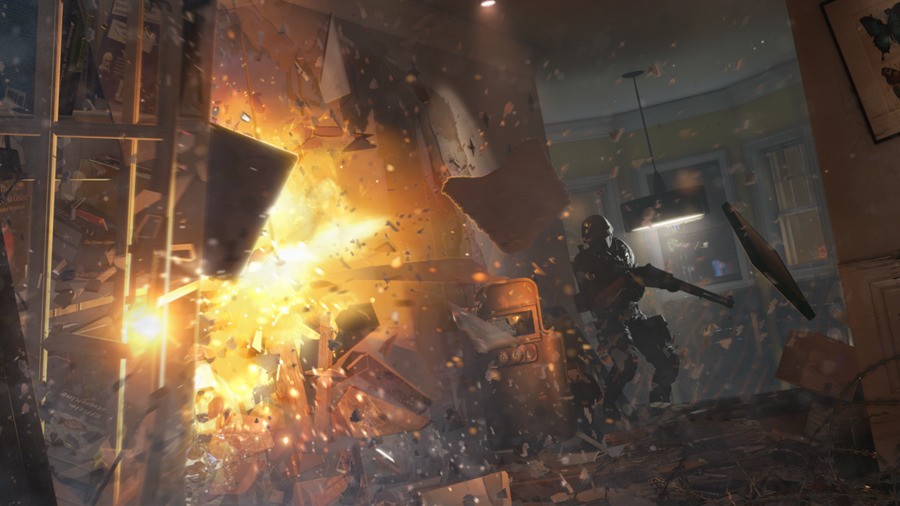 The sheer volume of vitriol and hatred that spews out of this game’s community is horrifying. You get the standard hate speech and just generally cruel teammates who would rather curse you out than work together. After all, they know better than you. You’re garbage at the game!

But Rainbow Six: Siege takes it a step further. Several steps in fact. Friendly fire is an element of the title, and it’s an extremely important one. Having to take care to not shoot or damage allies with gadgets elevates the tacticality of the title. But you can probably see where this is going. Toxic players weaponized friendly fire pretty much from day one. Even now, five years and multiple attempts to fix things, it’s still rampant. I’ve never seen a community work so hard so consistently to ruin the experience for everyone at every opportunity.

Even the “vote kick” system was abused to the point where Ubisoft eventually had to remove the feature. A system designed to keep toxicity to a minimum, and it was almost exclusively used to create more toxicity. All your teammates dead, but you’re alive? Well, if you so much as do one thing wrong, get ready to get voted out of the match. Your dead teammate that clearly knew better than you was dissatisfied. Shame on you. 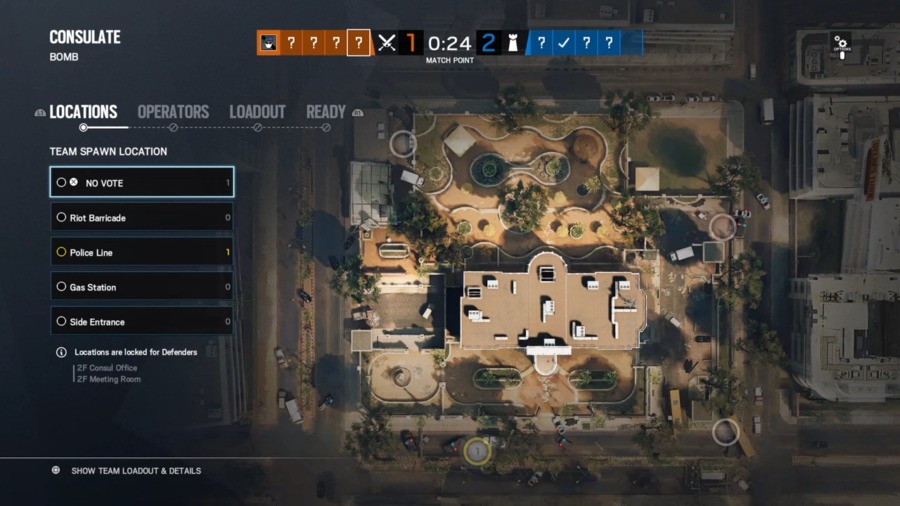 It is worth taking a quick step and applauding Ubisoft Montréal for the incredible title its made. It’s provided a half-decade of support, constantly expanding both the scope of the title as well as its content. It’s one of the biggest — arguably only — successful games-as-a-service models to date and I don’t even want to think about the amount of extra money I’ve pumped into this game after the initial buy-in. So yes, I have a fair number of critiques for the title, but they all come from a place of love.

Even team-killing has been addressed by the team. At launch the punishment was the game saying “hey, don’t do that”, and that was it. Now, after one team-kill, you get a warning and if you try again in that match, you die instead, followed by eventual removal. This has drastically reduced the rate that I encounter team-kills, especially in ranked. And, should you insist on continuing to team-kill in subsequent games, you will get banned for increasing periods of time. Much of this wasn’t in place at launch. Is it perfect? No. Does more need to be done still? Absolutely.

Something with less encouraging progress, however, is cheating. This doesn’t apply to all versions of the game, as the PC version’s anti-cheat systems are fairly robust. There’s nothing more satisfying than seeing posts on r/Rainbow6 about cheaters being caught and banned. But it sure doesn’t feel like there’s been much progress on console. The original report system was synced to BattleEye, a fairly standard piece of PC anti-cheat software. The report system on console used to mention a player was reported to BattleEye, but here’s the thing: BattleEye wasn’t integrated on the console version. So the cheating button for the PlayStation was just there to make wronged players feel better. It didn’t do anything. And that’s the issue with console cheating. A lot of it on the surface doesn’t necessarily look like cheating but it is. Which means it’s time to hop into the quagmire that is console mouse and keyboard. 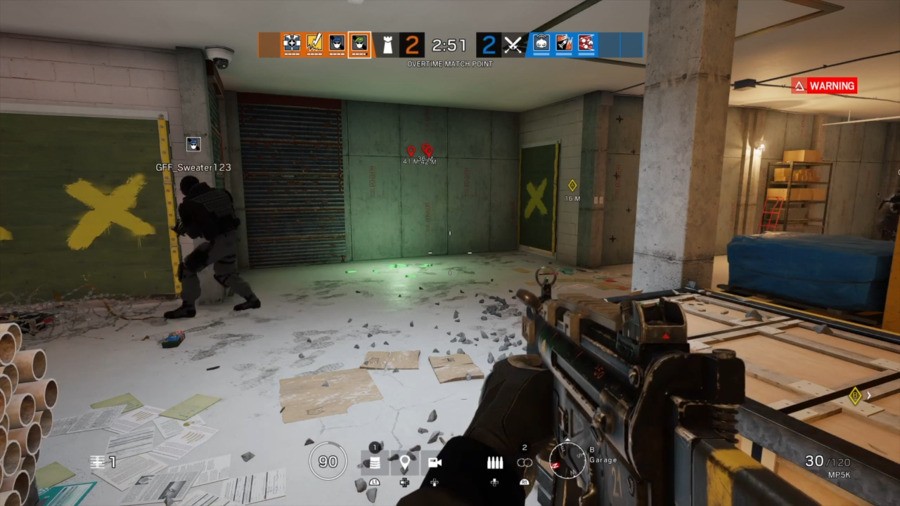 We aren’t going to detail exactly how to be a mouse and keyboard cheater for obvious reasons, though it is depressingly simple. But you need look no further than Ubisoft themselves to see that this is cheating. Mouse and keyboard is not an allowed input option for Rainbow Six on console. There it is. It’s cheating. To enable it, you have to use a third-party peripheral to circumvent this restriction. And it seems that an awful lot of people do.

Where things get messy is watching the kill-cam, only to see a player “reset their mouse”. Many of the mouse and keyboard players use ludicrously high sensitivities, and watching the kill-cam is often a nauseating experience, but nothing gives them away more than being in the process of aiming and you see them pick their mouse off the pad to re-centre it. There are many subtle tells like that.

If it were a rare occurrence, sure I could shrug it off. What am I going to do, not play the game? I don’t think so. But it’s not rare. It’s every game, sometimes the entire lobby outside of myself and my three friends. We notice it less in ranked and folks seem to cheat less there, at least in my experience. But the casual playlists are, there’s no other way to describe it, pathetic. Combine the mouse and keyboard cheaters with the sheer volume of smurfs, and it becomes hard to recommend playing casual at all. The only way to enjoy the game is to play ranked, and to play with friends, ideally a full team worth of them. The solo Rainbow Six experience isn’t something I’d wish on anyone. 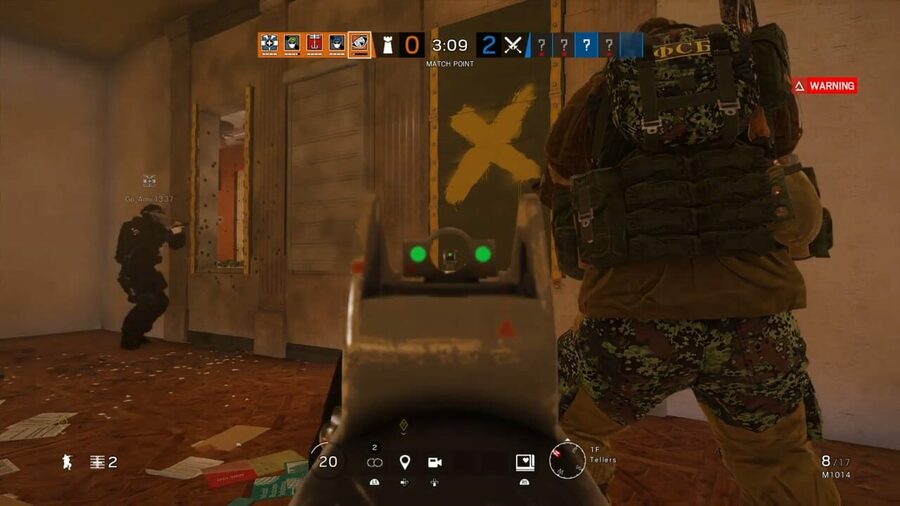 But what to do about the cheating? Toxicity has been addressed plenty, but the approach to mouse and keyboard cheating seems to be a noncommittal shrug. Ubisoft doesn’t have mouse and keyboard enabled as an option, and seem to think that’s good enough. But the fact that I’m lucky to have a fun game maybe every third match says otherwise. Especially when compared to other huge games like Fortnite which at least try and prevent it.

The solution is not to throw your hands up in the air and say “well, we tried”, shrug, and move on. If the goal is to continue growing the game’s fanbase, the cheating and toxicity are huge issues, especially considering the game’s insane learning curve. What you end up with is a miserable experience, where every night I sign off not when I’ve had my fill of fun, but rather I get too disgusted with the experience to possibly continue for the night. There is a perfect quote from the latest season of the show Curb Your Enthusiasm. Larry David is angrily departing the home of his best friend, Richard Lewis, with the pair mid-row. Before slamming the door shut, David shouts, “F**k you, and I’ll see you tomorrow”. If that doesn’t describe my relationship with Rainbow Six: Siege, then nothing does. 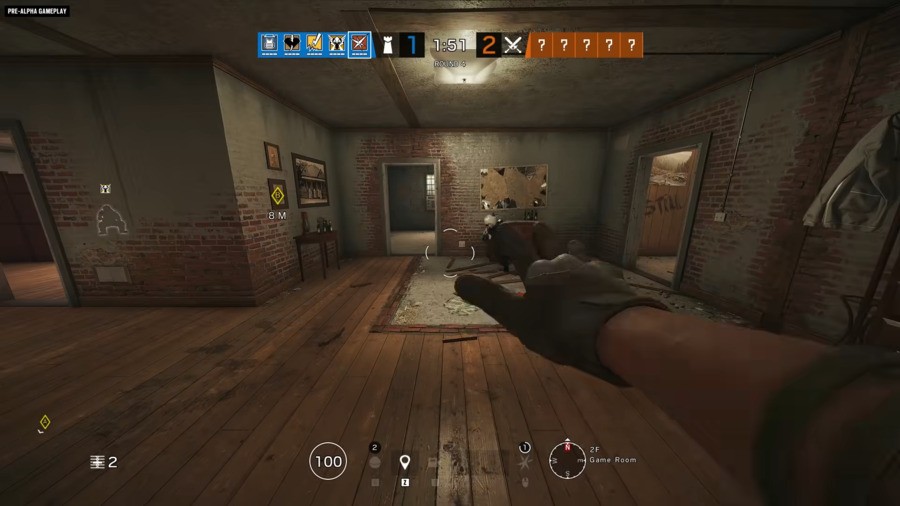 What’s your relationship with Rainbow Six: Siege look like? Are you as frustrated as Graham with the state of the Ubisoft first-person shooter? Blast us in the back in the comments section below.