Howdy folks, I’m Toby Ragaini, the content director at Proletariat, the developer of Spellbreak. Spellbreak is a competitive, free-to-play, third-person spellcasting game where you unleash powerful magic as you battle other players for supremacy. With the launch of Spellbreak’s first chapter, The Spellstorm, I wanted to introduce the fantastic fictional world that the game takes place in.

The area now known as the Hollow Lands was once a peaceful and prosperous part of Velnor called the Highlands. Home to the Five Hand Alliance, five kingdoms joined together, pledging to protect and defend one another for the good of their people. But such unity came at a cost.

The Vowkeepers, a once obscure, priestly order that believed that magic was a destructive and ultimately corrupting influence, convinced the rulers of the alliance to ban all spellcasting. While there was initially some resistance to this, the Vowkeepers were successful in winning the hearts and minds of the people. As the years passed, those few who persisted in using magic in secret were considered dishonorable Vowbreakers, criminals and heathens with no respect for the sanctity of human life—and life might have continued that way, if not for an event that would literally reshape the world.

The Fracture was an enormous explosion of magical energy so powerful that it split the Highlands asunder. Huge rifts opened up and waves of magical energy permeated everything for miles in all directions. The effects of this energy were unpredictable and inconsistent. Many living things died instantly while others were seemingly unaffected. Curiously, some objects were affected in subtler ways…ways that seemed to defy the very fabric of space and time itself.

Had the Fracture been a singular event, the hardy people of the Highlands would have recovered and continued on with their lives. But sadly, this was not the case. For reasons that are yet to be understood, the Fracture preceded another even deadlier disaster.

The Spellstorm, an enormous cyclone of destructive magical energy, descended on the Highlands soon after the Fracture and in its wake, very little would survive. Any living thing caught within the Spellstorm’s fury would eventually succumb to its enervating effects, leaving behind nothing but dust.

Banehelm, Bogmore, Dustpool, and even mighty Halcyon were all devastated. In less than a day, the once bucolic Highlands were rendered uninhabitable, and the ruins became known as the Hollow Lands. 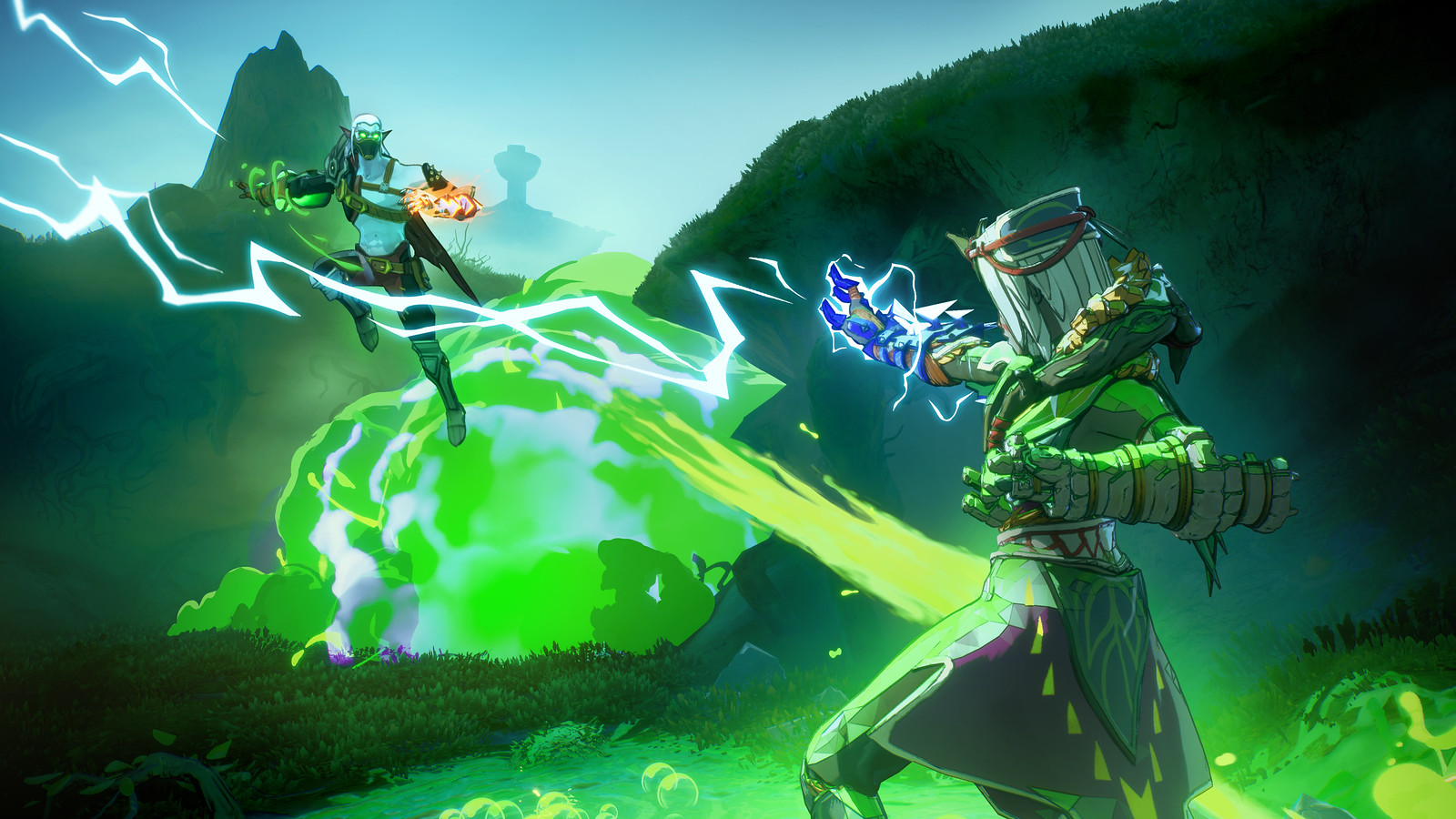 What few survivors there were fled to the relative safety of the sole surviving kingdom, Longwatch. The Spellstorm never expanded into the mountains and valleys of this isolated realm, and this may explain its salvation. Long the center of military strength in the Five Hand Alliance, Longwatch now houses a crowded and anxious community of refugees.

With their future hanging by a thread, the people of Velnor are desperate for deliverance. Can a scrappy group of maligned Vowbreakers solve the mystery of the Spellstorm? Find out in today’s update, Chapter 1: The Spellstorm.

Animal Rescuer is a game where you fight ninjas to free animals from wooden cages, and it's real

Animal Rescuer is a game where you fight ninjas to free animals from wooden cages, and it's real