Tales of Arise will have anime cutscenes made by Ufotable

Bandai Namco has published more new information and screenshots for Tales of Arise. A couple of the new images revealed that the game will have anime cutscenes created by ufotable. The anime scenes will play on not only the opening movie but also at certain points in the storyline.

The Japanese press release also added more descriptions of locations that the party will visit on planet Dahna. It also newly introduced the first villain character in the game. These details further supplement previous coverages that confirmed the global release dates and revealed Rinwell and Law, two characters who would eventually join Alphen and Shionne’s party.

Calagria is a country of conflagration with swirling ashes. Fire spews out from everywhere on the barren lands consisting of sand and rocks, the resulting smoke even dims sunlight down. A gigantic fuel refinery machine can be seen moving slowly above one’s head; that machine is being moved by mostly human labor.

This is where the main story will begin. Shionne, who is being chased by her brethren, will meet Alphen who is living here as one of the slaves. Law also originally came from this country. 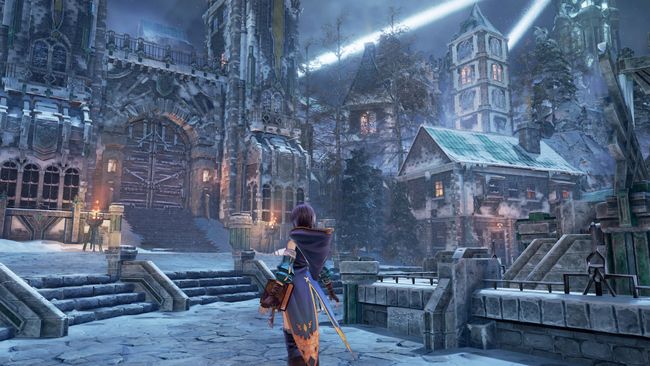 Cyslodia used to be called a country basked in light. Under a Renan civil structure and unending snow, people have to protect themselves from not only leaders but even fellow brethren as well. The light that shines the brightest there is an artificial light that was ironically built by the Dahnans.

Rinwell will bring Alphen and Shionne to this country to rescue the resistance group. However, they will be confronted by Law, who works in the country’s Rena-established police organization. 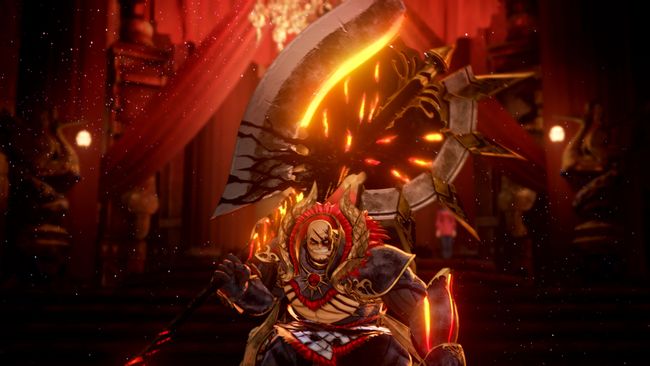 The first villain character in Arise is also introduced. Viezo (voiced in Japanese by Fumihiko Tachiki) is the Renan ruler of Calagria who collects Fire Spirit Power while ordering the Dahnan slaves to do severe labor. He flaunts his tyranny to not only the Dahnan slaves but even to his Renan underlings as well. But behind all that, he is secretly in a hurry to raise more results than other regional rulers.

Most of the new screenshots showed more examples of special attacks in the game. Boost Attacks can be triggered at any time during a battle, and a character will perform a support action suitable to the situation. Boost Strike is a finisher attack performed by multiple characters after certain conditions are satisfied.

Tales of Arise will be released first in Japan for PlayStation 4, PlayStation 5, Xbox One, and Xbox Series X on September 9. The Western release and the PC version on Steam will follow a day later on September 10. Shortly after last week’s release date confirmation, Bandai Namco America and Europe also published more than 60 screenshots as well as details on limited editions and pre-order bonuses.

How to get into PC gaming without actually having a PC

Matching Epic, Microsoft is slashing what it takes from developers to 12%

Matching Epic, Microsoft is slashing what it takes from developers to 12%