The Craziest Xbox Stories We Saw In 2020 – Feature

It’s been a busy old year in the world of Xbox in 2020, culminating in the release of both the Xbox Series X and Xbox Series S this past November. Pure Xbox also re-launched earlier this year back in March, and since then we’ve reported on thousands of stories – some of them far wackier than others!

We’ve gone back and rooted through these articles to find some of the craziest stories we’ve covered over the past year, from smoking Xboxes to console leaks, as well as a particularly massive acquisition… 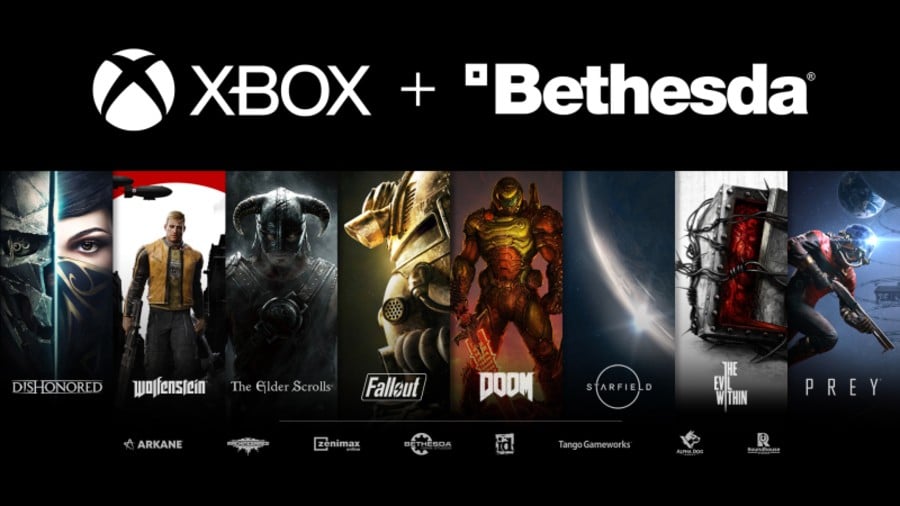 In a year which saw the release of the Xbox Series X and Xbox Series S, there arguably wasn’t a bigger story than Microsoft announcing its intent to acquire ZeniMax Media, parent company of Bethesda Softworks for a cool $7.5 billion in cash, described by Microsoft as a “landmark step” for the brand.

“Over the last few weeks, we’ve been excited to share more detail on important elements of a plan we’ve been building towards for years. A plan that is the fulfilment of a promise, to you the Xbox player, to deliver the most performant, immersive and compatible next-generation gaming experiences, and the freedom to play blockbuster games with your friends, anytime, anywhere. Today is a landmark step in our journey together and I’m incredibly energized by what this step means for Xbox.” 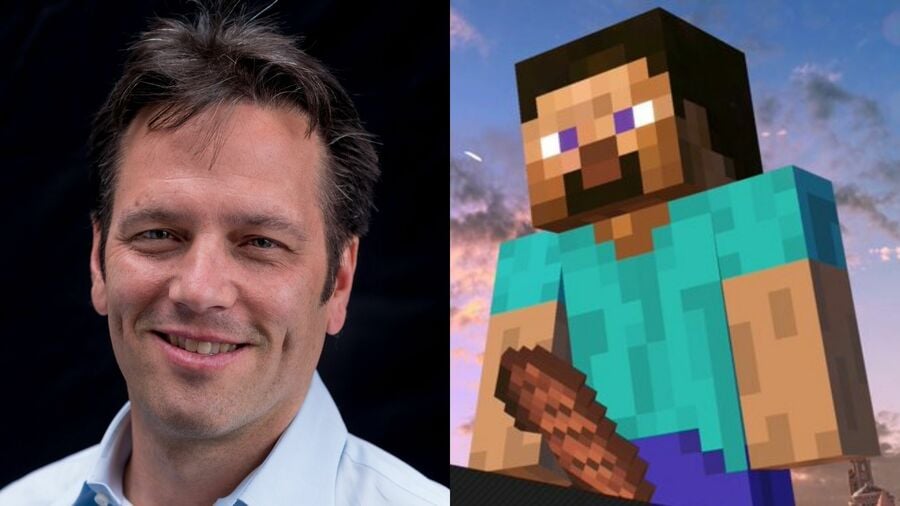 There was a lot of attention surrounding Minecraft Steve’s addition to Nintendo game Super Smash Bros. Ultimate when his victory screen was shown to be inappropriate to say the least, so of course the gaming media wanted to know Xbox boss Phil Spencer’s thoughts on it – he initially didn’t even believe it was real!

Spencer: [long pause] Yeah. Who did that?

Kotaku: That’s the real image. I’m not, I’m not, like, trolling you right now or something like that. It’s weird… I guess that’s a piece of meat. Some people thought it was the pick axe and it kind of just hovers there, so.

Spencer: I assume that will be fixed.

3. After Years Of Rumours, The Xbox Series S Leaks Online 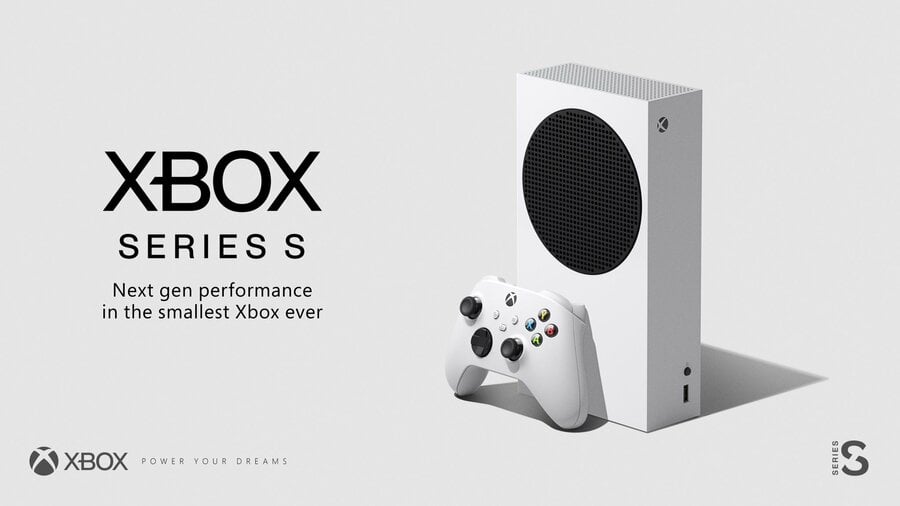 Xbox Series S rumours were all the rage in the months and years leading up to its reveal, so none of us expected it to leak online mere days before the official announcement. Microsoft hurriedly responded by acknowledging its existence, and various execs went on to describe the leak as “frustrating” and a case of “theft”.

“Although we’re still waiting for an official reveal from team Xbox, Microsoft insider Brad Sams is believed to have just shared a ‘first look’ at the Xbox Series S, code-named ‘Lockhart’. It will apparently retail for $299 USD. According to Sams, this “was posted to the internet earlier today” and includes ‘a still that has leaked from some sort of promotional video’.” 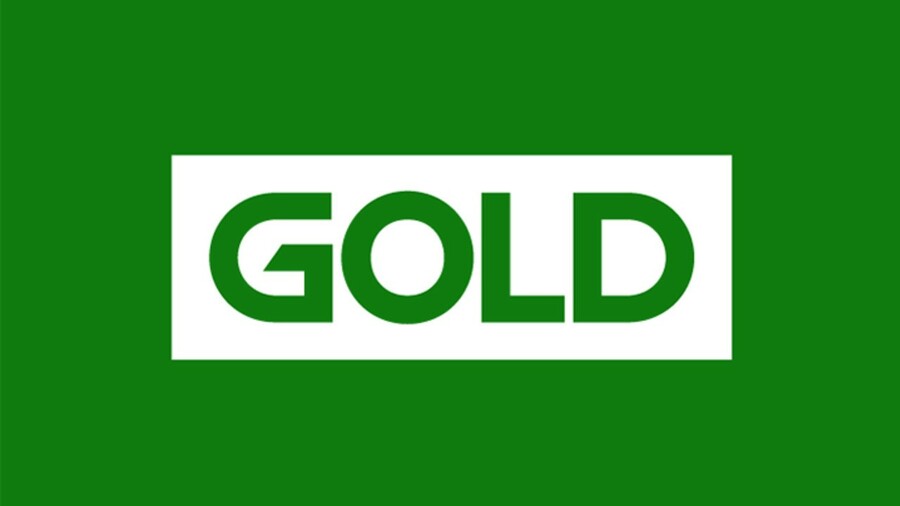 There’s been a lot of talk about Xbox Live Gold in 2020 and whether Microsoft is planning to remove the service at some point in the future – and while there’s no sign of that just yet, the company did cause a splash by confirming that it had removed the ability to buy 12 months of Gold from the Microsoft Store earlier this year.

5. Xbox Warns Consumers Not To Lick The Series X 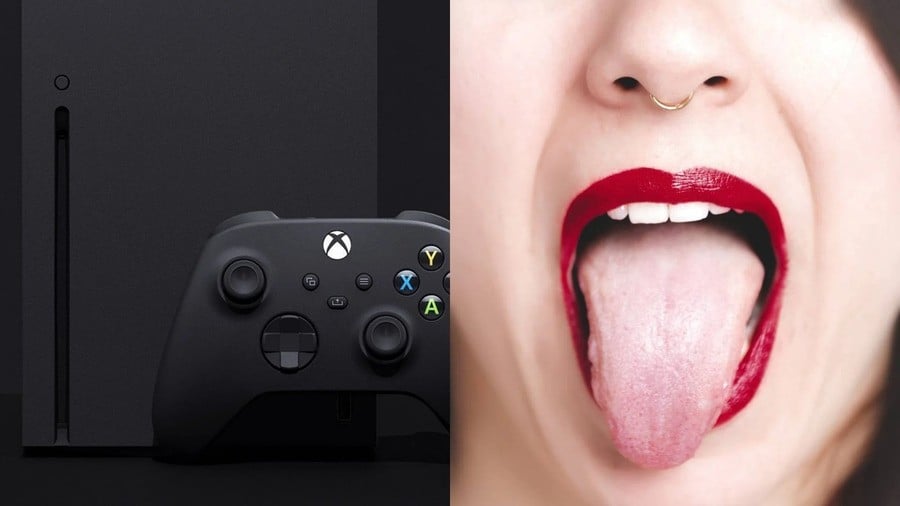 When a new form of gaming hardware comes along, there’s always someone that decides to try and lick it, and this actually prompted a Microsoft employee to issue a warning earlier this year. Taking to Twitter, Xbox social media manager Stein implored fans and the press not to the lick the Xbox Series X or its controllers…

“I can’t believe I have to post this but don’t lick your Xbox Series X or the controllers. I’ve seen about 4 press friends lick it in posts now and I get it, next gen is lookin delicious but damn.” 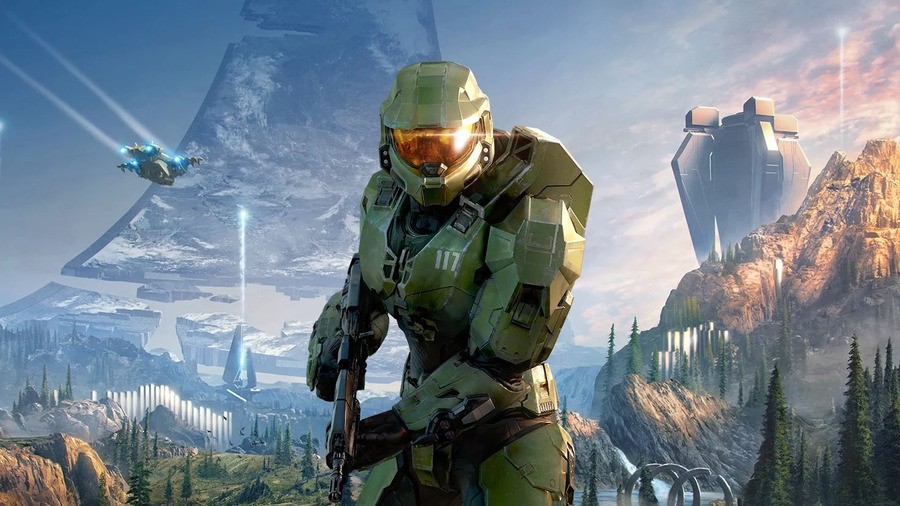 The next entry in the Halo series looked all set to be the showpiece launch title for the Xbox Series X on November 10th, but following a mixed reaction to its World Premiere Gameplay Trailer at the Xbox Games Showcase in July, 343 Industries and Microsoft made the announcement that Halo Infinite was being delayed to 2021.

“The decision to shift our release is the result of multiple factors that have contributed to development challenges, including the ongoing COVID-related impacts affecting us all this year. I want to acknowledge the hard work from our team at 343 Industries, who have remained committed to making a great game and finding solutions to development challenges. However, it is not sustainable for the well-being of our team or the overall success of the game to ship it this holiday.”

Xbox Game Pass was already packed with hundreds of great games prior to September 2020, but Microsoft improved the deal significantly for Ultimate members by surprisingly introducing 80+ more titles to the service in the form of EA Play. And the best bit – it’s available at no extra charge! 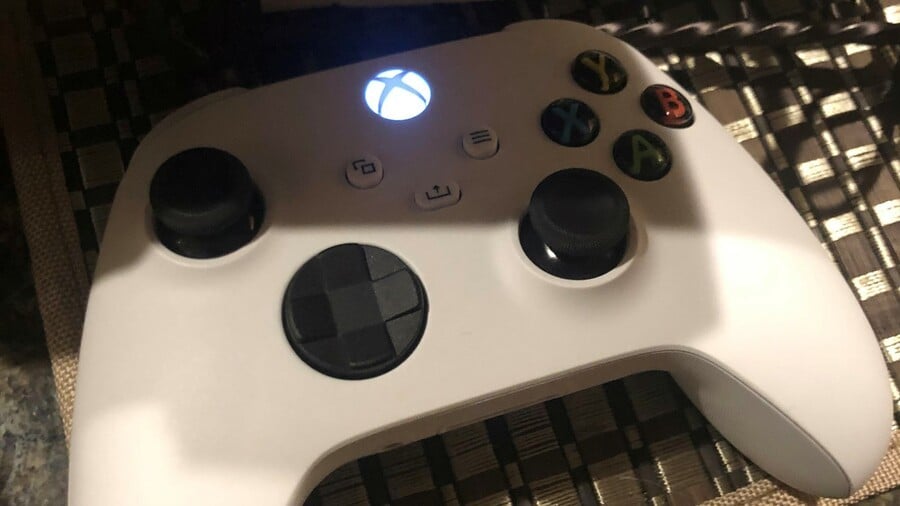 Remember this picture? This was our first look at the Xbox Series S ‘Robot White’ controller, and it was reportedly snapped at a party in Washington, hosted by the child of a Microsoft employee. The image was posted to Reddit before the post and the account were subsequently deleted. Talk about a big blunder…

“This picture of a white Xbox Series X controller has suddenly appeared online via the Xbox Reddit page, although there are doubts as to whether it’s the real deal. All we have to go on is this image so far, as no further evidence has been provided at the time of writing. The full photo shows the controller underneath what appears to be a pizza box of all things!” 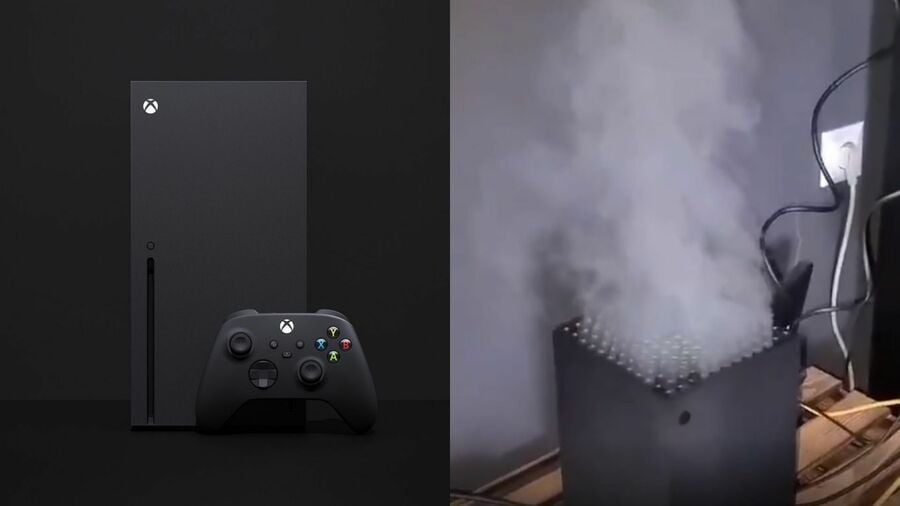 Now we know you remember this one. Earlier in November, videos started appearing online showing the Xbox Series X seemingly emitting a large amount of smoke. However, it was later revealed that this could easily be faked with a vape pen, leading Microsoft to issue the most bizarre warning of the year.

“We can’t believe we have to say this, but please do not blow vape smoke into your Xbox Series X.” 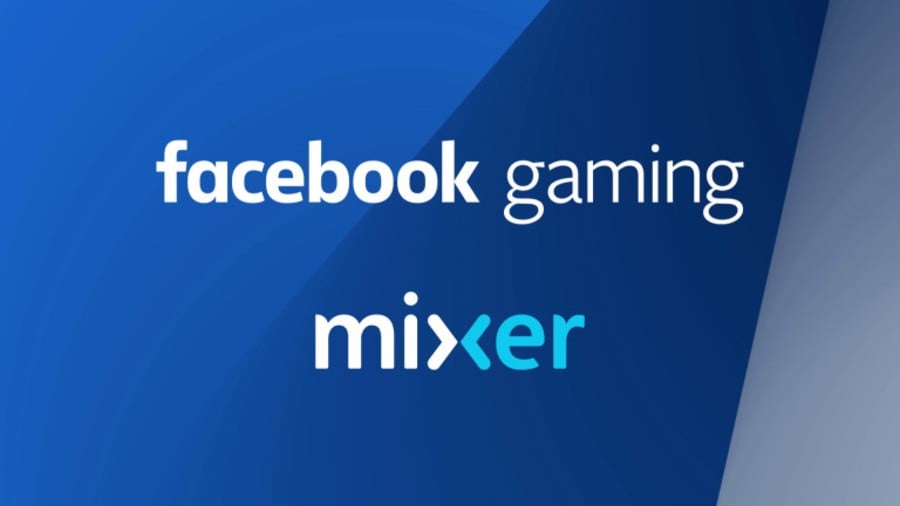 It was a shock earlier this year when Microsoft announced it was shutting its livestreaming service Mixer, teaming up with Facebook Gaming to allow the community to transition over. Microsoft said at the time it would be using Project xCloud to debut “click-to-play scenarios” within the Facebook Gaming and Instagram communities.

“It became clear that the time needed to grow our own livestreaming community to scale was out of measure with the vision and experiences we want to deliver to gamers now, so we’ve decided to close the operations side of Mixer and help the community transition to a new platform.” 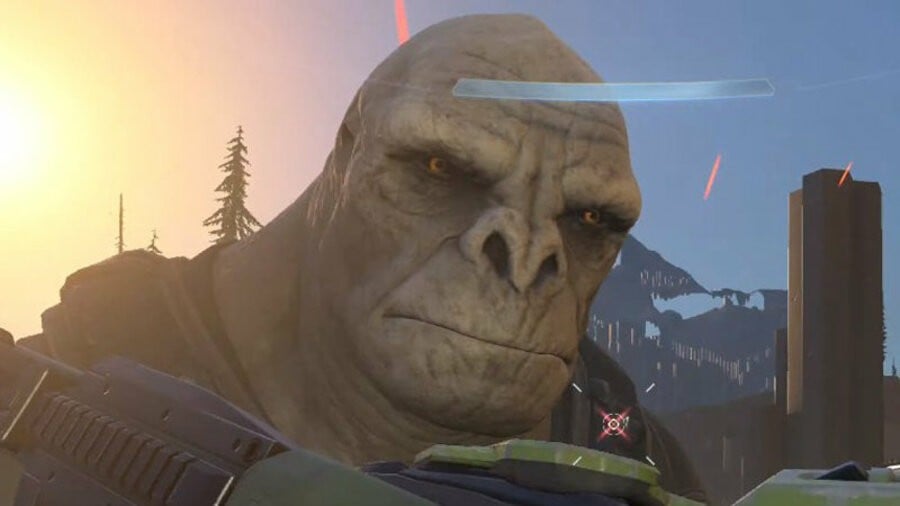 The World Premiere Gameplay Trailer of Halo Infinite garnered a mixed reaction back at the Xbox Games Showcase in July, and some fans used a screengrab of a brute to highlight the so-called poor visuals. However, that brute became beloved by a large selection of the Xbox community – and the meme grew so rapidly that Xbox boss Phil Spencer even went as far as to call the newly-christened Craig “our new official Xbox mascot”. 2020, eh?

Phil Spencer: “Our new official Xbox mascot love the community and their ability to just take something fun and run with it.”

343’s Brian Jarrard: “So are we in agreement the poor deadpan Brute is named Craig? I now really want to know more about Craig. What’s he up to? How has his time on the ring been? When he’s not getting smacked in the face what does he do for fun?” 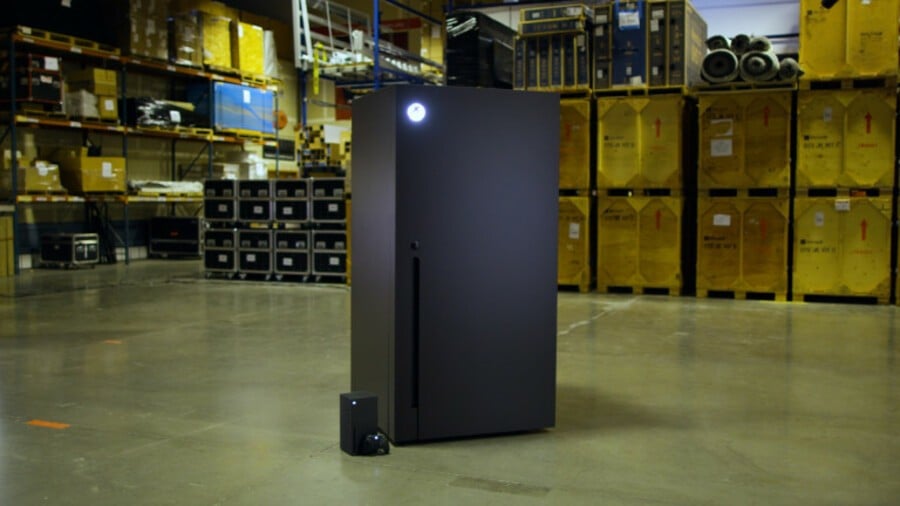 The design of the Xbox Series X has been compared to a fridge ever since it was first revealed back at The Game Awards in late 2019, so the folks at Microsoft decided to build a life-sized fridge to embrace the meme! Rapper Snoop Dogg was the first to show this off, followed by YouTuber iJustine.

“As you can see, the fridge has a large Xbox logo (just like the real thing) and even a (non-functioning) disc drive. On the inside, there’s a birthday cake shaped like an Xbox Series X, plenty of Xbox bling, and an actual Series X!”

What other crazy Xbox stories do you remember from this year? Let us know in the comments below.

Latest EDGE reviews plus The EDGE Awards 2020 – My Nintendo News