Like Ramona skating into Scott’s life, PlayStation fans fell hard for Scott Pilgrim vs. The World: The Game when it hit PS3 in 2010. To develop the lovingly retro-inspired adaptation of Bryan Lee O’Malley’s story, Ubisoft partnered with talented creators like pixel artist Paul Robertson and chiptune pop / rock band Anamanaguchi. The art and sound gelled magically with the co-op beat ‘em up gameplay — an instant classic was born.

A decade later, Ubisoft is rereleasing the nostalgic side-scrolling adventure. To mark the occasion, we conducted a Q&A interview with Anamanaguchi. The band reflects on the critical reception of the game, the evolution of their music since 2010, favorite characters, and more.

Scott Pilgrim vs. The World: The Game – Complete Edition contains the original adventure, plus playable DLC characters Knives Chau and Wallace Wells. It launches on PS4 January 14, and is playable on PS5 via backwards compatibility.

PlayStation.Blog: When you see or hear the name “Scott Pilgrim” these days, what is the first thought or emotion that comes to your mind?

Peter Berkman: That the game is finally being re-released!

Luke Silas: When I hear “Scott Pilgrim,” I remember the funny little tattoo of Scott in a tanuki suit that I got after we finished the soundtrack in 2010.

PSB: Which playable character is the favorite of each Anamanaguchi member, and why?

PB: I didn’t get a chance to play the game after the DLC came out, so I’m gonna play as Wallace when I can.

Ary Warnaar: I’m really bad at this kinda game, so I’d honestly rather watch the rest of the band play… but Kim Pine.

LS: I play heavies, so I go with Ramona and do lots of big hammer hits.

PSB: What track from Scott Pilgrim vs. The World: The Game do you feel best represents Anamanaguchi’s sound in 2010?

PB: Probably the theme song – we wound up releasing a lot of singles that summer – one of them was another song in the running for that!

LS: I think either “Another Winter” or “Just Like In The Movies,” those were both as nuanced and punky as our non-OST material back then! We’ve expanded a lot, but at that point I think most people considered us pretty splashy and fun like those levels.

PSB: What track from Scott Pilgrim vs. the World: The Game do you feel best represents Anamanaguchi’s sound in 2021?

AW: I really like the chord progression in “Vegetable Rock.” Kinda grunge-y. I’ve been looping it and playing it back at half-speed recently.

LS: “Leave The Past Behind!” It’s dynamic and bittersweet, and has a lot of different energies in one song. Feels like something we might work on today.

PSB: The track “Another Winter” perfectly captures the Scott Pilgrim world’s vibe of fun and melancholy. As players listen, what is happening on a musical level to evoke those feelings?

PB: I personally love the tension of 7th chords and 9th chords – stacks of complicated feelings – and it’s all over a lot of our music. In that song there’s some cute little call and response that breaks to a long yearning kind of melody. I had just had my wisdom tooth taken out, haha. In that song everything’s really held together by the drive of the drums. Revisiting a lot of these songs it’s funny how the tracks in major keys feel a bit melancholy and the ones in minor keys feel a bit energetic.

PSB: Why do you think Scott Pilgrim vs. The World: The Game achieved such adoration from players that has persisted over the years?

PB: I think so much of it comes from the feeling Bryan (Lee O’Malley) was able to tap into with his comics. As for the game itself, it’s really for people who love games. The art is really sick. Everybody involved really wanted it to be good so they put a lot of care and little unexpected details into it. ‘They didn’t need to go so hard’ goes all around there. It’s a kind of “love letter” to having friends over and playing beat ‘em ups on the couch with some snacks.

AW: On top of that, I think the art is a big part of the longstanding appreciation of the game. It’s definitely aged well. Paul Robertson really brought out the best of this style of pixel art, without ever being stuck in the “retro” world.

PB: True! Kinuko (Mariel Kinuko Cartwright, artist) and Persona (Jonathan Kim, artist) brought so much of that animation to life, too.

PSB: Did you have to adapt or adjust your general musical sound to suit the world of Scott Pilgrim, or was your signature sound of the 2010 timeframe already a perfect fit?

PB: Our style was a natural fit for the general vibe, but it was a lot of fun to flex and adapt for certain moments that a ‘band playing shows’ doesn’t normally get to do. Like a bossa nova shop theme, or boss songs.

AW: There were a handful of prompts that took us out of our comfort zones. Some of those styles were definitely just for the game, but others started to shape sounds that became a bit more normal to us. Dance-tempo four to the floor tracks were a pretty new thing to us back then! 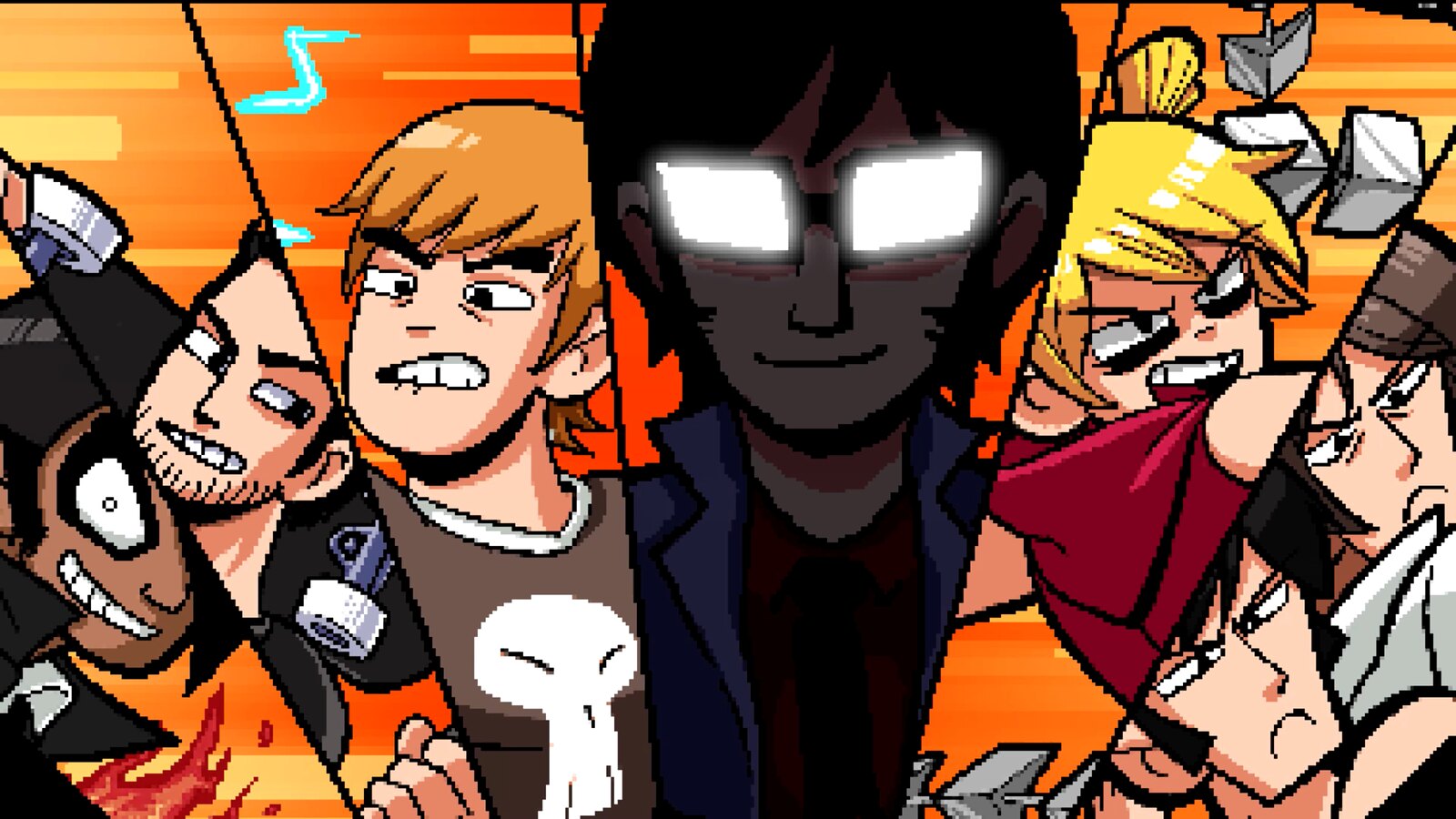 PSB: Looking back, which track from Scott Pilgrim vs. The World: The Game is your favorite?

JD: “Just Like in the Movies” is a really fun one to play and also makes me happy.

AW: There’s a super short interlude, called “Kiss 2” as far as I know, that I think is still very pretty.

LS: There’s a full version of “This Is The End,” the “perfect ending” music, that hasn’t been released before; not to be a tease, but for me it’s gotta be that. Maybe everyone will get to hear it more readily someday soon.