by Liam Croft 36 mins ago 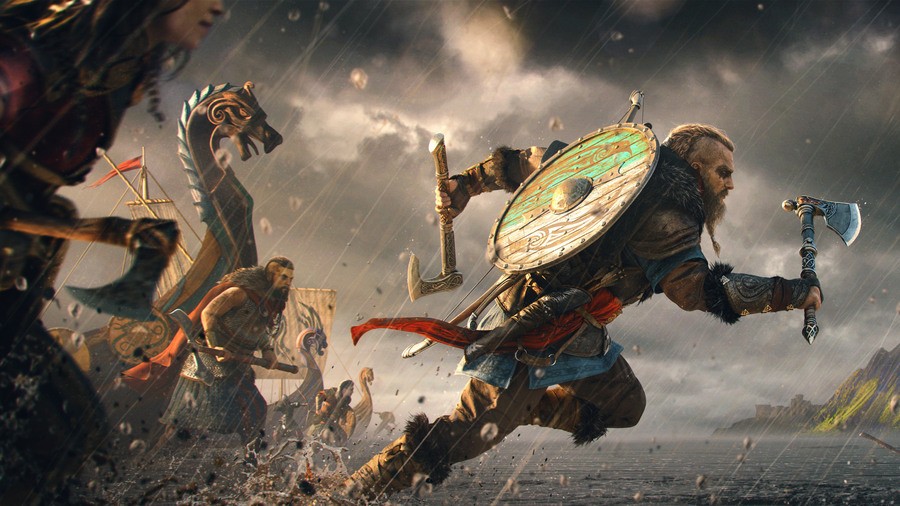 The accolade might not be quite as celebrated as the UK singles chart (remember when The X Factor dominated that thing?), but Ubisoft must surely be pretty chuffed with bagging top spot in the UK gaming sales chart for Christmas time. Assassin’s Creed Valhalla marks the first time both the franchise and publisher have been in first place for the week that includes 25th December. It moved up four places after recording a 66% increase in sales, while last week’s top performer went in the opposite direction. The controversial Cyberpunk 2077 finds itself in third position as CD Projekt RED suffered an 80% drop in physical sales. That is fairly normal for big releases, but you have to imagine the negative press had some sort of impact on how many copies found their way into the hands of consumers.

Elsewhere, Call of Duty: Black Ops Cold War holds firm for another week in second place while FIFA 21 gains ground in fourth. Marvel’s Spider-Man: Miles Morales jumps up another two places compared to last week in sixth, while GamesIndustry.biz notes a 374% sales increase for The Last of Us: Part II and 208% for Ghost of Tsushima. That saw the two PlayStation 4 exclusives rise to 30th and 34th in the UK sales chart respectively.

Miyamoto says aside from the Nintendo theme parks, he’s been working on mobile games – My Nintendo News

Miyamoto says aside from the Nintendo theme parks, he’s been working on mobile games – My Nintendo News