This was never going to be a huge write-up for me, as I already checked out Shiravune’s work on the other Utawarerumono PC ports last year, and had reviewed NIS America’s PS4/Vita localization for Utawarerumono: Prelude to the Fallen last May. As boring as that is, that means I don’t have too much new to share with this article; most of my complaints about the PC port can be found in my article about the Mask of Deception/Truth PC ports, and my thoughts on Prelude to the Fallen as a game can be found in my initial review. There are, however, still notable points to go over with Shiravune’s latest release; so let’s get right to it.

Utawarerumono: Prelude to the Fallen Requirements and Settings

These are identical to the other games in the series on PC. In other words – your PC will be able to run this game, more likely than not. Like I mentioned last time around, I don’t quite understand why there’s even a difference between the minimum and recommended specification, considering that the game is locked to a 720p/30FPS presentation, and with no graphical options to speak of. 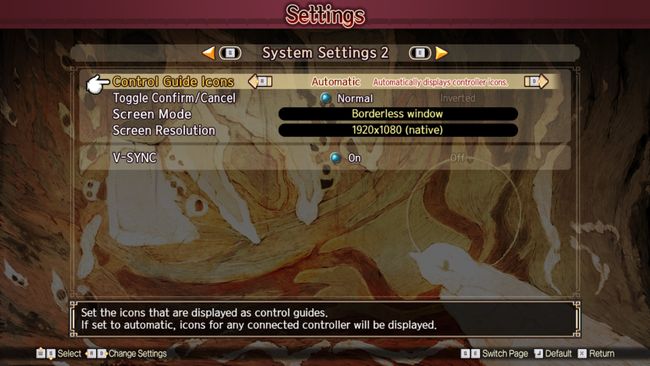 The only difference this time around, as far as the settings menu is concerned, is that players (much like on the PS4 release) have the option of using the original soundtrack, rather than the new one. Everything else is identical. Nintendo Switch Pro Controller button icons are also now available, but those have been patched into the previous ports at the same time as Prelude to the Fallen’s PC release.

Much like before, the output resolution option is frustrating – as the game maintains the 720p/30FPS lock of the other entries in the series on PC. I went out of my way to test it last time, and the engine supported higher internal resolutions when Mask of Deception or Mask of Truth’s Japan-only PS3 versions were played on an emulator – so you’d expect it to be possible on PC as well. That’s still not the case. I won’t get on Shiravune’s case about this as much as I did last time – Prelude to the Fallen’s PS4 release was also only 720p, for some asinine reason. The core of the issue likely lies with Aquaplus, which is a shame.

This does, of course, mean that the kerning of the text still doesn’t look great when upscaled from 720p. Regardless; it’s no worse than what you’d be getting on PS4 or Vita, on the technical side. What does work in this port’s favor, however, is the translation! 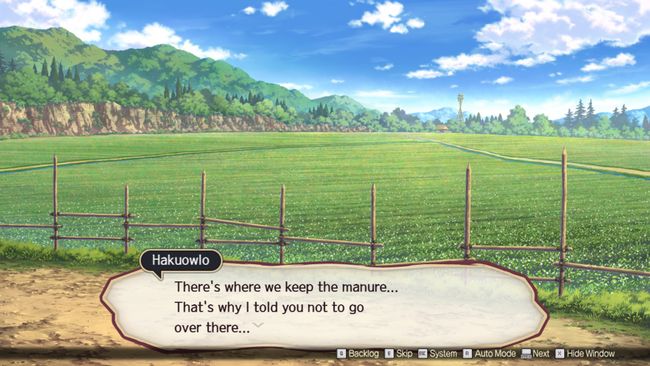 NISA did an alright job on Prelude to the Fallen’s original PS4 translation. It wasn’t as good as Atlus’ work on the sequels, for sure, but the majority of the translation was more than acceptable. One lingering issue (that never got patched) were a handful of lines that felt incredibly out of place. Ones where Hakuowlo would aggressively cuss (something that is very much antithetical to his character), odd word choice, and more. Technically Shiravune did editing passes for Mask of Deception and Mask of Truth, but by sheer virtue of the quality of those initial localizations, whatever changes they made were more or less invisible. That’s not quite the case here.

Simply put – while Prelude to the Fallen’s PC translation still doesn’t quite match the heights of the sequels, the few glaringly obvious translation errors and odd lines have been fixed. Yay! Unless NISA ends up patching the PS4 and Vita versions with a similar change, that makes the PC version the clearly definitive way to play Prelude to the Fallen, and to get into the series. My problems with the port aside, I’d have been more likely to recommend playing the series on PC going forward anyways due to the digital NA release of Mask of Deception and Mask of Truth being delisted on PSN the very same day that Prelude to the Fallen’s PC port went live – but the additional polish for the translation seals the deal. I still wish the PC ports could be better, but if you’re going to play Utawarerumono in 2021 (and beyond), you’re going to want to play the trilogy on PC.