What Can We Expect From Pokémon’s 25th Anniversary? – Feature

It’s Thanksgiving and time for the Macy’s Parade in New York. After float upon float showing various things, in comes a familiar yellow friend. Multiple Pikachu have come and started dancing to celebrate Thanksgiving. However, at the end, something is uncovered… the Pokémon 25th anniversary logo. That’s right, it’s almost Pokémon’s 25th anniversary!

So, as we approach 2021 and this momentous occasion, let’s think about what Pokémon fans the world over might have to look forward to in the coming year.

Just five years ago was the Pokémon 20th Anniversary celebrations (that’s right, we did the math). It feels like almost yesterday and also a lifetime ago. What exactly did we get during that year?

In the West, the celebrations went full on and we had a “Mythical Year”. Each month during 2016, there was a celebration of a Mythical Pokémon with distributions for Pokémon X & Y/Omega Ruby & Alpha Sapphire, as well as TCG products and merchandise. The main games were building towards the start of the 7th generation with Pokémon Sun & Moon and Pokémon GO hit right in the middle and brought PokéMania back to the forefront in a mainstream manner not seen since the late ’90s. It made Pokémon truly a household name again. It was a great way to celebrate two decades of the series, but the question now is: How can the 25th anniversary possibly match it? Let’s look at some possibilities point-by-point.

Main series games are always the focus for fans, the driving force of the franchise. They dictate how the next three or four years progress. However, unlike the 20th anniversary, this year we are in the middle of the eighth generation and it’s unlikely we’d be building up to the next one. With Pokémon Sword & Shield being the best selling Pokémon games this side of the year 2000, we should think about how Game Freak and The Pokémon Company can follow it up. 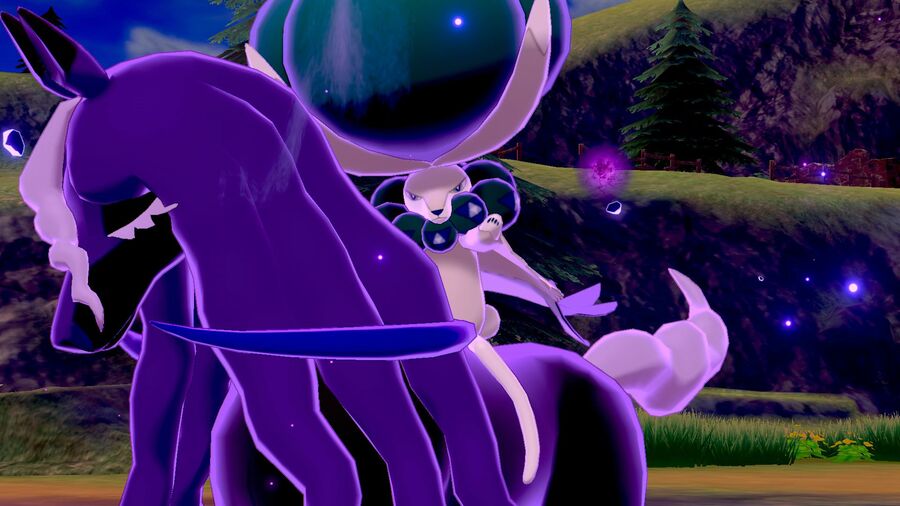 Enhanced versions are no longer on the table and have been replaced with DLC, so that leaves a remake of a previous game (a new Let’s Go! version of the Gen II Johto games seems like a no-brainer, at least from a business perspective) or something entirely new but still running on the same engine as Sword & Shield.

The fan community thinks Diamond & Pearl remakes are next, and have been thinking it since 2017. Will this year be the time it happens? We must also remember that Game Freak do like to surprise us, so the possibilities are endless!

There are four different spin-off titles that we know of in development at the time of writing, and several of them are likely to hit in 2021.

First up is the Nintendo Switch title, New Pokémon Snap. This is the sequel and follow-up to the much beloved 1999 Nintendo 64 classic. While we don’t know much about what it will contain, it’s highly likely we’ll be getting this game during Pokémon’s 25th anniversary year.

Pokémon Sleep is a mobile game that got unveiled in 2018 that is one of the most enigmatic games we can even conceive of. Details are very scarce for this game but the concept of it is to track your sleep utilising the Pokémon GO Plus + and to use it to interact with and catch Pokémon. It’s possible that development of the game has stopped (it was originally supposed to launch this year) which is why we’ve heard nothing since, but it is possible it will come out and could even be — wait for it — a sleeper hit. 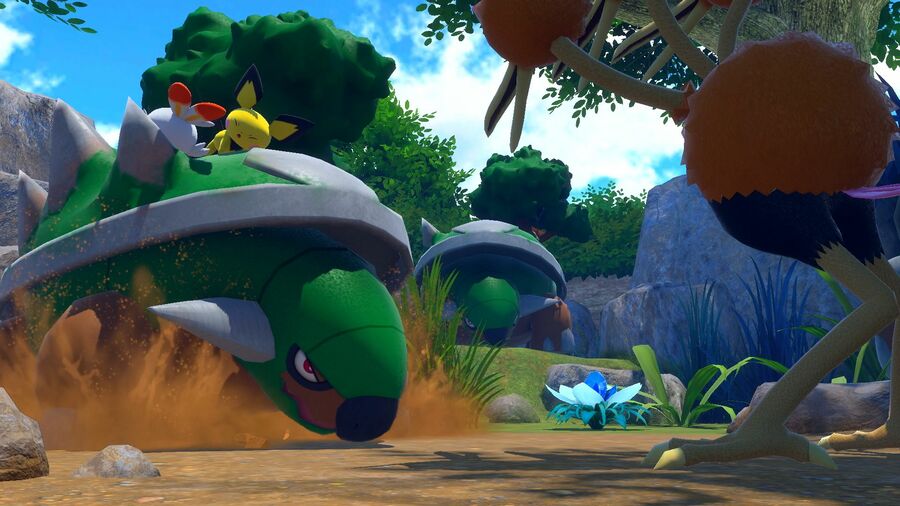 Also revealed in 2018 was Detective Pikachu ‘2’ on the Nintendo Switch. When it was announced, it was clear that it was early in development (it didn’t even have an official name yet), so whether it will be ready in 2021 is a valid question. With the movie based on its 3DS predecessor being a massive success, it’s certainly a game to look forward to.

There’s also a very contentious game that is likely to come out next year. Pokémon UNITE is a mobile and Switch title developed by TiMi Studios & The Pokémon Company and has you play with four other players against another team of five in a huge battle arena game. With Pokémon being the largest media franchise in the world and MOBAs being the biggest video game genre in the world, the game arguably has the potential to hit Pokémon GO heights of engagement and activity, especially in the markets in Asia. However, the game’s reveal in the West did not go down well for a variety of reasons, so whether it will be able to break through in all territories remains to be seen.

Existing games such as Pokémon Masters EX, Pokémon Café Mix and Pokémon GO will also likely have various events to celebrate the 25th anniversary. Pokémon GO just announced one for February, the Pokémon GO Tour: Kanto event where you can catch all Kanto Pokémon in the day and complete research to get a Shiny Mew.

There are definitely going to be things going on in these titles during the celebration year, and — who knows — we could get some surprises there, too.

Pokémon Journeys is continuing onwards in Japan and it in itself feels like a full celebration of the franchise with Ash & Goh going to various regions in the Pokémon World in their stories. Whether or not it’ll have any celebratory episodes with old characters remains unclear.

In terms of movies, the events of this past year have potentially changed things up. 2020’s movie, Secrets of the Jungle, is only coming out in Japan on December 25th 2020, and we’ll undoubtedly get it in 2021. The next question is, will the 2021 movie be still on-track? Will Japan get it in Summer 2021 or will it be delayed? Only time will tell. 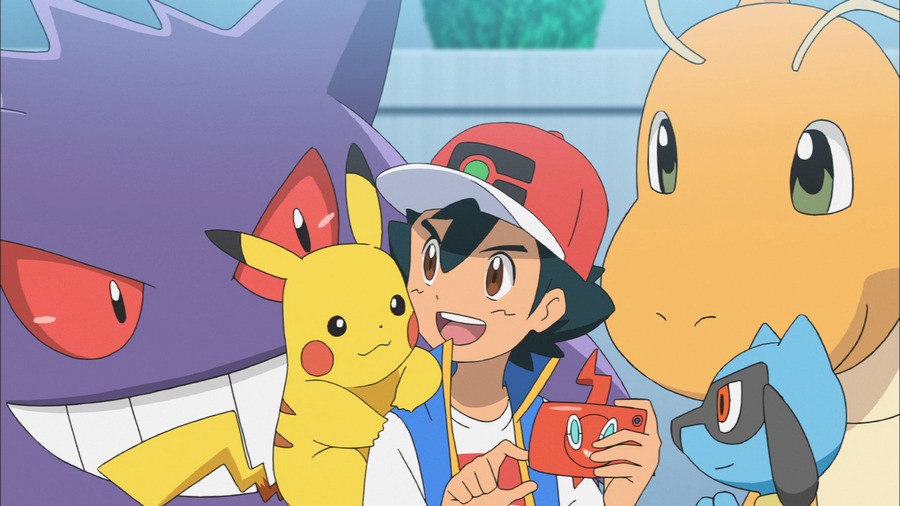 Pokémon itself is not the only thing celebrating the 25th anniversary. 2021 is also the 25th anniversary of Pokémon Trading Card Game. For the 20th anniversary there were two sets that focused on the past: Generations was a set focused on Kanto Pokémon, while Evolutions provided reprints of many of the original cards brought up to the new power levels of the game. We already know that in February, one week before the 25th anniversary, we’ll get Shining Fates, the latest set built around Shiny Pokémon. Besides that, will we see a bespoke 25th anniversary set? Some retailer listings imply that we will but they’re often unreliable so it’s hard to say at this point.

Merch is the area where it’s going to get interesting. Typically, Pokémon merchandise is focused towards the younger audience with plush, toys and so forth, although over the past few years, we’ve been getting more and more adult apparel and recently, a new merchandise line was announced; a premium Poké Ball replica in conjunction with the Wand Company available Pokémon Day (27th February) for $100. This indicates we may get more premium merchandise for the older audience in addition to the products for younger Poké fans.

So with all that in mind, it does seem like there will be a lot for Pokémon fans of all areas of the franchise. Is there anything you’re looking forward to? Anything you want to see? Let’s celebrate Pokémon!

Death Stranding gets a Cyberpunk 2077 update on PC • Eurogamer.net