If you’re eager for a Zelda-like fix while you wait for the new game in the series to arrive, one game you might want to check out is Oceanhorn 2: Knights of the Lost Realm.

It started out as an Apple Arcade exclusive and was eventually released on the Switch eShop in October 2020. Now, in the latest development, physical distributor Limited Run Games has announced it’ll be releasing a hard copy of the game.

Pre-orders will open on 27th September. A standard copy will set you back $39.99 USD and the “fan bundle” is priced at $74.99 USD. This fancier bundle will include both the first game (Oceanhorn: Monster of Uncharted Seas) and the second game, as well as a slipcase. You’ll also be able to purchase the slipcase separately for $9.99 USD. 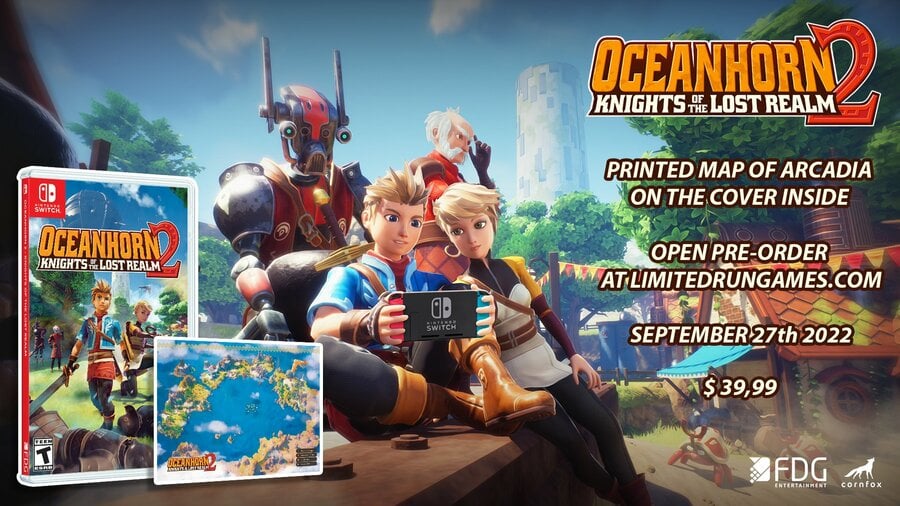 Oceanhorn 2 is described as an “epic” RPG, with 20+ hours of gameplay, massive boss fights, dozens of side quests, and clever puzzles topped off with “beautiful, handcrafted” graphics (via Nintendo.com). You can learn more in our Nintendo Life review.

Would you be interested in adding this one to your physical collection? Tell us in the comments.